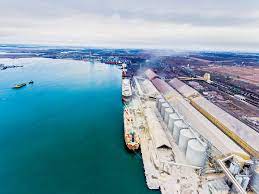 TWENTY-ONE Filipino sailors from MV S-Breeze have been in Chornomorsk, Ukraine since January 27, 2022. Their vessel, a Liberian-flagged bulk carrier, was in drydock for repairs at Ilyichevsk Naval Park in the Port of Odessa.

Then, on February 25, Russia began invading Ukraine by land and sea.

The coastal town of Chornomorsk in southwestern Ukraine suddenly became alarmed when bombs were heard 20 km across the Black Sea.

The DFA does, however, have a young honorary consul, Victor Gaina, a Moldovan businessman who is managing director of Media Security based in the capital Chișinău.

In a statement, the FDFA merely confirmed that the sailors “arrived safe and sound” in Moldova, thanks to the coordination of the Philippine ambassador to Hungary Frank Cimafranca, who has jurisdiction over Moldova, and the consul gaina.

The BusinessMirror asked Consul Gaina for comment, but he declined, saying he was “very busy”.

The sailors arrived in two batches, the first on February 27 and the second on March 1.

The MV S-Breeze is the third ship with a Filipino crew that has been caught up in the Russian-Ukrainian conflict.

Previously, two ships off the Black Sea had also been hit by missiles: the Japanese bulk carrier MV Namura Queen and the Moldovan chemical tanker MV Millennial Spirit. A Filipino sailor was injured at Namura Queen.

As part of EO 163, Duterte formed the Inter-Agency Committee for the Protection of Refugees, Stateless Persons and Asylum Seekers to provide services and assistance to “persons of concern” (POC) .

“The COVID-19 pandemic has limited the ability of refugees, stateless people and asylum seekers to cross borders to seek protection, highlighting the need to mainstream and institutionalize relevant agency policies and programs and to ensure that these communities of people are properly protected and afforded the widest possible exercise of fundamental rights and freedoms,” reads the copy of the EO signed on February 28 but released only on Wednesday.

Chaired by the Secretary for Justice, the inter-agency group is also responsible for cooperating with the United Nations High Commissioner for Refugees (UNHCR) or any other competent international body to effectively implement relevant conventions and ensure the protection of refugees. .

Around 677,000 refugees have fled Ukraine to neighboring countries, according to UN High Commissioner for Refugees Filippo Grandi.

The Philippines earlier voted in favor of a UN resolution expressing “explicit condemnation” of Russia’s invasion of Ukraine.