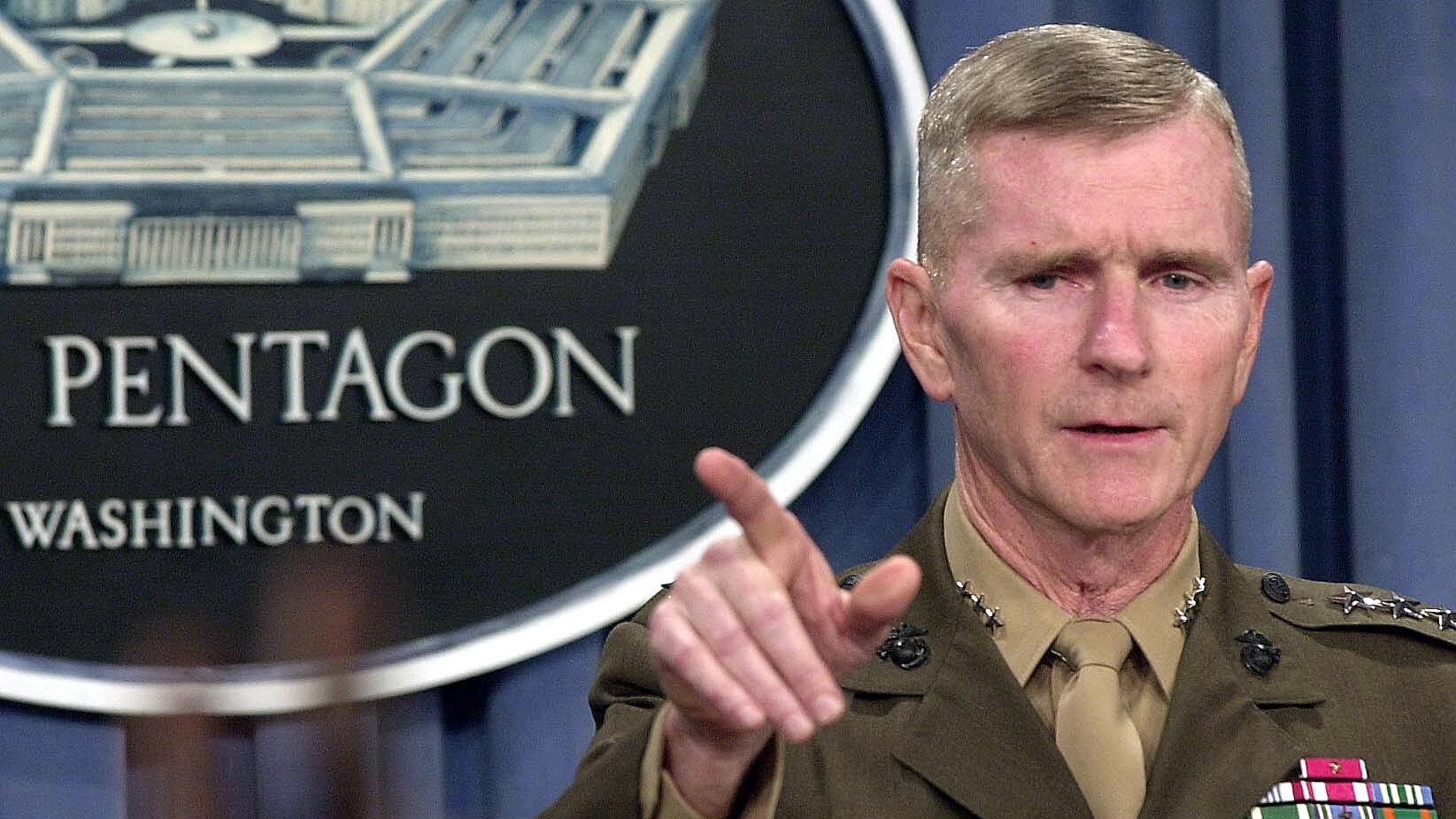 Many Americans, especially our highest political and military officials, seem to have developed a form of war madness. The result is confusion or denial about the essential ingredients of a competent military force and the costs of great power conflict. Memory loss is largely unrelated to political orientation, as too many are seduced by a Hollywood sense of antiseptic warfare and push-button solutions, while forgotten are the million casualties of the battle of the Somme in World War I, or the nearly two million in the Battle of Stalingrad in World War II.

This “war madness” is a dangerous and potentially catastrophic disease, as its price could alter the success of the American experiment and will almost certainly be paid in blood. The condition is exacerbated and made possible when the most senior military leaders – those who should be better informed – defer to the idealistic judgments of those whose credentials are either non-existent or formed entirely by ideology.

The purpose of this essay is to explain the fundamentals of an army that will deter potential enemies or decisively win the nation’s wars, thereby preserving our way of life. Here are the principles of critical military theory:

1. The US military has two main purposes – to dissuade our enemies from engaging in war, and if that fails, to defeat them in battle. Deterrence is only possible if the opposing force believes it will be defeated. Respect is not good enough; fear and certainty are necessary.

2. To be true to its purpose, the US military cannot be a mirror image of the society it serves. The values ​​that are admirable in civil society—sensitivity, individuality, compassion, and tolerance for the less able—are often antithetical to the traits that deter a potential enemy and win the wars that must be fought: Conformity, Discipline, Unity.

Direct ground combat, of the kind we must be prepared to fight, is skillfully fought only when actions are instinctive, almost irrationally disciplined, and entirely sacrificial when necessary. Consensus-seeking, deference, and (frankly) gentleness have their place in polite society, but nothing about intense ground combat is polite – it’s often sub-humanly rude.

3. There is only one overriding standard for military capability: lethality. Officials who dilute this basic truth with often appropriate civil society priorities (diversity, gender focus, etc.) undermine the military’s chances of success in combat. Lower chance of success means more losses, which makes defeat more likely. Combat is the toughest meritocracy there is, and only ruthless adherence to this principle contributes to deterrence and combat effectiveness.

4. An army should not be designed to win but to overwhelm. In baseball, you win if your total score is one point higher than your opponent’s. In wartime, narrow victories result in what we call “the butcher’s addition”.

5. Wars should only be fought with ironclad pragmatism, not idealism, and fought only when critical national interests are at stake. Hopes of changing cultures to fit our model are both elitist and naïve. The failures of our campaigns in Iraq and above all in Afghanistan confirm this.

6. The greatest strengths of a military force are cohesion and discipline. Individuality or group identity is corrosive and a centrifugal force. Indeed, the military wear uniforms because uniformity is essential. The tenets of Critical Race Theory – an interdisciplinary intellectual and social movement that seeks to examine the intersection of race and law in the United States, but has the unfortunate effect of dividing people along racial lines – undermine the unity of our army and diminish our combat capabilities.

Recruit training teaches close order drill and weapons manual (drill with weapons) not because they are always relevant to battlefield maneuvers, but because they instill a sense of how compliance creates efficiency and superior group results. On a solid foundation of cohesion, imaginative leaders can spark initiative and innovation. But when we emphasize differences or group identity, we undermine cohesion and morale. Failure results.

7. “The enemy gets a vote.” An objective lens for military theory is how the nation’s enemies view our martial philosophy; after all, that is what constitutes deterrence…or lack thereof. Ferocity, not sensitivity, prevails.

8. Infantry and special operations forces are different. The mission of those who engage in direct ground combat is clearly distinct, and their standards and requirements must be as well. Not necessarily better, but different. For direct ground combat units, only the highest levels of discipline, physical condition, cohesion, spirit and courage are acceptable. Insist that their conditions and standards conform to those of other military communities, and you will weaken the steely temperament of these modern-day Spartans.

9. Those who join our armed forces take an oath to perform dangerous, sometimes deadly, duties. We call it “being of service” because it is service to others… selfless sacrifices when the other option was often more comfort, freedom, individuality and higher pay. Those in the highest ranks of the military must repay this selflessness with an even rarer courage: moral courage. Civilian control of the military is indisputable, but its corollary is the ordinary principle that advice is sought, offered and seriously considered before crucial decisions are made. My personal experience provides examples – the deliberate exclusion of military judgments in the build-up to the Iraq war, resulting in the invading force being too superficial (thus creating a vacuum which the insurgents quickly filled), and the decision to dissolve the Iraqi army (the most unifying institution in this country) after the collapse of the Baathist regime. A more recent example that deserves consideration concerns the withdrawal from Afghanistan.

So what is the problem? The problem today is both that of priorities and that of standards. We point to a dangerous shift in priorities (as just one example) when global warming, not preparing to defeat aggressive global competitors, is seen as the biggest problem for the Department of Defense and headquarters and the inflation spirals out of control to the point that support greatly diminishes the ground combat element that wins wars. A standards issue when each service and the special ops community dilute merit-only requirements in favor of pre-determined outcomes to further social engineering goals, and when new training requirements crowd out the expectations and measurements of combat performance.

This principle is most clearly and most frequently violated in our current military environment. While examples abound, the most egregious circumvention of scientific evidence occurred when the United States Marine Corps’ long examination of the effects of integrated (mixed) ground combat performance was refuted and ignored ( often by those who had not read it). This is reminiscent of the verbiage used in another context: “inconvenient truths”.

The critical tasks described above may omit some essentials, but these serve as a starting point and perhaps a red flag. We have witnessed extraordinary and sacrificial service from our armed forces – too good to be wasted confusing the purpose of our military with those of individuals who do not pay their blood for their mistakes. And too beautiful for an enemy to misjudge our intrinsic strength. In any case, these are not Critical Military Theories; these are critical military facts.

Greg Newbold is a retired Marine Corps lieutenant general who has commanded at all levels from platoon to division. His last assignment was as director of operations for the Pentagon’s Joint Chiefs of Staff. In retirement, he led a science and technology think tank and co-founded a private equity firm and consulting group. He has served as a director of a dozen not-for-profit and for-profit companies.