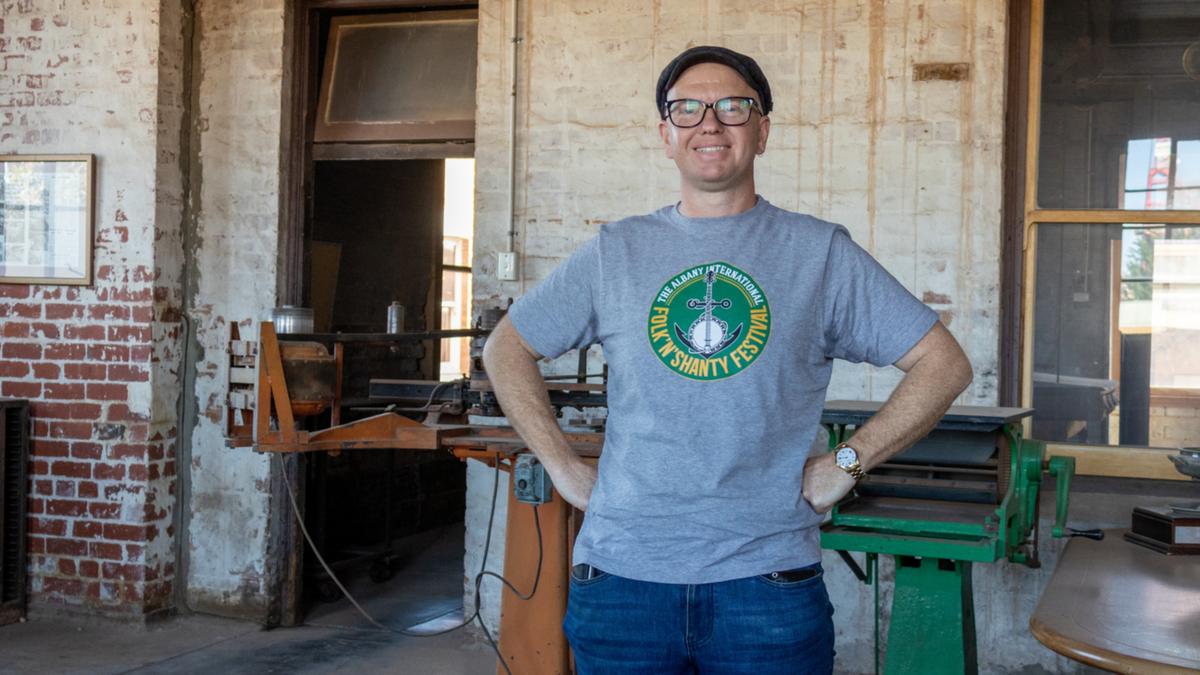 Some may question the existence of a band of sailor shack singers in Kalgoorlie-Boulder, where the sea is hundreds of miles away, but for the organizer of the Salt Lake Shantymen, it’s a no-brainer.

The exercise of singing a sea shanty is not only good for a person’s mental health, but promises a connection to traditional Australian music which is enjoying a resurgence.

Matt O’Neil’s interest in sea shanties stems from his experience as a new parent nine years ago and his attempt to find a way to put his newborn babies to sleep.

“Lullabies got boring fast, so we went with sea shanties, and it works quite well because they’re designed to be sung without musical accompaniment,” he said.

A Kalgoorlie-Boulder local, Mr O’Neil wants to see the community come out with more activities that will keep people in the Goldfields, so he’s starting a male singing group in hopes of offering those interested something something different to do.

“It’s an unfortunate thing about Kalgoorlie, that we have such a transient population and you get to know people and then they move to Perth or somewhere else. And it’s kind of heartbreaking,” he said.

“This particular group will not only focus on people who are here for a short or a long period. This is for everyone to come together and try their hand at it.

“It’s about bringing people together, which men often don’t do very well.”

Mr. O’Neil emphasized the important role he hoped the group would play in improving the mental health of each participant.

The sea-song enthusiast attended the Albany International Folk n’ Shanty Festival a few weeks ago and was inspired to start his own sea-song singing group in the Goldfields.

“I’m sure even though we’re far from the coast, there will still be a lot of people who will be genuinely interested in joining this,” he said.

“It can get you out of the slum – you sing a good catchy song and soon enough your head will change.

“That’s actually a big thing about sea shanties is that a lot of them were made specifically for that purpose.

“It’s something I really wanted to bring to Kalgoorlie to share with a lot of other people.”

Sea shanties helped sailors coordinate the work, helping to keep the same rhythm as they pulled the ropes, keeping their spirits up as they did it.

The group will not only come together to sing sea shanties, but also Mr. O’Neil will pass on his knowledge of the genre’s history and its connection to Australian sailors.

“(Sea shanties) are actually a big part of traditional Australian music, which a lot of people don’t even know exists,” he said,

“Sea shanties were actually a big part of it during the 80s when I was growing up, but it was circulating with the bush bands.

“He has only really disappeared since. People don’t even know, they don’t hear that stuff anymore.

“Sea shanties were often only sung at sea, and then when sailors returned home, they didn’t sing them on land.

“We’re actually very lucky they survived because as soon as the steam came in the shacks started to disappear.

“And it was only through the hard work of some folklorists that they really survived – guys like Stan Hugill came along and recorded them in books and they developed an interest in the 1920s.

“They’ve certainly come back with a vengeance because there’s a big surge of interest, which I think is great and bands like the Dreadnoughts and the Pogues have been releasing sea shanties over the last few years.”

Mr. O’Neil invites those interested in joining the singing group and sharing beers with like-minded men on Thursday nights to contact him, hoping to foster a sense of commitment to the group.

“It’s a great way to come out of your shell. I’ve had a lot of interests so far and at least some of those people are doing it specifically to get out of their comfort zone,” he said.

“It’s really about training the crew and taking care of each other. It’s all about positive mental health, but it’s also about showing off a bit, which we can all benefit from.

A women’s group could be formed if there is enough interest.

Mr O’Neil can be contacted by email at [email protected] or by telephone on 0458 125 964 to give more information about the band and advise those interested of the time and venue.