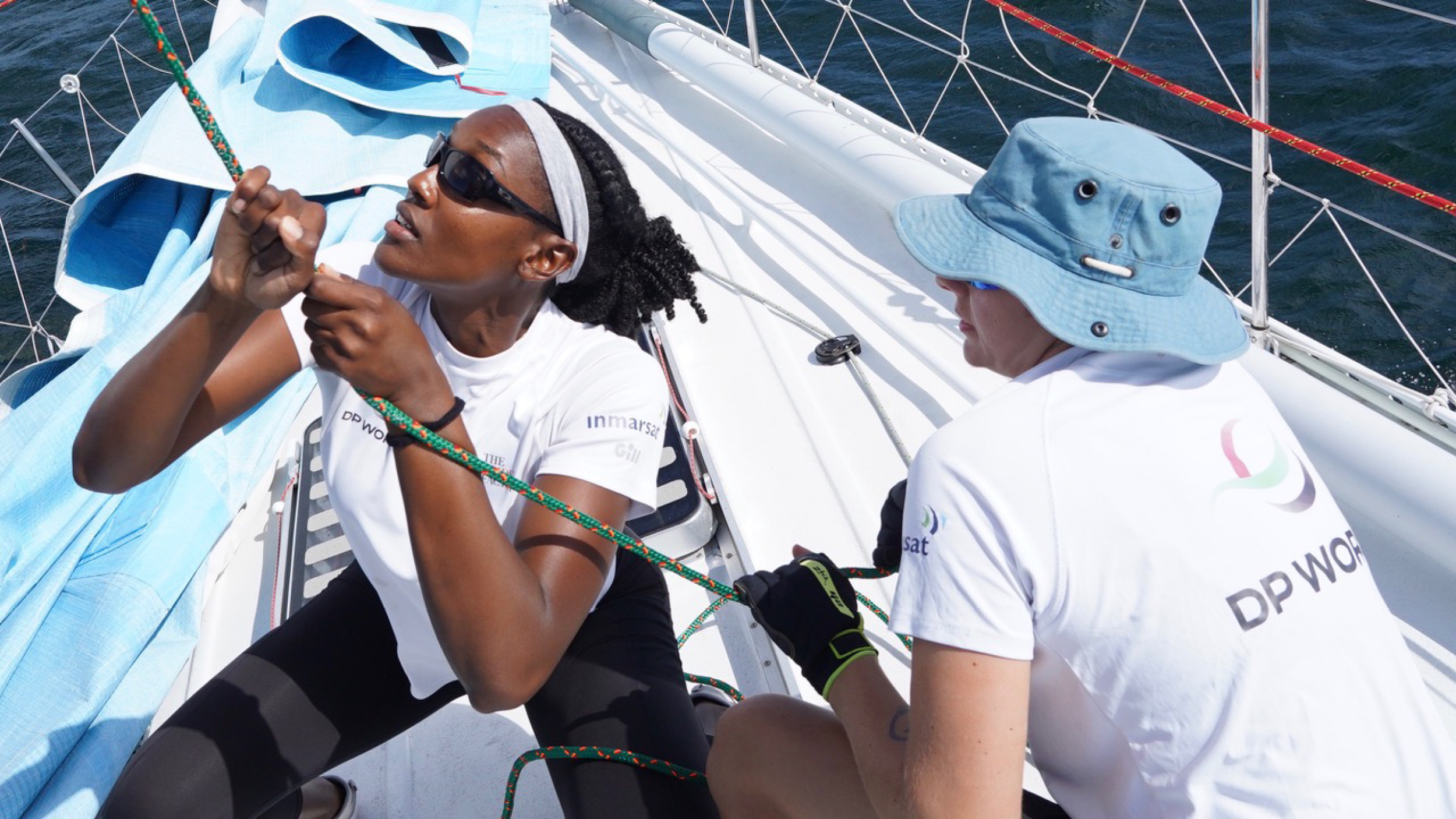 Story and photo by Edwin Gifford

Maiden gained notoriety for competing in the 1989-90 Whitbread Race as the first all-female crew to circumnavigate the globe, skippered by famed British sailor Tracy Edwards. The ship is currently on a global tour of 20 countries to promote educational opportunities for girls and women.

After leaving Dubai on January 15, with King on board, Maiden transited through the Gulf of Oman, Arabian Sea, Gulf of Aden and the Red Sea, ending up in Port Ghalib in Egypt on January 28. .

It was while sailing the Red Sea that King experienced what she describes as the highlight of the trip.

“The moon was beautiful and there was bioluminescence from the creatures in the water. It was a quiet, amazing night,” she said.

Three heavily armed security guards accompanied Maiden as she crossed the pirate and war-torn waters between Dubai and Port Ghalib. King smiled as he remembered they seemed “a little idle” aboard a cramped and uncomfortable racing boat with an all-female crew.

She added: “They didn’t complain much and were very helpful with the dishes; in fact, they were wonderful.

It was in the Mediterranean Sea after transiting through the Suez Canal and on the way to Palma de Mallorca, Spain, that King experienced the low point of the voyage.

“We were hit by the cold Mistral from the northwest with over 70 knots of wind and very heavy seas. We were navigating in it and it was pretty tough, pretty nasty,” she said.

King said she enjoyed meeting the school children, especially the girls who visited Maiden in the various ports where she was docked. She also enjoyed seeing the Antiguan expats and others who make up the global diaspora that is the Antiguan sailing community.

King will return to Antigua at the end of the month to begin training with Antiguan team the Rum Runners for the Star Sailors League Gold Cup World Championship Finals.

The competition will start in Bahrain on October 28. Antigua will face teams from 63 other nations. Maiden departs for Cape Town, South Africa, at the end of the month with stops in the Azores and Senegal before returning to Antigua in December 2023.