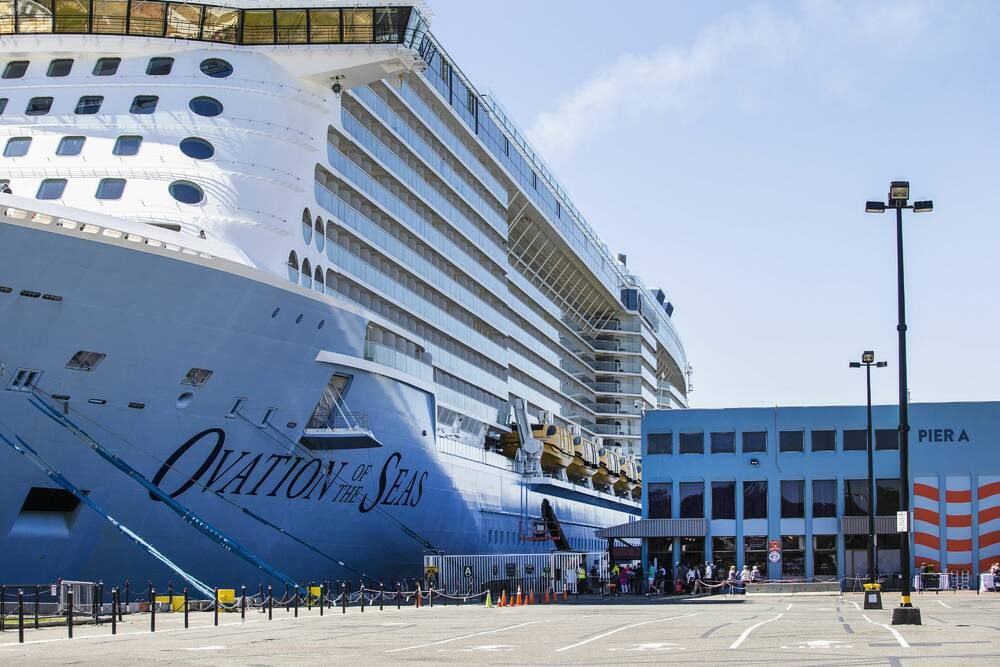 Plans for the maiden call were pushed back three days after Princess Cruises opted to dry-dock the Caribbean Princess in Portland for some repairs.

The cruise season in Victoria – the first in three years – is off to a bad start.

The Caribbean Princess, which was due to dock at Ogden Point this Wednesday and officially kick off the long-awaited season, was abruptly sidelined after the cruise line announced it was putting the ship in dry dock for repairs.

The Princess Cruises ship was scheduled to pick up passengers in San Francisco before heading to Victoria on Wednesday and Vancouver on Thursday.

The company said the planned cruise was canceled due to repairs on the ship, as the US Centers for Disease Control said they were investigating the ship for cases of COVID-19.

The U.S. agency listed the ship as having an “amber status,” meaning reported cases of COVID-19 have reached a threshold for CDC investigation. In the case of this vessel, orange status means that 0.3% or more of passengers and 1% of crew have suspected or confirmed cases of COVID-19.

The CDC said when a cruise ship notifies the agency of suspected or confirmed cases of COVID-19 on board, it determines whether an investigation is necessary based on that predetermined investigation threshold. “Cruising will always pose some risk of transmission of COVID-19,” the agency said.

Princess Cruises is reimbursing all 1,600 passengers on board. The ship was from Florida and had planned to return after stops in Victoria and Vancouver.

The changes mean Holland America Line’s Konigsdam, which is scheduled to arrive at 2 p.m. Saturday, will be the first ship to arrive at Ogden Point in 905 days. The last cruise ship call in Victoria was on October 18, 2019, as the cruise industry was sidelined by the COVID-19 pandemic in 2020 and 2021.

It will be the first cruise ship to arrive in Canada since the start of the pandemic.

“These schedule changes are quite common at the start of the season,” Brian Cant, spokesman for the Greater Victoria Ports Authority, said Saturday.

The Port Authority learned of the change on Friday.

“Vessels can be moved around a bit. We probably had about 30 schedule changes,” Cant said, noting that most of those happen at the start and end of the season.

The Port Authority had planned a major media and VIP event on Wednesday, including tours of the ship, with provincial Transport Minister Rob Fleming and Victoria Mayor Lisa Helps to welcome the Caribbean Princess. Those plans have now shifted to Konigsdam’s Saturday finish, Cant said.

“We have been waiting for cruise ships for two years and we will have to stop for a few more days,” he said.

All passengers must be fully immunized to enter Canada and pass a molecular test within 72 hours before boarding and an antigen test within a day of boarding.

The protest group Extinction Rebellion had planned to protest the arrival of the first ship on Wednesday.

On a Facebook event page, the group said its goal was to set up “an information picket, using banners to momentarily stop vehicles leaving the parking lot at the Ogden Point facility so that we can hand out leaflets summarizing the climate and environmental damage caused by cruise ships.”