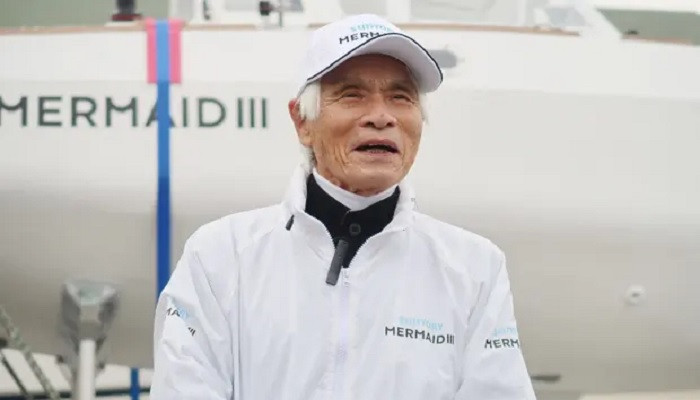 An 83-year-old man sailed the world’s largest body of water, the Pacific Ocean, alone, becoming the oldest person in the world to complete the challenge, reports The Guardian.

Known as “Japan’s most famous yachtsman”, Kenichi Hories, said he feared his age would not allow him to set the record.

After spending more than two months at sea, he reached the waters off the Kii Peninsula in western Japan at 2:39 a.m.

The octogenarian had an inspirational message for people: “Don’t let your dreams stay like dreams. Have a goal and work towards it and a great life awaits you.”

He began his journey on March 27 from San Francisco, California, where he departed aboard the Suntory Mermaid III, his 19-foot-long aluminum boat. His ship weighs 990 kg and easily fits his 5-foot body.

He said he spoke to his family once a day during the trip to inform them of his safety.

Horie has not been physically trained for the trips he does. He says he eats healthy and doesn’t drink too much.

It wasn’t the old man’s first time. When he was 23, he completed the journey and crossed the ocean non-stop from Japan to California.

“I had faith that I would make it,” he said of his first time.

He admitted, however, that during storms one can feel anxious. To survive, he only had rice and canned food.