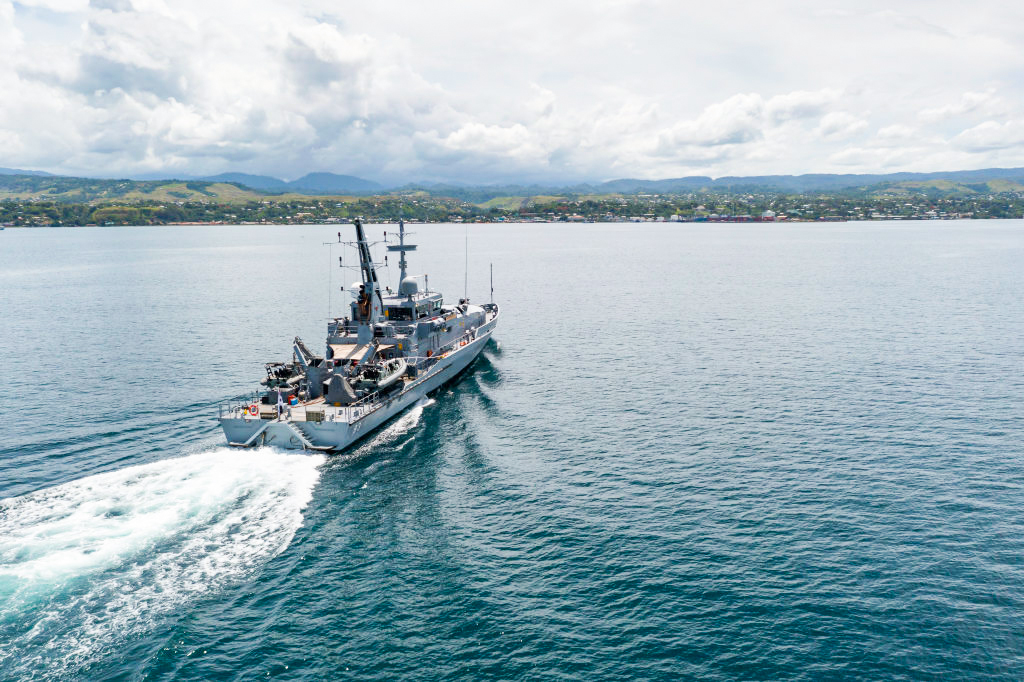 A Chinese state-owned company is investigating the purchase of a deep-sea port and WWII-era airstrip and sea base in the Solomon Islands, according to new documents obtained by the Australian Broadcasting Corporation.

The China Forestry Group Corporation, under the direct control of Beijing, is seeking acquisition targets, including a forest plantation on the circle-shaped island of Kolombangara, the site of heavy fighting between the Allies and Imperial Japan during the Second World War.

The plantation covers two-thirds of the island and includes 14,000 hectares of hardwood forest, 24,000 hectares of protected forest, a deep-water port, a former marine base, an airstrip and large swaths of flat land. .

Kolombangara is also part of the New Georgia Islands group in the Western Province of the Solomon Islands. It is located close to a major tuna fishing center, Noro, as well as the city of Munda, where there are already significant Chinese investments in the airport.

The plantation is currently owned by private Taiwanese and Australian shareholders, as well as the Solomon Islands government, which currently has close ties to the Chinese Communist Party. Since May 2022, the talks have resumed.

Board members of the plantation company, Kolombangara Forests Products Ltd, have written to Australian Foreign Minister Penny Wong to express concerns about Beijing’s interest, according to the ABC. Four corners program. The Australian Department of Foreign Affairs and Trade responded by saying it would not interfere in this particular transaction.

The Australian government has already invested in the Solomon Islands in its bid to fend off Beijing’s current influence, including work at the Noro Fisheries and Container Center and funding for six mobile phone towers across the country.

Beijing’s influence deep in the Solomons

It comes as Chinese telecommunications giant Huawei continues to work with the Solomon Islands national government to build 200 mobile towers across the islands. Huawei was banned from Australia’s 5G network in 2018 over security concerns, a move passed by several democratic governments over the next few years, including the US, Japan, UK, India and Taiwan.

Meanwhile, Solomon Islands Prime Minister Manasseh Sogavare has also activated a Beijing-backed secret fund ahead of a no-confidence motion in December, doling out $80,000 to all MPs loyal to him (and nothing). to those who oppose it). him).

The latest revelations come as Democratic leaders continue to build support in the Pacific region in response to Beijing’s continued influence, which has bolstered the interests of corrupt national leaders.

Moreover, the plantation deal is not the first indication of Beijing’s military interests in the region. In April, documents were leaked revealing that China’s state-owned aviation company, Avic International Project Engineering Co., had scouted development sites for naval and infrastructure projects for the People’s Liberation Army – Navy (PLAN).

The news broke after Solomon Islands Prime Minister Sogavare signed a secret security deal with Beijing that would allow PLAN to station troops, weapons and warships in the area, opening the door to militarization. full of the similar region to the South. China Sea.

Sogavare continued to deny that Beijing would establish a military base.

Read more
“Incorruptible”: the man who stands between Beijing and one of the largest copper mines in the world

Daniel Y. Teng is based in Sydney. It focuses on national affairs, including federal politics, the response to COVID-19 and Australia-China relations. Do you have any advice? Contact him at [email protected]