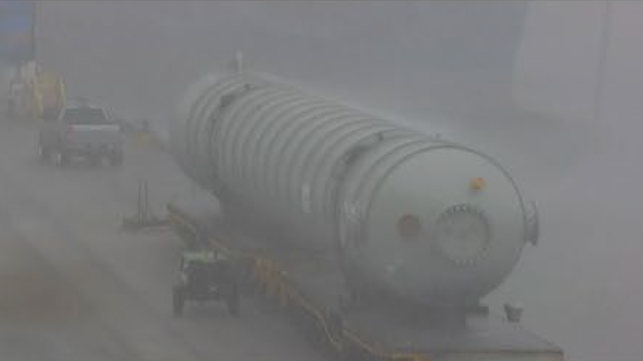 A National Transportation Safety Board (NTSB) investigation found high and unexpected winds caused the boxship CMA CGM Bianca detaching from a pier in the port of New Orleans in August of last year, causing extensive damage to equipment at the Napoleon Avenue container terminal. Total damage was estimated at $ 15 million for the shore cranes and $ 60,196 for the ship.

“The probable cause of the escape of CMA CGM Bianca the quayside of the Napoleon Avenue container terminal, and the material damage that resulted from it, was the sudden appearance of unforeseen strong winds, probably due to the release of a downward gust generated by a thunderstorm â€, determined the NTSB in its report.

The boxship was loading cargo while docked at the terminal when a sudden and localized thunderstorm passed through the area. The moorings of the vessel separated in the high winds and the vessel moved away from the jetty.

Containers that were being lifted by onshore cranes struck the ship and a damaged container fell into the water, spilling a cargo of plastic pellets. A crane operator sustained a minor injury while evacuating his control cabin, but no other injuries were reported.

Although the nearest official weather station recorded winds peaking at 31 mph, a ship located very close to the crash reported a gust of 73 mph.

The views expressed here are those of the author and not necessarily those of The Maritime Executive.