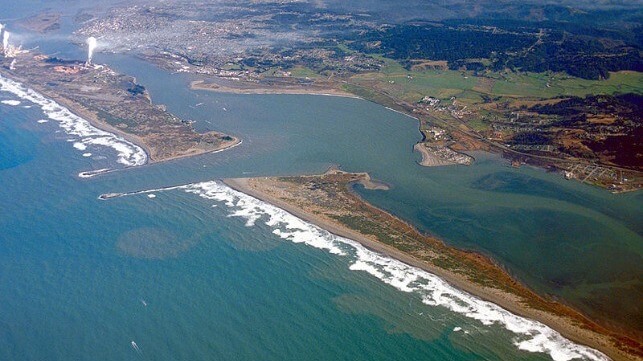 California has approved steps to begin planning for the first West Coast wind port. The effort is linked to the Bureau of Ocean Energy Management’s current program to open up key locations along the California coast for offshore wind farm development.

Tied to the effort to launch one of California’s first offshore wind farms near Humboldt Country in the northern part of the state, the California Energy Commission (CEC) late last week approved a grant of $10.5 million for renovations at the Port of Humboldt Bay to support offshore wind operations. According to the Commission, investing in offshore wind port infrastructure is essential to pave the way for offshore wind development in California, with the possibility of initially supporting efforts through the development of a wind port.

“Humboldt Bay has the optimum conditions to serve as the main port for the offshore wind industry for the entire West Coast,” said Harbor District Board Chairman Greg Dale. “We are fully dedicated to preparing our port for this remarkable opportunity and we are honored to work with the California Energy Commission to propel California into the future of power generation.”

Humboldt Bay is the second largest natural bay in California with commercial operations including timber imports and a historic industrial base in addition to recreational activities in the area. Once refurbished, the new Humboldt Bay Offshore Wind Heavy Lift Marine Terminal will be capable of handling large heavy lift vessels, offshore wind floating platform development, integration and decommissioning, and other activities maritime.

The CEC also recently launched a process to create a strategic plan for offshore wind energy in federal waters. As part of the development of the strategic plan, the CEC, in coordination with relevant state and local agencies, is required to plan shoreline facility improvements that could support a range of floating offshore wind development activities. , including foundation construction and placement, component fabrication, final assembly, and long-term operation and maintenance facilities.

Plans under development for the Humboldt Bay Floating Offshore Wind Farm project, a 1.6 GW offshore wind project. The project is currently at the announced stage with BOEM in January 2022 releasing its draft environmental assessment for the approximately 200 square mile site. The projected schedule envisages construction as early as 2024 with commercial operation in 2028.