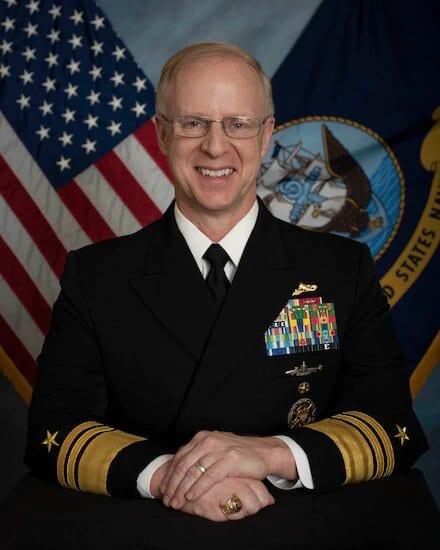 ARLINGTON, Virginia – Secretary of Defense Lloyd J. Austin III announced on July 15 that the President has made the following appointments, including a new commander for US Fleet Forces Command:

Caudle holds graduate degrees from the Naval Postgraduate School, a Master of Science (Honors) in Physics from Old Dominion University, and a Master of Science in Engineering Management. He also attended the School of Advanced Studies at the University of Phoenix, where he obtained a PhD in Management in Organizational Leadership with a specialization in Information Systems and Technology.

His doctoral thesis research focused on the uncertainty of military decision-making regarding the use of force in cyberspace. He is also a licensed professional engineer.

Caudle’s first command assignment was as commanding officer of USS Jefferson City (SSN 759). As the deputy commander of Submarine Squadron 11, he served as the commander of USS Topeka (SSN 754) and USS Helena (SSN 725) due to emerging losses from normally assigned commanders. He also commanded submarine squadron 3.

His shore tours include assignments as Deputy Nuclear Force Officer, Submarine Force Commander of the US Atlantic Fleet; Officer in charge of the moored training ship (MTS 635); deputy commander of submarine squadron 11; Deputy Assistant Director for Information and Cyberspace Policy at the Joint Chiefs of Staff (J-5) in Washington, DC; and Chief of Staff, Submarine Force Commander, US Fleet Pacific.

Prior to this assignment, he was vice director of strategy, plans and policy for the Joint Chiefs of Staff (J-5) in Washington, DC

As Commander of the Allied Submarine Command, he is the principal submarine warfare adviser to all strategic commanders of the North Atlantic Treaty Organization.