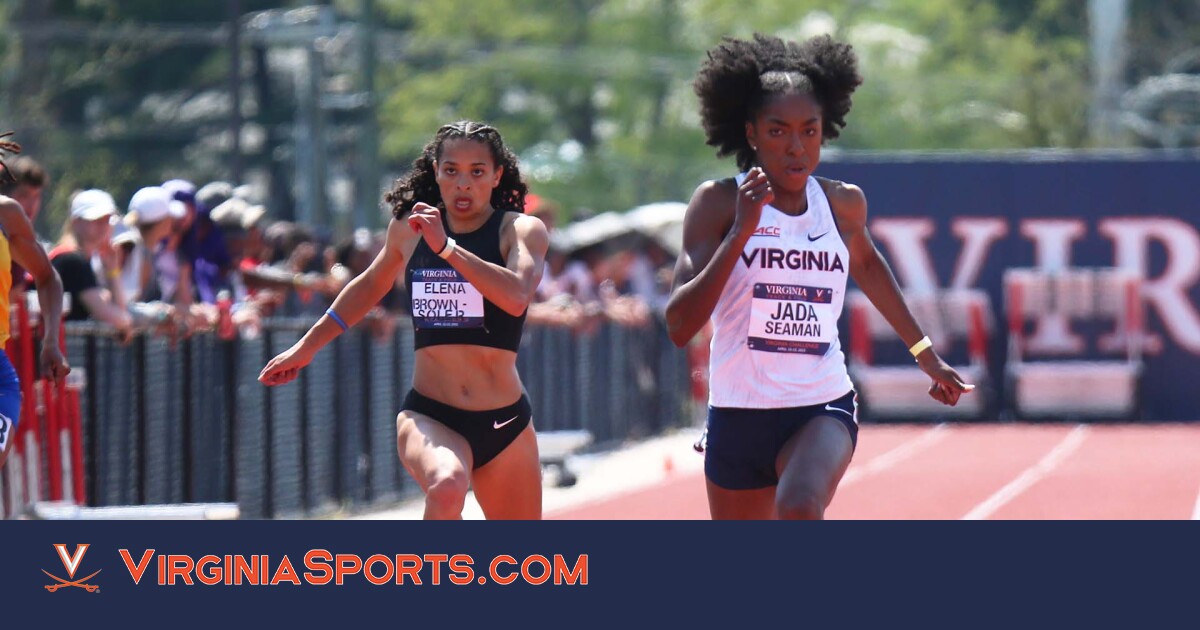 CHARLOTTESVILLE, Virginia – The Virginia Challenge ended Saturday at Lannigan Field after three incredible days of competition. Jada Seaman marked the final day of competition for the Cavaliers with a victory in the 200m that brought her within a fraction of a second of Virginia’s record.

Seaman won the 200m and ran in a time of 23.18 to tie a Virginia Challenge record set by Paris Daniels in 2014. The time is just one-hundredth of a second off Virginia’s record. Running in the same run, Kayla Bonnick equaled her personal best of 24.01 to finish seventh overall.

In the men’s 200m, Jordan Willis set a personal best 21.02 to finish fourth in the event. Jay Pendarvis set his own personal best at 21.22 to move up to sixth on Virginia’s all-time performance list.

The Hoos took fourth place in the 4x400m as Jordan Willis, Jay Pendarvis, Nigal Davis and Alex Sherman combined for Virginia’s best time of the season at 3:11.64.

The performance caps a game for the Wahoos that saw several school, game and facility records fall at Lannigan Field. Ethan Dabbs released a javelin throw that reached 80.41m (263’9″) while Ashley Anumba broke his Virginia discus record at 56.67m (185’11”). Wes Porter dropped a time of 13:36.84 in the 5k to set a school record in the event. Claudio Romero also set a discus ease record with his mark of 64.79m (212’6”).

“This weekend was an excellent performance for our team. What was great to see in this meeting was the success we had in not just one event, but several of them. Our team has shown signs of developing into a full athletics program that can compete at all levels.

The Hoos will travel to compete in the Penn Relays from Thursday (April 28) through Friday (April 30). The Cavaliers will also return to Lannigan on Sunday (May 1) to host the Virginia Grand Prix.