After a 500-day non-stop voyage in harsh conditions, Captain Zhai Mo brought his sailboat back to the port of Shanghai after becoming the first man to successfully circumnavigate the Arctic Ocean.

The famous Chinese explorer left the same port on June 30 last year to begin the difficult journey to raise awareness of the link between land degradation and climate change.

With two crew members, Captain Zhai crossed the East China Sea, the Western Pacific, the Bering Strait, the Chukchi Sea, the East Siberian Sea, the Laptev Sea, the Kerala Sea, the Barents, the Norwegian Sea, the Greenland Sea, the Davis Strait, the Gulf of Baffin and the Bofert Sea to complete a navigation of more than 28,000 nautical miles in more than 500 days.

Captain Zhai Mo and his sailboat arrive at the port of Shanghai.

Born in Xingtai, Shandong Province (East China), Zhai first embarked on a career as a painter and became a painter after graduating from college. His interest in sailing was sparked when an experienced Nordic sailor explained the charm of water sports.

Zhai was the first Chinese to sail alone around the world in a helpless boat, completing the journey in 2009, with some media calling him “Chinese Robinson Crusoe”.

The journey of circumnavigating the Arctic Ocean has become possible for the first time in human history due to global warming and the melting of the Arctic ice caps.

Zhai, 53, hopes his action will draw the world’s attention to the impact of human activities on the environment – especially the Arctic, which is the world’s second largest polar desert after Antarctica. He was therefore named “UNCCD Supporter – Arctic Adventurer for 2021 Desertification and Drought Day”. 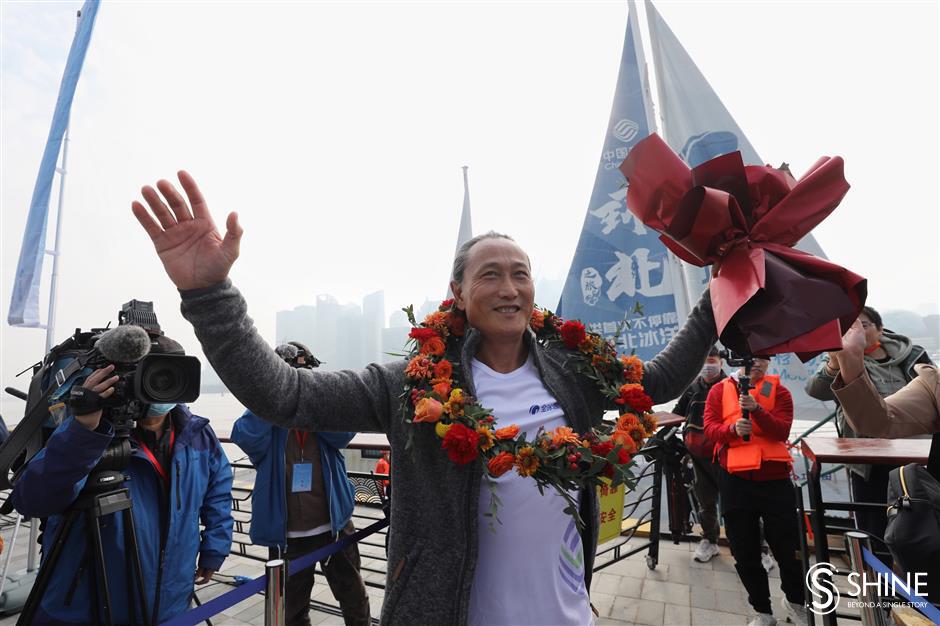 Zhai is greeted by people waiting on the shore.

According to the initial plan, the trip should have ended in four months. However, extreme weather conditions and an unexpected cyclone and ice floes delayed the schedule.

“The temperature in the Arctic Ocean can reach minus 50 to 70 degrees Celsius in winter,” Zhai said. “If we failed to leave a certain area during the ice melt window, the boat would freeze, leaving us as targets for polar bears.”

He added: “But we were perfectly prepared, having brought an ample supply of food with us. We also sailed past three of the four largest fishing grounds in the world and managed to add fish to our menu.” 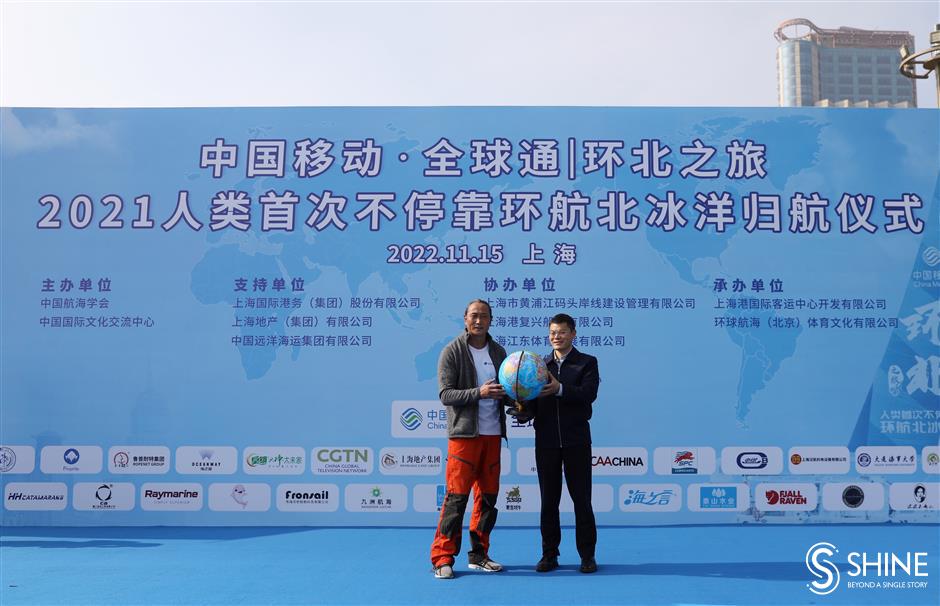 Zhai donated a souvenir globe to the China Maritime Museum during his welcoming ceremony on Tuesday morning.

Zhai said many islands in the Arctic Ocean are named after sailing pioneers who lost their lives in the deadly challenges of sailing.

“You can imagine how easily accidents can happen under these conditions,” Zhai noted. “Icebergs are as tall as buildings and hard as rocks. They are sometimes terrifying.”

Despite his devotion to the sea and the ocean, Zhai never ceased his artistic pursuit, drawing inspiration from sailing experiences.

“I am working on a large-scale artistic creation on the theme of humanity. I always collect materials from travels,” he pointed out. “Each difficult journey helps improve my willpower. I am interested in challenging human limits.”

Captain Zhai’s next goal is another challenge: sailing around Antarctica next year. The privateers suffer their first defeat of the season