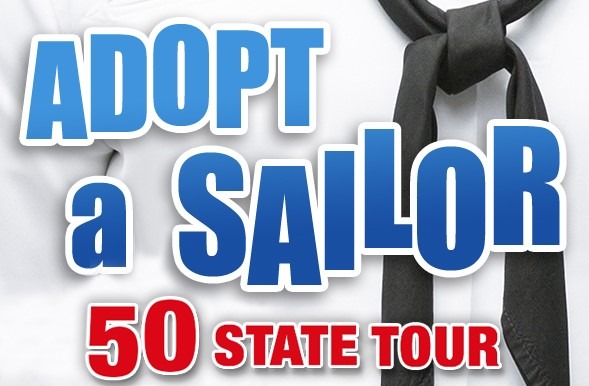 College of The Albemarle (COA) is pleased to host a reading of the acclaimed play “Adopt a Sailor” by Charles Evered on Wednesday, October 19, 2022 at 5:00 p.m. at the COA Performing Arts Center.

The reading is part of a tour to benefit Evered House, a non-profit artist residency for those who serve, including veterans, first responders, frontline workers and more. The Evered House program started in California and moved to Virginia last year. The future home site is located in Port Haywood, Virginia.

The tour launched in California in the spring of 2018. It covered ten states in total, coming to a halt due to the pandemic. The tour will officially resume with the scheduled reading at College of the Albemarle – Elizabeth City on October 19e. The event will start at 5:00 p.m., doors will open at 4:00 p.m. It is free and open to the public – donations for Evered House will be accepted. The College of The Albemarle Student Theater (COAST) will participate in the reading.

According to information provided by writer/director Charles Evered,

“Adopt a Sailor” was written by the residence’s founder and president, writer/director Charles Evered. The residency program is dedicated to his father, Charles J. Evered, who served in World War II and died in 1979. The playwright himself served in the United States Navy Reserves, rising to the rank of lieutenant.

“Adopt a Sailor” was first performed as a ten-minute play at New York City Hall in September 2002 to commemorate the one-year anniversary of the terrorist attacks on the World Trade Center. It was first published as a short play by Samuel French. In 2006, Evered was commissioned to write a longer version of the play which premiered in New York in 2007. It was later released the same year by Broadway Play Publishing of New York. The rights to the play were sold and it was adapted into a screenplay in 2008 by Evered, who also directed the film. The film stars Emmy winners Peter Coyote and Bebe Neuwirth as well as Ethan Peck. “Adopt a Sailor” premiered on the West Coast at the Palm Springs International Film Festival, has subsequently screened at over twenty national and international film festivals, and has won multiple awards. It premiered on the Showtime network, where it ran for over a year. It continues to stream on Amazon Prime and several other platforms. Actors who have appeared in the play include Neil Patrick Harris, Amy Irving, Anne Jackson, Eli Wallach, Liev Schreiber, Sam Waterston, Luke Perry, and Matthew Modine. Olympia Dukakis, Michael Nouri, Len Cariou, Kirk Geiger, Josh Radnor and Scott Cohen among others.

Playwright Evered will participate in Q&As at each of the tour stops to answer any questions about the play, the house or the man it is named after. Autographed copies of the piece will be available, with proceeds going to Maison Evered.

Additional information about Evered House or Charles Evered is available at www.EveredHouse.org and www.CharlesEvered.com.