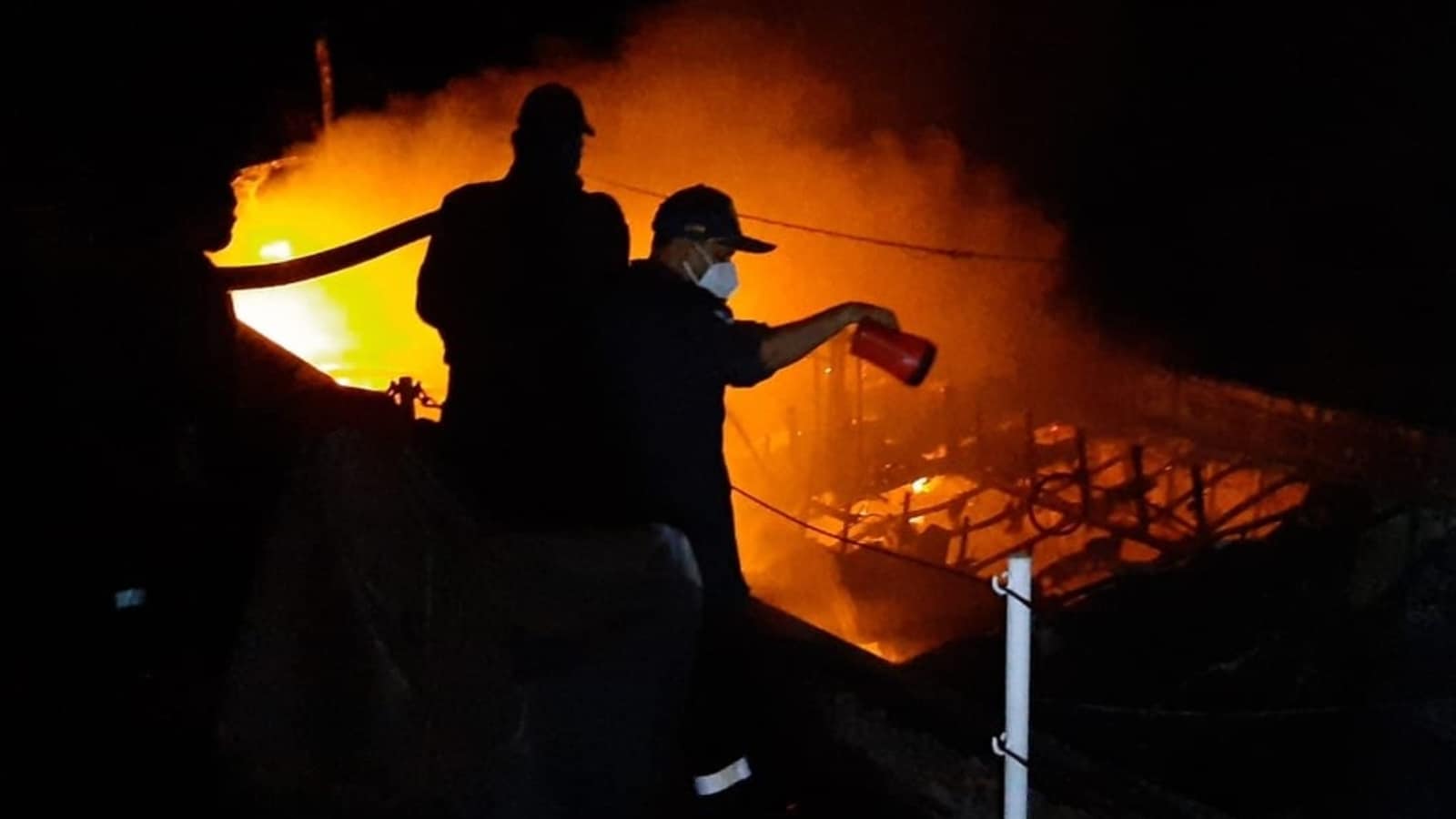 The fishermen, seven of whom were aboard the ill-fated boat, are in a healthy condition, the coast guard said in a statement.

The Indian Coast Guard said on Saturday that their staff rescued seven fishermen in Karwar, Karnataka, after their boat was engulfed in fire due to a short circuit in the wheelhouse. The fishing boat, he said, had seven fishermen on board, adding that all were in good health and receiving full moral support from the Coast Guard.

Describing the incident in detail, the force said in an official statement that the incident occurred on Friday evening at a distance of around 10 nautical miles from the famous Karwar Lighthouse. â€œUpon receiving a message from the Maritime Rescue Sub-Center (MRSC), New Mangalore, at 10 p.m. Nov. 5 from CSP Malpe sources, the C-155 from Karwar sailed overnight on a SAR mission for an assessment. of the incident and the evacuation of fishermen, â€the press release noted.

Identifying the distressed vessel as IFB Varda Vinayaka-I, the statement further states that the Indian Coast Guard vessel reached the location at 10:15 p.m. and, after transferring the seven fishermen to the nearby fishing vessel IFB Vajra, has immediately began to extinguish the fire. â€œBraving the inclement weather, the C-155 took three hours to completely extinguish the source of the fire. After evaluating that there was no more possibility of fire, the C-155 provided all assistance to the IFB Vajra for the towing of the ill-fated IFB to the fishing port of Karwar â€, declared the Coast Guard.

Finally, after successfully completing the rescue mission, the C-155 handed over the IFB Varda to the ship CSP Karwar at sea on Saturday at 4 a.m. for further investigation, the statement said.

Thank you for subscribing to our Daily News Capsule newsletter.