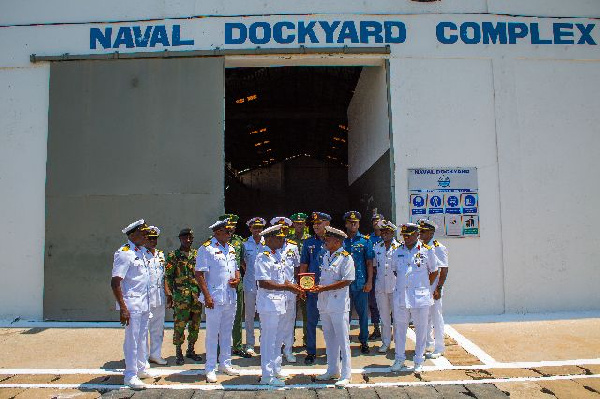 The visit was part of the college’s international study tour for participants of Naval Warfare 6 course.

They were warmly welcomed and also had a brief interaction with the FOC.

In his opening remarks at a briefing held at the Maritime Engineering and Combat Systems School (SMECS) Lecture Hall, the FOC, on behalf of officers, ratings and civilian employees , welcomed the team and expressed his joy at their visit to the command and 2 Garrison in general.

He said their tour of the country was meant to expose them to maritime security agencies in the Gulf of Guinea.

He said the aim was not only to prepare them to contribute significantly during the course, but also to enable them to better understand Ghana’s naval operations which would go a long way in countering maritime threats in the Gulf of Guinea. .

It was in the hope that, as the students had spent a few days in the country with certain maritime institutions, including the Navy Headquarters, they were already exposed to some aspects of maritime security challenges in their part of the world, through therefore, their interaction centered on maritime security in relation to the command area of ​​responsibility (AOR).

The FOC shared the true story of a civilian’s life in a bid to urge students to strive to reach the finish line of the course and not give in or disembark halfway through the program .

He also urged them to make the most of the course no matter what challenges they might face.

The Command’s Commander-in-Chief of Operations (COO), Commander Michael Duvor, also gave a presentation on maritime security with a focus on the Western Naval Command area of ​​responsibility.

He introduced students to the history of the WNC, the command’s organizational structure, and the command’s area of ​​responsibility.

He further discussed the threats in the maritime domain of the Command such as illegal bunkering, illegal fishing and also talked about the efforts of the command to ensure a safer maritime domain and internal security.

The team toured the base and toured the Naval Dockyard (NAVDOCK) complex where they were presented to the various departments by the flag of NAVDOCK Commander, Commodore Emmanuel Wayoe.

At the WNC Navy Wardroom where the August tour culminated, Rear Admiral SA Akinwande, Commandant of the Nigeria Naval War College, reiterated the longstanding healthy relationship between the two countries and hoped their visit would strengthen it.

He, once again, on behalf of the whole college, thanked the FOC, Flag Officer Fleet (FOF), Commodore Bright Atiayao for the reception.

There was an exchange of plaques between the two leaders in appreciation.

Other members of the team included the deputy commander, teaching and administrative staff of the Nigeria Naval War College. 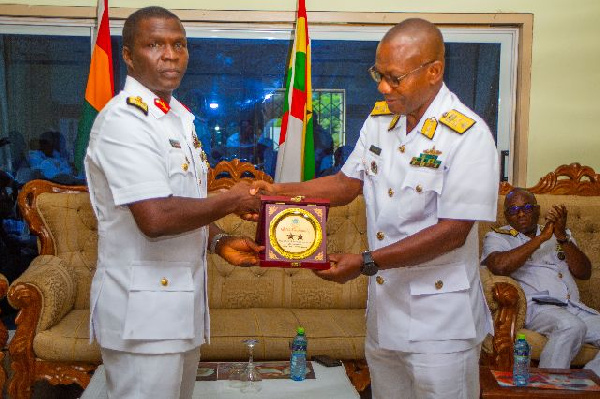 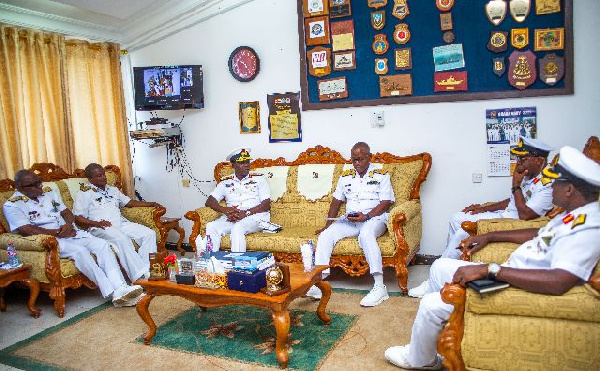