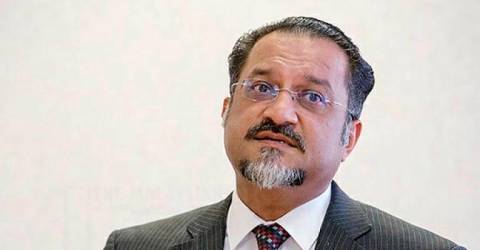 The chairman of the National Housing, Local Government and Urban and Rural Planning Committee said today that the rehabilitation work on the project covering 53 hectares has been completed.

He said the project, which has been delayed by the Covid-19 pandemic, is expected to be completed by the fourth quarter of 2023.

â€œIf it hadn’t been for the pandemic, we would have started our physical work for the development of the project in December of last year.

â€œNonetheless, we urge all of our stakeholders and contractors to continue with our Gurney Wharf project despite the delays,â€ he said on the Gurney Wharf recovery site here.

He also said that phases 1 and 2 of the construction works will be carried out simultaneously after the groundbreaking ceremony.

“We will review tenders for five contractors for the project, comprising a prime contractor and four sub-contractors for steel roofing work, soft landscaping, marine engineering and the skate park and playground. “, he added.

Meanwhile, the deputy general manager of the chief minister of Penang Incorporated (CMI), Bharathi Suppiah, said the tenders would be opened later this month.

The open tender would last six weeks and the contractors would be announced in mid-December.

â€œOnce everything is checked on the contractor’s side, the first groundbreaking can be done shortly after, as most of the preparations have been put in place,â€ she added.Bernama