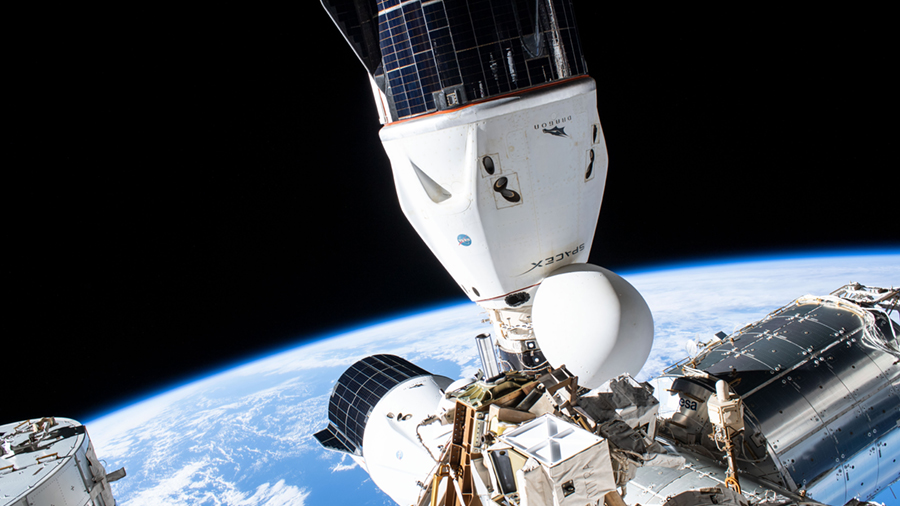 SpaceX deployed its Falcon 9 rocket with the Cargo Dragon vehicle attached to the launch pad at Kennedy Space Center in Florida. Falcon 9 is scheduled to take off at 5:06 a.m. EST on Tuesday, placing the Cargo Dragon in orbit for docking with the International Space Station at 4:30 a.m. on Wednesday.

NASA Expedition 66 flight engineers Raja Chari and Thomas Marshburn will monitor the Cargo Dragon’s automated docking at the space-oriented port of the Harmony module. Dragon is delivering around 6,500 pounds of crew supplies and new science experiments, including a cancer treatment study and a portable bioprinter. Live coverage of the launch begins at 4:45 a.m. Tuesday on NASA Television, the NASA app and the agency’s website.

The orbiting laboratory returned to its occupancy rate of seven crew members after three visitors left and returned to Earth on Sunday. Roscosmos cosmonaut Alexander Misurkin led spaceflight participants Yusaku Maezawa and Yozo Hirano inside the Soyuz MS-20 crew ship as they undocked from the Poisk module at 6:50 p.m. EST. The trio aboard the Soyuz were parachuted into a landing in Kazakhstan less than three and a half hours later, completing an 11-day mission on station.

Learn more about the station’s activities by following the space station blog, @space station and @ISS_Research on Twitter, as well as the ISS Facebook and ISS Instagram accounts.

Get weekly videos at: http://jscfeatures.jsc.nasa.gov/videoupdate/