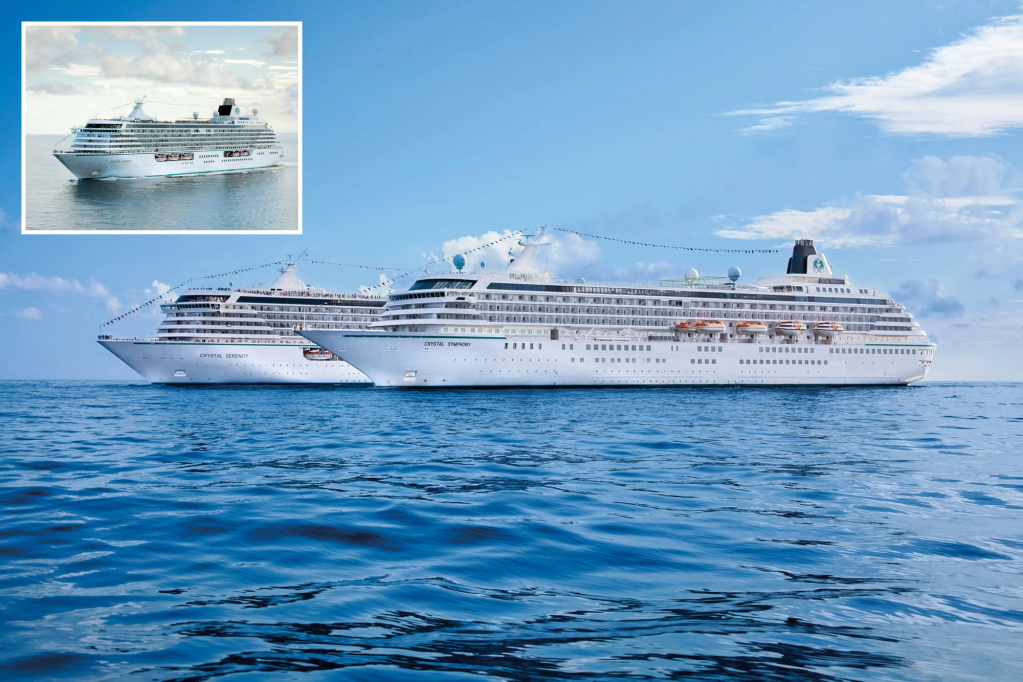 A luxury cruise ship operator is underwater – and has left passengers dry.

US marshals seized a pair of popular cruise ships in the Bahamas on Friday following allegations that their Miami-based owner, Crystal Cruises, failed to pay $4.6 million in fuel bills.

Crystal Serenity and Crystal Symphony had only crew members on board, according to Cruise Law News, while hundreds of passengers faced a ‘nightmare’ after being hastily kicked off the ships before the ships set sail. be seized.

“What an appalling and shameful end to a so-called luxury cruise line,” tweeted Jim Walker, editor of Cruise Law News and maritime lawyer.

A third ship, the Crystal Endeavour, the company’s newest and most luxurious vessel, has been seized in Argentina, Cruise Law News reported Saturday afternoon.

The Serenity and Symphony jettisoned their passengers in Bimini last month before departing for the perceived safety of international waters. The passengers, some of whom expected to travel to California, were flown to Fort Lauderdale and then left to fend for themselves.

“Five hours later we get off the ferry to find all the luggage thrown everywhere, colors and numbers NOT together, luggage falling off, no porters and NO CRYSTAL REPRESENTATIVES. NONE,” Serenity passenger Allyn Jaffrey Shulman wrote on Facebook. “Nobody is giving instructions. Nobody helps the elderly. It was a shameful sight.

It remains unclear how U.S. authorities had the authority to seize the ships in the Bahamas, Cruise Law News reported.

Meanwhile, passengers aboard the Crystal Endeavor disembarked on Friday as the ship was detained in Ushuaia, Argentina, by the country’s maritime authority for some type of unpaid bill, Seatrade Cruise News reported.

The issue was resolved on Saturday evening, the site reported, and the Endeavor was cleared to return to sea en route to Uruguay.

“We are unable to comment on any outstanding legal issues at this time,” Crystal Cruises spokesman Vance Gulliksen told the Daily Mail. “The Crystal Serenity and Crystal Symphony voyages ended last month and there are no guests on board.

“Officers and crew on board are well looked after and stay in individual accommodation, some of which are guest cabins. We make sure they are comfortable and able to take advantage of the various amenities on board. Crew members have been paid on their normal schedules and we are meeting and exceeding all contractual obligations.