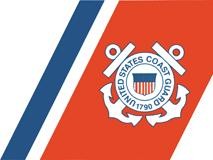 DALLAS, Texas (ValleyCentral) — A three-day search for a 24-year-old Texas man missing in the waters of Mona Passage off Puerto Rico was suspended Saturday without success.

Bruttus Michael Walter, 24, of Dallas, was last seen battling currents that dragged him out to sea off Steps Beach in Rincon. Walter was reportedly a strong swimmer, weighing around 170 pounds, with brown skin and wearing gray shorts, according to the US Coast Guard, which conducted the search with air and surface crews.

“Despite our best efforts to find him, the fate of this young man remains unknown,” said Cmdr. Beau Powers, incident chief for the San Juan sector. “Our thoughts and prayers are with the family and hope they can find strength during this most difficult time. I would like to express my gratitude to all Coast Guard units and the rescue teams of our local partners in the Puerto Rico Police and the Puerto Rico Emergency Management Agency for their tireless efforts and support in this matter.

The San Juan Coast Guard Sector began its search at 4:13 p.m. Thursday after a 911 caller reported that two people had been swept out to sea by currents at Steps Beach. A swimmer made it back to shore with the help of a passerby, who reported the incident to 911, the Coast Guard said.