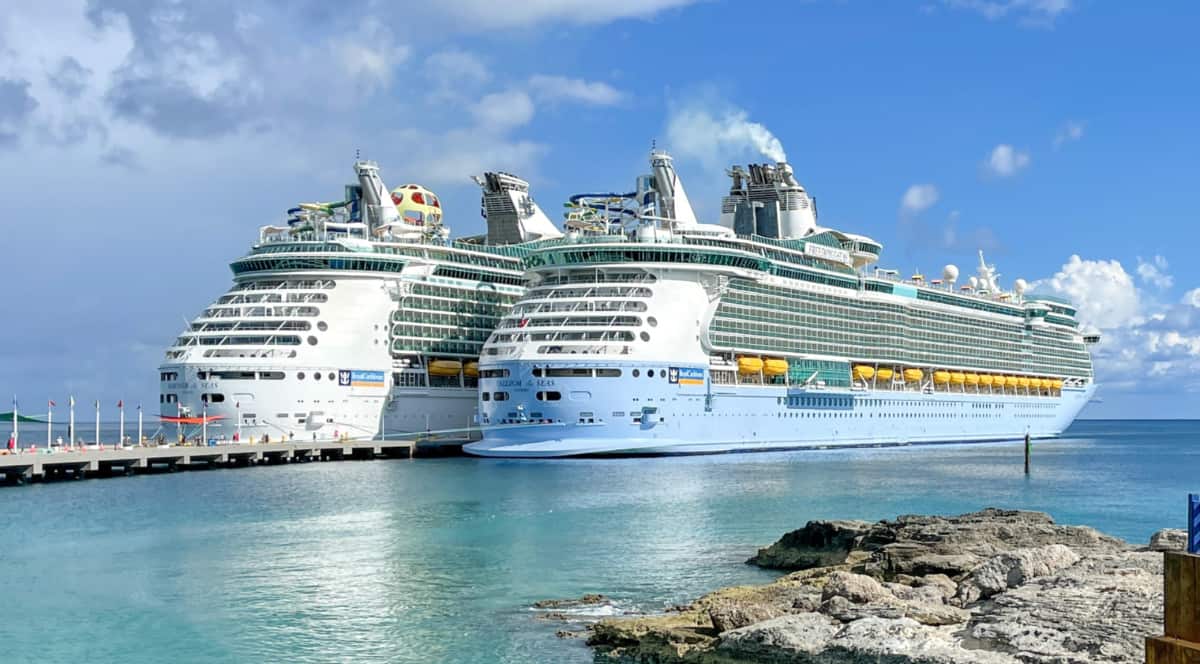 With occupancy levels increasing almost daily and virtually every ship in the fleet operational right now, Royal Caribbean can look forward to a successful 2022, despite losing $1.2 billion.

The world’s second-largest cruise line released results for the first quarter of fiscal 2022 today, and they show the strongest numbers in more than two years.

CEO Jason Liberty reflects on the pent-up demand that is bringing more and more cruise passengers to the ships, with bookings looking extremely strong.

Royal Caribbean has left the pandemic squarely behind with the release of the world’s newest largest cruise ship, wonder of the seasand positive signals from the construction of the first LNG-powered cruise ships.

Although slow, Royal’s approach is working

This may not be the approach investors would have taken had they had the chance, but the slow and steady process that Royal Caribbean has followed over the two years is paying off. The company lost approximately $11.1 billion during the pandemic, which had a significant impact on the business.

Revenues are on the rise. Onboard revenue has seen a huge improvement and bookings are stronger than in the record year of 2019. In 2021, 85% of ships were returned to service, which increased further in the first quarter of 2022.

Currently, 54 out of 62 vessels have resumed operations across its five brands, representing almost 90% of global fleet capacity.

Jason Liberty, Chairman and CEO of Royal Caribbean Group: “It is gratifying to see our ships and crew returning to our mission to provide the best vacation experiences in a safe and responsible manner,”

“Despite the impact of Omicron earlier in the year and the terrible conflict in Ukraine, we are encouraged by strong cruise demand and the steady acceleration in booking volumes. Since early March, booking volumes have exceeded the record levels achieved in 2019, and we are optimistic that 2022 will be a strong year of transition as we return to full operations and profitability in the second half of the year.”

The upshot is that Royal Caribbean expects to return to pre-pandemic sooner than expected.

Is this good news for Royal Caribbean?

With an operating loss of $1.2 billion and a loss per share of $4.58, not all investors will look at those numbers and be thrilled with the outcome.

Also Read: All Royal Caribbean Cruise Ships Return to Sail by End of May

Also, while bookings seem to be slowing down somewhat, bookings that are coming in are at higher prices and, for the most part, contain no Future Cruise Credit (FCC). And that’s not all.

By the end of the year, Royal Caribbean expects load factors to reach 100%, if this happens it would be the first time in two and a half years that Royal Caribbean cruise ships have sailed at full capacity.

The first quarter of 2022 in figures

Royal Caribbean reported a net loss of $1.2 billion or $4.58 per share for the first quarter. Although this is higher than last year, it is due to the cost of bringing ships back into service, returning crew to ships, supply and the results of the situation in Eastern Europe.

“Our core business performance continues to strengthen, fueled by strong demand and excellent operational execution,” said Naftali Holtz, chief financial officer of Royal Caribbean Group. “Our near-term goal is to return to full operations and profitability as we execute our recovery and build for long-term success.”

Fleet size increased to 63 with the delivery of wonder of the seas and Celebrity Beyond. These vessels, along with six other new vessels that recently joined the fleet, are contributing significantly to yield growth and profitability. The Group expects its entire fleet of 63 vessels to be operational in the coming months.