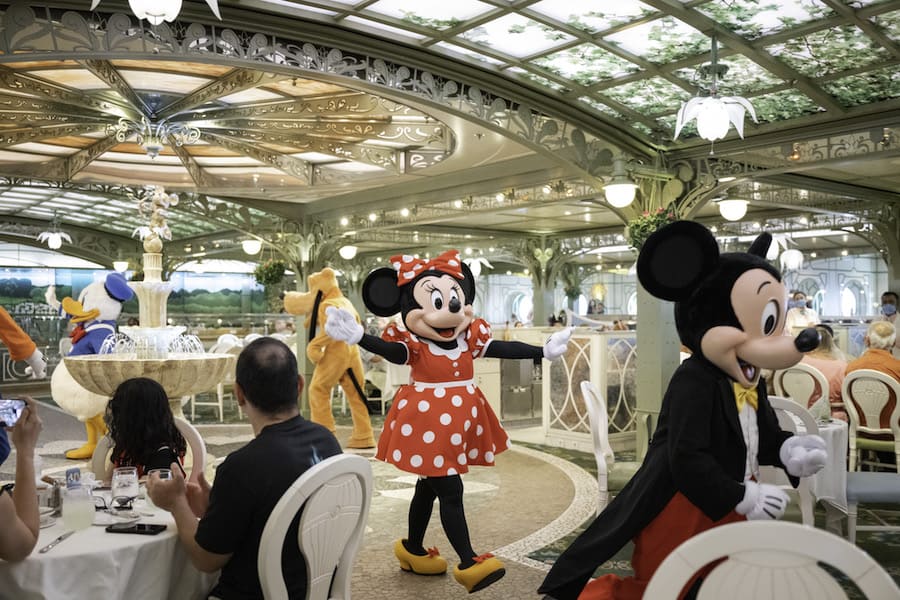 That being said, things may look a little different from your last Disney cruise, including the way you get to see your favorite Disney characters. Well, Disney Cruise Line just shared some additional information as well as a video showing a preview of what future cruises can expect aboard Disney Cruise Line!

The Disney Parks Blog today shared a new video showcasing exactly what guests can expect aboard the Disney Cruise Line:

Watch this video for a glimpse of all the excitement that could await you aboard the Disney fleet, then read on for more details on what’s new.

They then explained a new interactive musical moment with Captain Minnie and Captain Mickey will welcome guests aboard the ship. From the Disney Parks blog:

The magic of a Disney cruise begins the moment you step aboard the ship, and we’ve added even more fun to your first moments on board. Following our signature announcement from your family upon boarding the ship, you will be invited to enter the atrium for an interactive musical moment with Captain Minnie and Captain Mickey.

But that’s not all, as guests dining in Enchanted Garden will get to see new entertainment featuring Mickey, Minnie, Donald, Goofy, and Pluto. And for those of you who are fans of the Disney Princesses, if you dine at the Royal Palace (Disney Dream) and the Royal Court (Disney Fantasy), you will see some princesses as you enter the restaurant and enjoy live music during dinner.

Disney Cruise Line guests can also spot select characters throughout the cruise, including Goofy at the Walt Disney Theater, the Disney Princesses saluting in the atrium, and even the Green Army Patrol roaming the upper decks! And if you’re visiting Castaway Cay, keep your eyes peeled as your favorite Disney friends have even been spotted along the beach.

Are you planning to set sail on Disney Cruise Line This year? Let us know in the comments below.

If you want to board Disney Cruise Line on one of their ships – Disney Dream, Disney Wonder, Disney Magic or Disney Fantasy – or aboard the last ship, Disney Wish, once it debuts the next year, be sure to get in touch with our friends at Academy Travel.