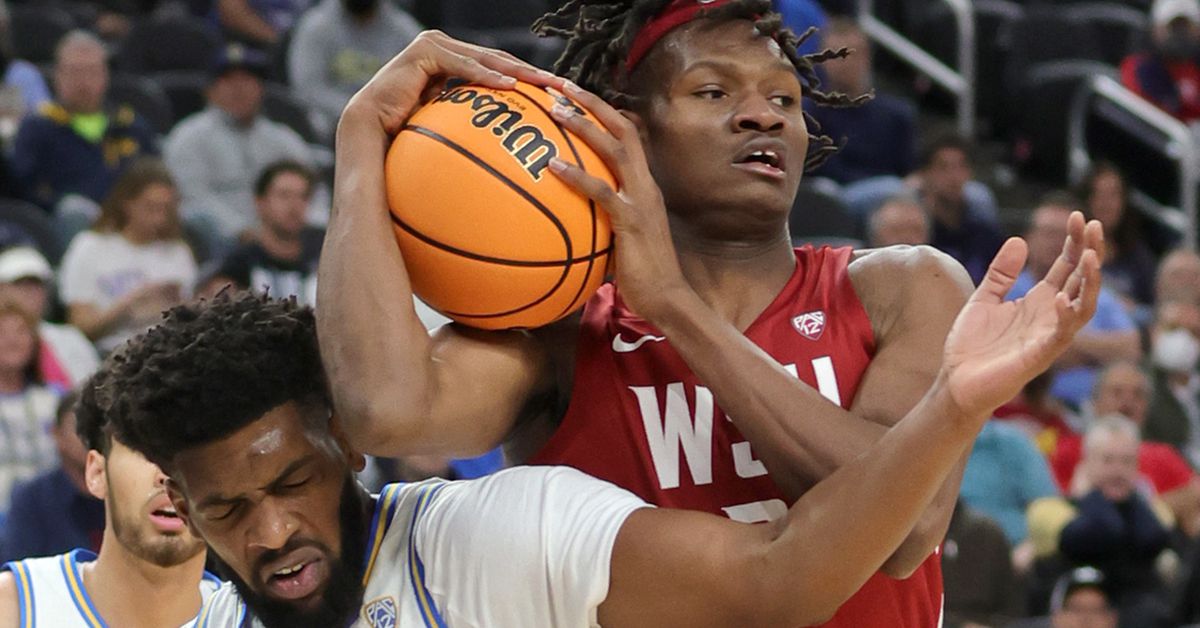 The Kentucky Wildcats may have little to no turnover in their men’s basketball program. Typically, single actors have been largely responsible for culture change.

However, this time around it could be players like Oscar Tshiebwe and Sahvir Wheeler leaving Lexington. Neither has officially announced a decision on their future, although recent buzz has been that there’s a good chance the two will return to Lexington this fall.

TyTy Washington won’t be returning either, and it’s possible that one or both of Jacob Toppin and Keion Brooks will leave as they test the NBA waters.

Although it looks like the chances of Tshiebwe returning are good at the moment, John Calipari is still going to explore other options in case he loses his National Player of the Year to the NBA Draft.

One of these options is washington state 6-foot-10 center Efe Abogidi, who already has a number of schools he’ll consider, including Kentucky.

Transfer WSU Efe Abogidi tells me he is considering the following programs:

Abogidi will leave after his second season at WSU. In his sophomore year, he averaged 8.1 points per game, up from 8.9 in his freshman year.

Abogidi is going to be a hot name in the transfer portal. He is 13th overall in The Athletic’s ranking of the best high schoolers and college transfers still on the market.

Given its long list of schools, it doesn’t seem likely that a decision will be made in the near future, which is good news for schools like Kentucky if there is mutual interest. But Calipari probably won’t take the commitment of a guy like Abogidi until he’s certain what Tshiebwe will do, which may not be finalized before the NCAA’s June 1 deadline to opt out. of the draft, assuming Tshiebwe tests the waters.

In the meantime, check out some highlights of Abogidi in action.