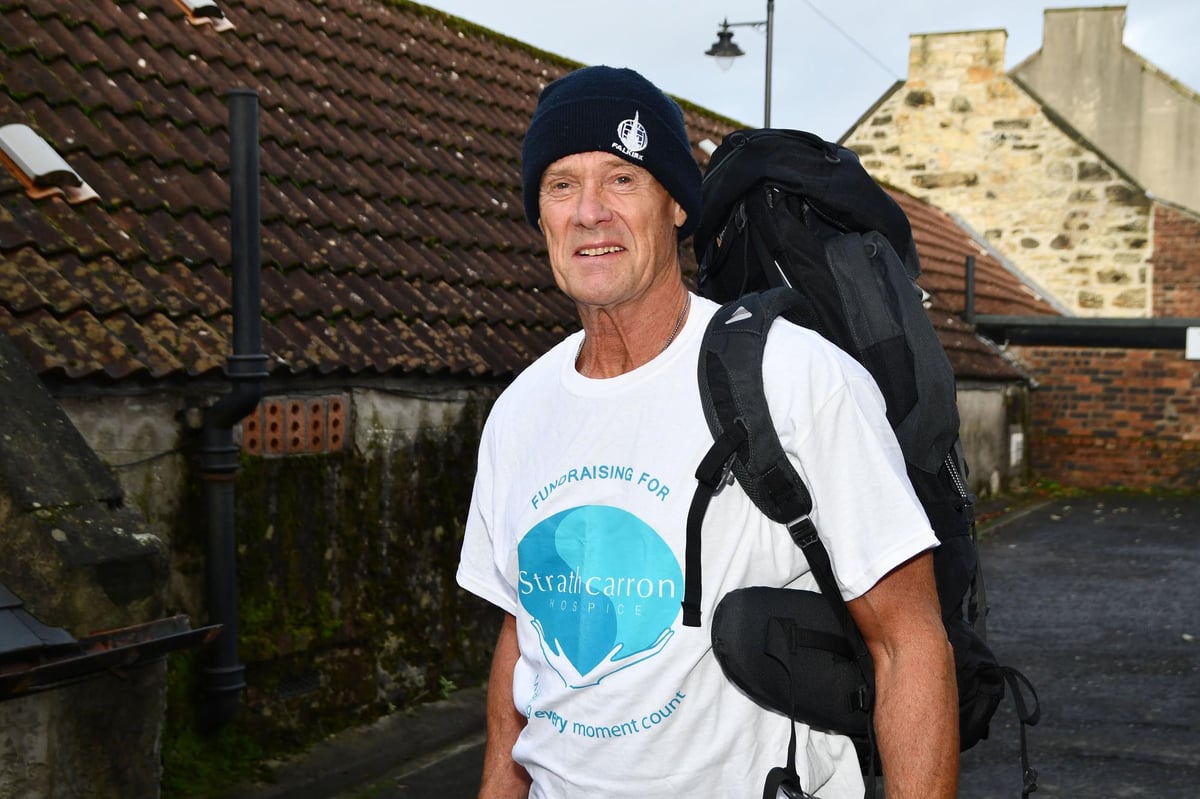 The retired captain who has traveled the world is now back on dry land and living in Falkirk’s Cow Wynd. However, at 67, he decided he wanted a ‘last hurray for old age’ by challenging himself to climb Africa’s tallest mountain and the tallest freestanding mountain above sea level. in the world.

He also wanted his adventure to be worthwhile for a good local cause and through his efforts, Strathcarron Hospice will receive a significant donation. His goal of £1,000 has already been exceeded by more than £700 and he hopes more can still arrive.

Once he decided to make the trip, Donald knew, like many people, that the biggest challenge would be acclimatizing to the high altitude – even the most experienced mountaineers are known to be sick with altitude sickness. altitude and not reach the summit. For this reason, he decided to travel with a company that added a few days of trekking at 15,000 feet to allow all participants to get used to the thinner air.

He left Scotland on October 4 and spent a few days exploring Tanzania before joining fellow climbers to begin the ascent on October 7.

“I was really concerned about altitude sickness and knew breathing the thin air could be a problem. I’ve tackled much more difficult trails on the munros in Scotland, but it’s the altitude that was always going to be the most important factor in my ability to reach the summit of Kilimanjaro,” admitted Donald.

“Our trip was eight days – six and a half days of those on the way up, which included two days of trekking at about 15,000 feet and then a day and a half coming back down. I was the oldest in the group. There were an American who was about five years younger, but he was a real badass, so the others were at least 25 years younger than me, so to say I was excited to summit with all of them is an understatement.

“The trek itself was a great experience and you go through so many different landscapes on your way to the top. There is a rainforest where you are surrounded by monkeys in the trees and then there is an alpine desert where the vegetation is the most unusual cactus. After that it gets very rocky and dusty.”

Donald Grant at the summit of Kilimanjaro on October 14, 2022

But he admits the final trip to the top was one of the most wonderful experiences he’s had.

“The guides wake you up at midnight and you start the final ascent. I admit it was tough but once you reach the top as the sun comes up it is exhilarating.

“Time to take some pictures – I had my Strathcarron t-shirt with me and took it to the top – then at 6:30am it’s time to descend. You travel pretty fast thanks to gravity and my ears popped as we descended.”

Safely home, Donald reflected on his trip, saying, “When it got tough, I remembered all the people who had sponsored me, so I was never going to give up. It was a very, very interesting experience, but I was still a little wary of any breathing issues I might have. But I made it and played my bagpipes which I took with me to about 15,500 feet, even though I never would have made it to the top.

“Somehow you manage to tap into reserves you don’t even know you have. It might be easier if you’re a little younger, but everyone is affected differently and I’m just glad I did.

Originally from Edinburgh, Donald moved to the area as a youth and attended Falkirk High School before starting his career at sea aged 18. Much of his time was devoted to offshore oil rigs which required a maritime presence when setting them up.

He was working in Saudi Arabia when the pandemic started and it all stopped almost overnight. But when it started to reopen again, people over 65 were told not to return, so its working life came to an unexpected end.

It was when he was looking for new challenges that the idea came to him to climb Kilimanjaro and he was delighted to make it an interesting trip also raising funds for Strathcarron who need to raise £14,632 each day for keep its vital services running.

Early morning walk as they head to the summit of Kilimanjaro

“It’s Falkirk’s own charity and 20 years ago I used to visit a friend who died there. I’ve always been very impressed with the people at the hospice and everything they do. Many who have donated have told of all that Strathcarron has done for them and those they know over the years. I have to admit that reading all their posts gave me a lump in my throat.

Donald, who has a 24-year-old daughter, aspiring opera singer Karla, said his experience on Kilimanjaro was “almost life-changing” as he pushed himself through physical barriers, particularly during the final ascent. However, he admits it is a race he will never regret participating in or forget his journey to the top.

You can add to Donald’s fundraiser here