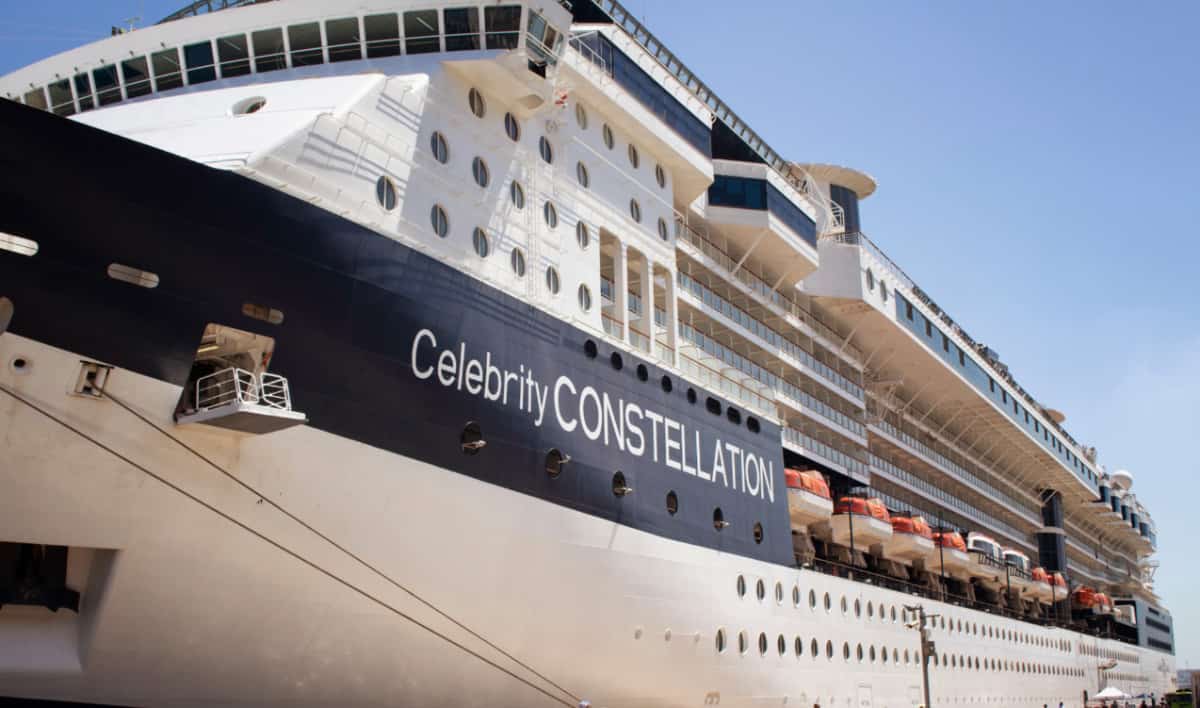 An engine room fire was reported aboard a bunker barge in Civitavecchia, Italy on Monday, May 9, 2022, as the barge was refueling celebrity constellation. Port authorities and rescue teams responded and the fire was quickly brought under control without damaging the cruise ship.

Fire aboard a supply barge

According to reports, the fire was first radioed from the tanker Punta Azzurra around 3:45 p.m. local time, while the barge was docked celebrity constellation for supply operations.

“Today the Civitavecchia Coastguard Operations Room received a Mayday call by radio from the Commanding Officer of the tanker Punta Azzurra, alongside the Celebrity Constellation cruise ship during the refueling phase,” Civitavecchia Port Authority reported.

The fire was reported to be in the tanker’s engine room and fire crews on board immediately responded to the dangerous situation.

Rescue operations and safety protocols were coordinated by the operations room of the port captaincy of Civitavecchia, which included the assistance of two tugs, pilots, mooring crews and Civitavecchia firefighters.

The flames were quickly extinguished even though the barge was disconnected from celebrity constellation and moved to a safe distance. Thermal cameras and other equipment were used to verify that the fire was completely extinguished, and the barge was taken to Pier 23 for mooring and subsequent safety inspection.

The barge will remain moored and not in use until the inspection is complete and the cause of the fire is determined. Punta Azzurra was built in 1986 and has safely and successfully refueled many different vessels, including hundreds of cruise ships, since its launch.

The Millennium class celebrity constellation was moored in Civitavecchia on May 9, during her current 13 nights, one-way from Barcelona, ​​Spain to Ravenna, Italy. The ship originally left Barcelona on Tuesday May 3 and will arrive in Ravenna on Monday May 16.

No changes to the ship’s itinerary are expected due to this incident, and celebrity constellation was undamaged and no injuries were reported.

it is not the first time celebrity constellation was involved in a potentially disastrous incident. In October 2018, the ship broke free from its moorings in La Spezia, Italyand collided with the neighbor Costa Magic. Fortunately, the damage was minimal and there were no injuries.

celebrity constellation has now departed Civitavacchia and is en route to its next port of call, which will be Taranto, Italy, on Wednesday May 11.

Civitavecchia is a popular port of call in Italy, as the port is only an hour’s drive from Rome. When this incident occurred, three other cruise ships were also docked in the port: Norwegian Cruise Line’s norwegian gemCosta Cruises’ Costa Tuscanyand Silversea Cruises’ silver dawn.

Royal Caribbean International The shine of the seas arrived later in the day, well after the fire had been safely extinguished.

The dangers of refueling operations

Refueling a cruise ship is always a dangerous operation, but the crews aboard the cruise ship and the refueling vessel are highly trained to handle the situation safely and respond appropriately to any emergency.

Aboard a bunker barge, multiple safety precautions are in place whenever a vessel such as a cruise ship needs refueling.

This includes proper spacing between vessels for hose length and fuel flow, safe access between vessels for crew members and refueling technicians, and pre-delivery security checks. During refueling, several delivery actions are taken and changes are made to the fuel flow depending on the level of the tank. At the end of the operation, the lines will be properly cleared before disconnection and fuel delivery will be confirmed.

For cruise ship passengers, refueling operations have no significant impact on onboard activities. Sections of the deck closest to the barge may be closed and smoking is prohibited on board the vessel until refueling is complete.

Fortunately, this incident was quickly brought under control and injuries on board the cruise ship or supply vessel were reported.