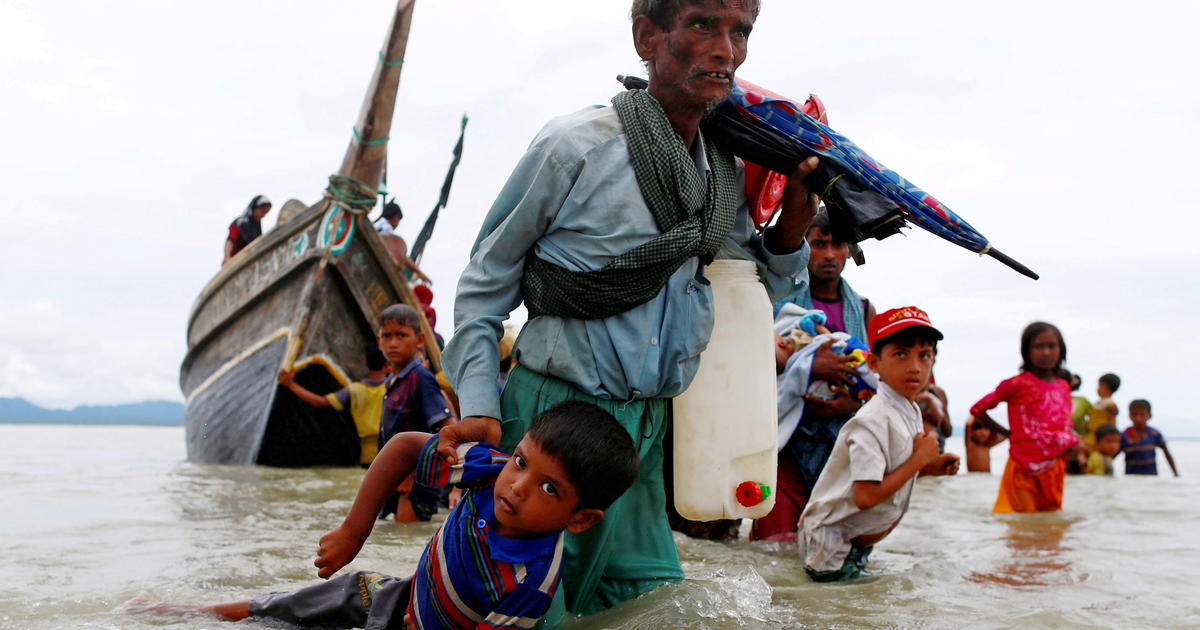 An Afghan Special Forces member prays on a highway prior to a Taliban combat mission in Kandahar province, Afghanistan, July 11, 2021.

Dane Siddiqui, Pulitzer Prize-winning photojournalist for Reuters, was killed on Friday, July 17, 2021, while chronicling the fighting between Afghan forces and the Taliban over the continued withdrawal of US troops and the NATO.

Siddiqui, 38, was integrated into the Afghan special forces as the commando unit fought for control of the Spin Boldak crossing, on the border between southern Afghanistan and Pakistan.

Danish Siddiqui takes photos of a damaged cargo ship in the Arabian Sea off the coast of Mumbai on August 9, 2010.

Siddiqui was part of a team of Reuters photojournalists that won the Pulitzer Prize for Photo Reporting in 2018 for his coverage of Rohingya refugees fleeing Myanmar. More recently, he had captured striking footage of India’s fight against COVID-19.

Scroll through our gallery for examples of some of Siddiqui’s remarkable images.

A wrestler rubs his hands with mud to prevent slipping from sweat, during a traditional mud wrestling (Kushti) bout at the Akhaara Center in Kolhapur, south of Mumbai, India on 14 February 2012.

A Rohingya refugee pulls a child as he walks to shore after crossing the Bangladesh-Myanmar border by boat across the Bay of Bengal in Shah Porir Dwip, Bangladesh, September 10, 2017.

In a statement to the Associated Press, Farhat Basir Khan, professor of mass communication at Jamia Millia Islamia University in New Delhi, underscored Siddiqui’s determination to tackle difficult and complex stories, and praised the meaning of the empathy of his former student: our eye. He gave voice and free will to thousands of people whose suffering could have been lost. If a picture is worth a thousand words, his is worth millions. “

Eleven-month-old Sakeena sleeps in a hammock on the lakeside promenade in Mumbai, India on March 21, 2017.

Originally from New Delhi and defense correspondent for an Indian television channel, Siddiqui decided to change careers in 2010 with an internship at Reuters. Self-taught photographer, Siddiqui told Forbes India in 2018 that he was frustrated that the TV news only focused on the big stories, not the smallest features of India’s interior.

A participant flies a tiger-shaped kite during the International Kite Festival in Mumbai on January 8, 2014.

A man is pulled to safety on a rope across the Alaknanda River during a rescue operation in Govindghat, Himalayan state of Uttarakhand, June 23, 2013.

Bathers stroll as a boy practices somersault on a beach in Mumbai, India, July 12, 2018.

A Naga Sadhu, or Hindu holy man, wears a mask before the procession to bathe in the Ganges during Shahi Snan, at the Pitcher Festival held amid the spread of coronavirus disease, in Haridwar, India on April 12, 2021.

â€œWhile I love to cover the news – from business to politics to sports – what I love most is capturing the human face of a breakup story,â€ Siddiqui wrote in a profile. on the Reuters website. â€œI really like to cover the issues that affect people as a result of different types of conflict.

Fireworks explode over participants carrying torches during a procession marking the 70th anniversary of the founding of North Korea, in Pyongyang, September 10, 2018.

Siddiqui has covered the wars in Afghanistan and Iraq, pro-democracy protests in Hong Kong, unrest in India and the COVID-19 pandemic.

A soldier eats an ice cream as she visits a zoo in Pyongyang, North Korea, September 12, 2018.

People watch the Afghan Special Forces convoy pass through a market during a combat mission against the Taliban in Kandahar province, Afghanistan, July 12, 2021.

Afghan Special Forces members keep watch as others search homes in a village during a Taliban combat mission in Kandahar province, Afghanistan, July 12, 2021.

Hindu worshipers stand in the waters of the Arabian Sea as they worship the Sun God Surya during the Hindu religious festival “Chatt Puja” in Mumbai on October 30, 2014.

â€œNinety percent of the photography I have learned comes from field experiments,â€ Siddiqui wrote.

On February 24, 2020, while covering sectarian unrest in a New Delhi suburb, Siddiqui and Reuters correspondent Devjyot Ghoshal saw a Muslim, Mohammad Zubair, being beaten by a frenzied crowd chanting pro-Hindu slogans, during protests triggered by a new citizenship right. Their images – widely circulated in international media – highlighted the danger of a wider conflagration between India’s Hindu majority and a sizable Muslim minority. Siddiqui, a Muslim, narrowly escaped when the crowd turned their attention to him.

A woman leans against a stretcher holding her husband in the hallway of the emergency department at Jawahar Lal Nehru Medical College and Hospital during the COVID-19 outbreak in Bhagalpur, eastern Bihar state, in India, July 27, 2020.

A health worker reacts before the burial of a Central Reserve Police officer who died of complications from COVID-19, at a cemetery in New Delhi, India, April 29, 2020.

People wait to cremate victims who died from the coronavirus at a crematorium in New Delhi, India on April 23, 2021.

Hindu devotees worship the Sun God in the waters of the Arabian Sea during Chhath Puja, in Mumbai, India on November 6, 2016.

Siddiqui, 38, is survived by his wife, Rike, and two young children.