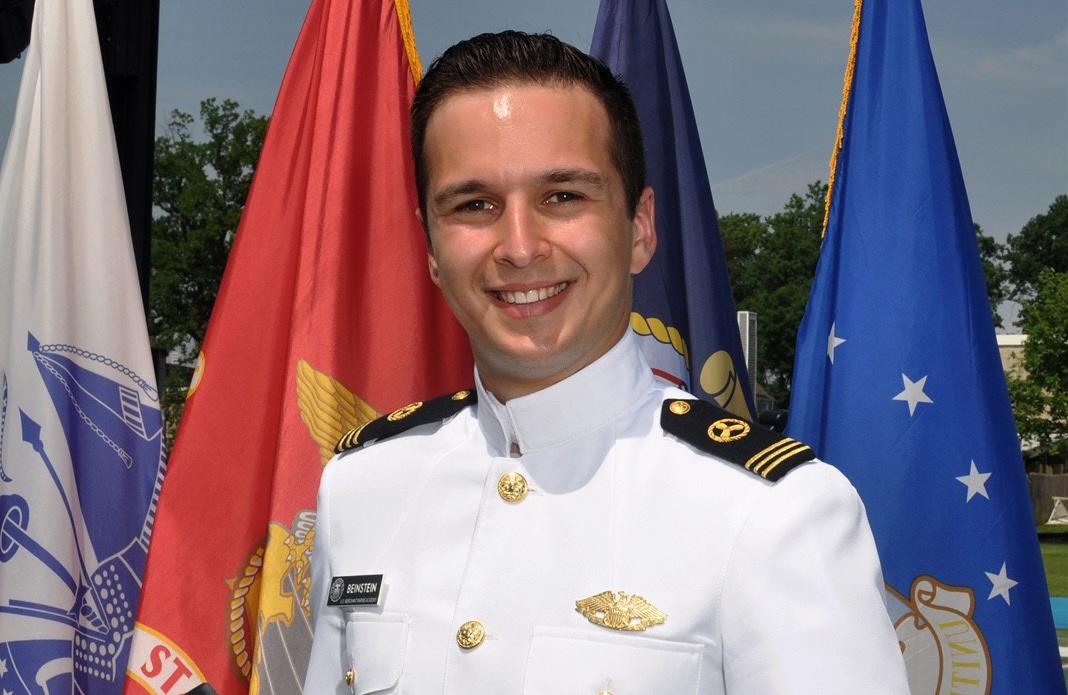 Jake Nolan Beinstein of Greenwich graduated from the US Merchant Marine Academy in Kings Point, NY, where he received a Bachelor of Science degree and a commission in the United States Armed Forces.

He also obtained a Merchant Navy Officer’s License, qualifying him to serve as an officer on any U.S.-flagged merchant navy vessel. Beinstein graduated from Greenwich High School.

As part of his four years of study, Beinstein spent a year training as a cadet aboard ocean-going vessels. All USMMA graduates have an obligation to serve the United States. He will fulfill his commitment as a nuclear test engineer at Electric Boat and serve as a strategic maritime transport officer in the US Navy reserves.

The US Merchant Marine Academy is one of five federal service academies. He trains and trains licensed merchant navy officers to serve the nation during peace and war. In addition to the rigorous academic and physical requirements for admission, applicants must be nominated by their congressman or senator. Beinstein was nominated by Senator Richard Blumenthal and the American Jim Himes.

The U.S. Flag Merchant Navy is essential for securing the country’s peacetime trade and delivering combatants, weapons, and military supplies in times of conflict. The majority of “Kings Pointers” serve eight years as Navy Reservists in the Strategic Maritime Transport Officer Program while working aboard US-flagged ships; others will serve in active service in the armed forces of our country.

US Senator Mark Kelly, D-Arizona, an Academy alumnus in 1986, gave the keynote address.

â€œYour degree comes at a particularly important turning point in American history. Maritime power matters more than ever. And a big part of that is all of you, â€Kelly told the graduates.

Two residents graduated from the University of the South

Two students from Greenwich received diplomas at the University of the South’s early 2021 ceremonies held on May 22 at Hardee-McGee Field on the Sewanee, Tenn campus.

Caitlin Stern of Greenwich received a Bachelor of Arts in Sociology from Hamilton College on Saturday, May 22, at a launching ceremony concluding the college’s 209th year in Clinton, NY

Jamie Salkin of Old Greenwich graduated with a Bachelor of Arts in Communication and Media Studies in May as part of the class of 2021 at Roger Williams University in Bristol, RI

Salkin was also named to the Spring 2021 Dean’s List. Students who achieve a GPA of 3.4 or higher are placed on the Dean’s List this semester.

Brooke Bayerbach of Greenwich earned Dean’s List honors at the University of Tampa in Florida for the spring semester of 2021. Students must maintain a GPA of 3.75 or higher to be eligible for the Dean’s List.

Three local students have been named to the Dean’s Academic Honor List for the spring semester at Baylor University in Waco, Texas.

In order to be placed on the Dean’s List, students must achieve a GPA of 3.50 or better.