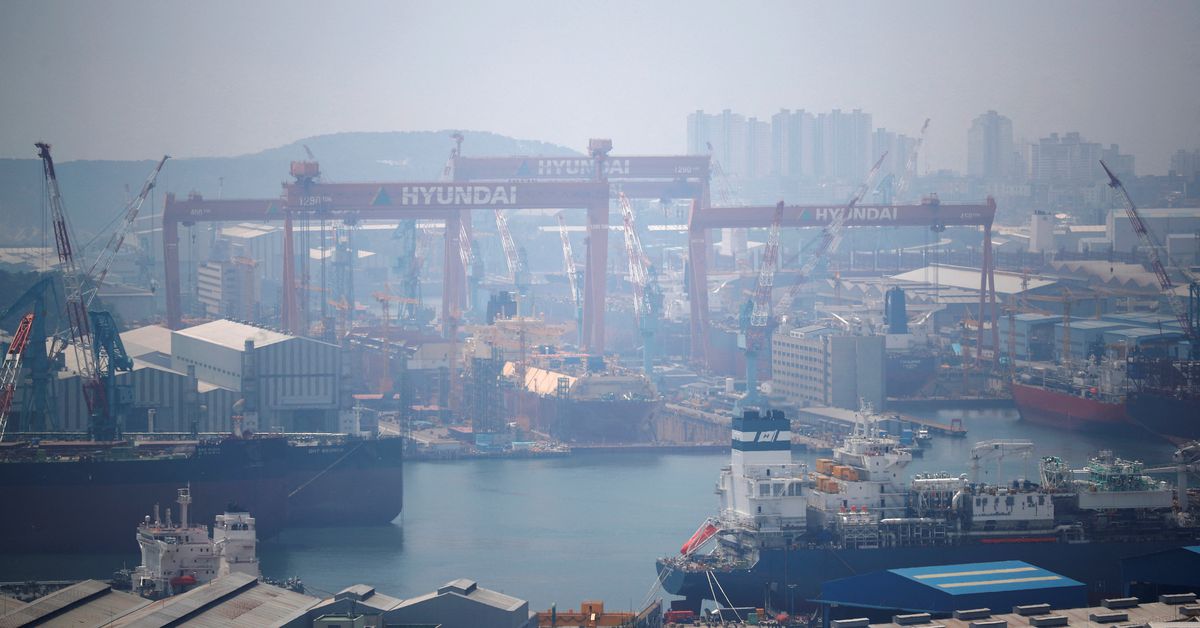 BRUSSELS, December 10 (Reuters) – The proposed acquisition by the South Korean shipbuilder Hyundai Heavy Industries (267250.KS) of its rival Daewoo Shipbuilding & Marine Engineering Co Ltd (042660.KS) is expected to be the subject of an EU antitrust veto after the companies refused to offer remedies to allay competition concerns, people familiar with the matter said.

Hyundai, one of the world’s largest shipbuilders and which announced the deal in 2019 in part due to industry overcapacity, said on Friday it expected unconditional clearance from the European Commission for the deal.

This is unlikely after an informal cure offer, which included the sale of part of a shipyard, failed when a formal proposal was never put on the table, people said. .

The Commission is concerned that the agreement will create two major players out of the current three.

Hyundai said it expects the EU’s competition watchdog to come to the same conclusions as regulators in Singapore, China and Kazakhstan, which have already given the green light.

â€œMarket dominance cannot be assessed solely by market share in the shipbuilding industry,â€ Hyundai said in a statement.

â€œIt is important to also assess the market on the basis of overall market conditions and dynamics. The shipbuilding market cannot be structurally dominated by a single company.

The Commission, which has set a Jan. 20 deadline for its decision, declined to comment. Daewoo did not respond to an after-hours request for comment.

The EU’s concerns centered on liquefied natural gas (LNG) carriers which are used to transport LNG between Europe and the Middle East and North Africa, told Reuters last year d ‘other people familiar with the matter.

The main customers of Hyundai and Daewoo are European shipping lines.

An EU veto would be the first since the Commission in 2019 blocked Thyssenkrupp and Tata Steel’s plans to form a historic joint venture, fearing the deal would drive up prices and reduce competition.