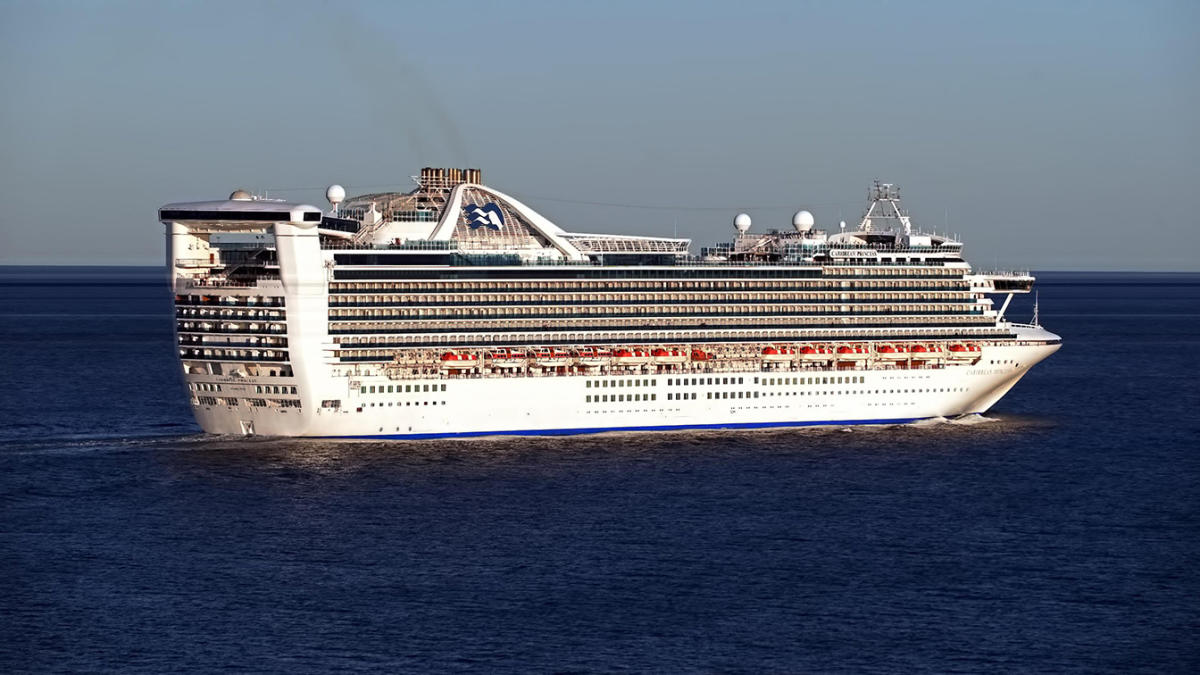 When a ship inadvertently spills oil, that’s big news. But according to a survey by the Outlaw Ocean Project, a Washington, D.C.-based nonprofit journalism organization, every three years, cumulatively, ships intentionally spill more oil than the Exxon Valdez and Combined BPs.

On August 23, 2013, Chris Keays, a newly hired engineer on an American cruise ship, the Caribbean Princess, immediately knew something was wrong with the huge ship’s engine room. The 28-year-old Scotsman was a low-level engineer who had just graduated from nautical school and had signed up for what he believed to be his dream job aboard the 952ft ocean liner, one of the largest passenger ships on the planet. The famous ship was a floating village, complete with mini-golf, casino, outdoor movie theater and 19 decks, accommodating over 3,000 passengers and around 1,000 crew.

Venturing into an unfamiliar section where he didn’t usually work, Keays saw an illegal device known in the industry as the “magic pipe”. From his marine studies in Glasgow, Scotland, Keays knew exactly what he was looking at. Several feet long, the pipe ran from a nozzle on a carbon filter pump to a water reservoir. His magic trick? Discard used ship oil and other harmful liquids. Rather than storing the highly toxic effluent and discharging it in port, as the ship was legally required to do, the pipe secretly discharged the waste into the ocean, saving the ship’s owner, Carnival Corporation, millions of dollars in disposal fees and in port delays. . Keays used his cell phone to take shaky videos and photos of the pipe, as well as photographs of the engine room computer screen that showed how the dumps were handled.

The sixth episode of “The Outlaw Ocean” podcast, from CBC Podcasts and the LA Times, sheds light on a vexing and woefully under-discussed issue made possible by corrupt ship captains who use a so-called magic hose to quietly dump oil below the waterline rather than disposing of it on the land as required by law. This case fits into a broader context of other forms of dumping at sea such as plastic pollution and highlights how the sea has long (and dangerously) been viewed as a bottomless dustbin. Listen to it here:

Cruise liners, like most large ships, burn massive amounts of the dirtiest fuel on the market. Before being used, the fuel is filtered and centrifuged to remove water, debris and chemical impurities, a process that produces what is called engine sludge. The disposal of this particularly toxic waste is costly.

Cruise ships also produce millions of gallons of oily water. This is the runoff of lubricants and leaks that flow from the many diesel generators, air compressors, main propulsion engines and other machinery on the ship and into the ship’s bilge tanks. Other liquid wastes also accumulate. “Black water” refers to the waste water from hundreds of toilets that are emptied day after day. Gray water comes from the dishes and clothes of the thousands of passengers on board or from the slimy food scraps and grease from the ship’s kitchens and restaurants.

Some of these liquids may be discharged into the ocean after mild treatment, but ship engineers are responsible for ensuring that none of the more harmful fluids are discharged. Sometimes, however, these engineers and their companies resort to magical pipes to make these fluids disappear.

In later court documents, Carnival called the Caribbean princess an isolated case. But oil logs from the company’s other ships, also leaked in court records, indicated oil spilling was a widespread practice and that on occasion engineers from other Carnival ships had cheated on equipment. monitoring by sucking up the same volume of salt water to replace the liquids they abandoned.

On the Caribbean Princess, the company had installed three separate machines to monitor and collect waste oil, well beyond what was required by law. Carnival has often highlighted the additional machines as proof of its commitment to environmental stewardship. Meanwhile, flight engineers had devised systems to bypass each of the three monitors. After uncovering these tricks, federal prosecutors wrote that Carnival, which had revenue in 2016 of about $2.7 billion, had a “strong sense of guilt.” In 2016, a federal judge fined the company $40 million, the heaviest such penalty in boating history.

Ian Urbina is the director of the Outlaw Ocean projecta Washington, DC-based nonprofit journalism organization that focuses on environmental and human rights issues at sea around the world.