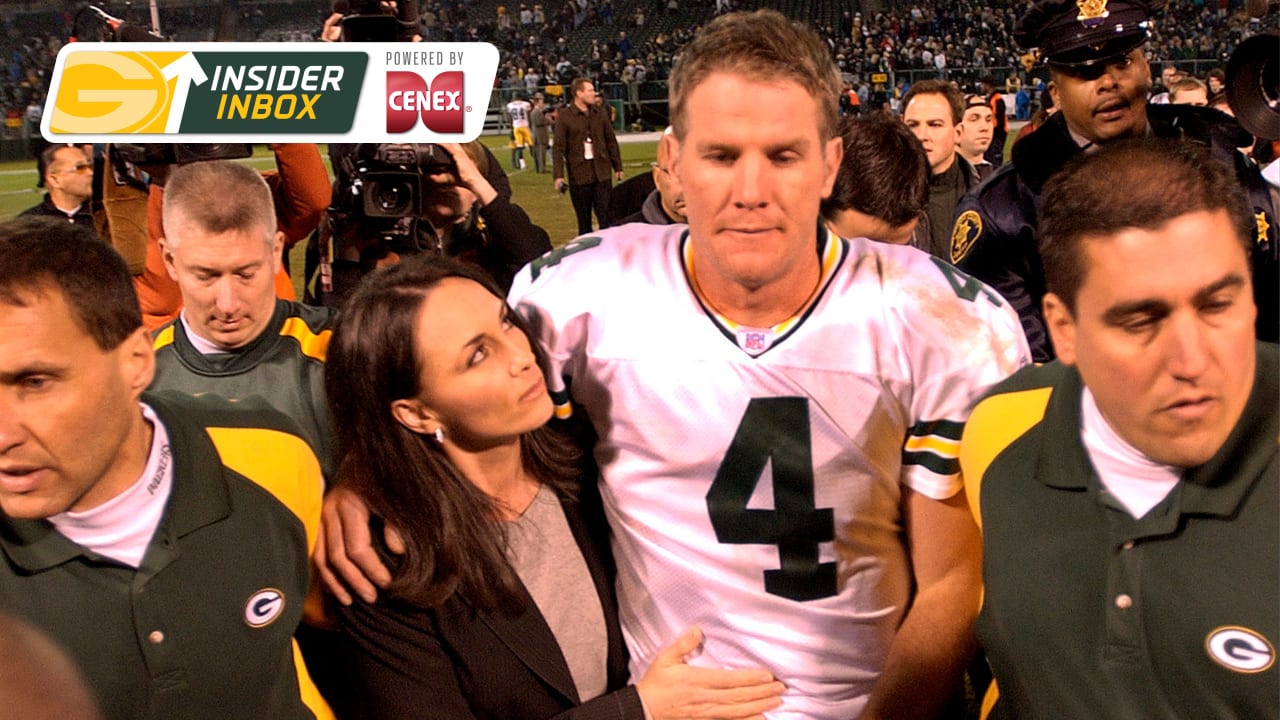 I have terrible international luck. In 2016 I was in Punta Cuna with some friends and of course the divisional round game was on. A Vikings fan was tweeting the whole game. Eventually my redemption came but it went much, much faster. And that’s when I was almost exiled from a resort in the Dominican Republic. Also, on my honeymoon in Jamaica 10 years ago in September, I watched the first three quarters on a beach with a giant screen only to wake up to the biggest FAILURE in the history of professional sports, the less it was the regular season.

The weirdest setting I’ve watched a Packers game in was in college. I was in my corner apartment, and it was a night game against the Seahawks. I walked into my room and noticed I could see that a neighboring apartment had the game and it was late in the fourth quarter, so I looked through my blinds (and theirs) and I witnessed Fail Mary being captured, so I was glad no one was around.

January 27, 1997, Super Bowl XXXI. I watched this match at the Tokyo American Club. While the game was played on January 26 in New Orleans, we live in Japan, so it was a later calendar date. I proudly wore my cheesy face to the early morning game watch and home on the Tokyo subway. Even watched the party replay at an American bar wearing the cheese head on the train that night. Unforgettable!

In the barracks of Zweibrucken Air Base, Germany. This was during the Forrest Gregg era and the Packers were playing the Cowboys under Tom Landry. When the game started, we all crowded into the common room to watch the game live. A few other guys and I were supporting the pack. Well, things didn’t go so well and at halftime I was the only Packers fan. They tried the whole game to get me to switch sides, but I didn’t! Appreciate what we have everyone!

The most unique place I watched a Packers game was my first trip to Lambeau in 2003 with my dad. I was a 7 year old star attending a preseason game against the Titans when a thunderstorm stopped the game in the 1st quarter. When the game started again at 11 p.m., we somehow managed to reach the indoor seats on the fourth floor instead of our outdoor bowl seats. Years later I’m heading when Brett Favre found out about the weather delay, he took a jet back to Mississippi and was home before play resumed. (Editor’s note: I was at that game too. We stayed until the bitter end).

Deployed on a US Navy guided missile cruiser in the Persian Gulf in the middle of the night after my watch ended as we continued to lose signal due to maneuvering and the ship buffeted by the waves.

I watched Super Bowl XLV from an aircraft carrier performing a major exercise off the East Coast. One of my bandmates was a big Steelers fan and we watched it together while wearing our respective jerseys. The best part (aside from the Packers win) was another one of my other cohorts was a big Bears fan. We had made a bet during the NFCCG that the loser would wear a winner’s jersey during the SB, so he had a good ol’ #12. It was even better than watching Japan’s SB XXXI.

Easy. The Packers 2017 NFC Divisional Playoff game against the Cowboys. My daughter was born the day before the game so we were still in the hospital. The whole day was a blur, including the match. We were new parents trying to figure out what our new life was going to be like, also surrounded by parents and my wife’s brother (a huge Cowboys fan) who were visiting. I also slept maybe two hours and just found out that our daughter broke her collarbone during childbirth. I still saw him throw it!

In 2019, I was traveling for work on a Sunday in remote northern Norway. My accommodation didn’t have Wi-Fi and my included mobile data couldn’t get me through the Packers-Cowboys game starting at 10:25 p.m. local time. Luckily, my phone was still connected to the wifi of the office where I had worked before, but I didn’t have the keys yet. The solution to watch the match was therefore to park as close as possible to the office and cheer on the pack alone in my car in the snowy parking lot all night long!

I watched the Packers vs Vikings 2004 Wild Card game (Randy Moss’ moon game) outside on the patio of my fourth floor apartment in Yamagata, Japan. It was snowing, so I tried to recreate the Lambeau Field atmosphere. Disappointing result, but a memorable experience.

I was deployed to Iraq in 2010-11 and watched our Super Bowl win against the Steelers in a large MWR tent at Ali AL Saleem Air Base in Kuwait. I had a television in my room in Iraq but had to fly on a C-130 from Tallil to Forward Operating Base Garry Owen with a layover in Kuwait. On the other side of the world, I was still surrounded by Packers fans! GPG.

I remember watching the Packers playoffs from Balad Air Force Base, Iraq, culminating in arriving at night shift so I could watch the Super Bowl on the big screen. I used to think that being there saved me from wasting a ton of coins and sparing no expense getting to that game. Fast forward to now, and I’m sparing no expense to see the pack in London to celebrate my 50th birthday. Hope to see you there! (Editor’s note: Special thanks to Bill and all of our military veterans who submitted their stories. Thank you for your service).

More experience than setting. The NFC Wild Card against the Eagles in January 2011, surrounded by enraged Eagles fans throughout the game, fearing for my life to the point of clapping my hands when the Eagles scored. When Tramon intercepted Michael Vick to seal the game, I couldn’t help but shout “Yes!!” at the top of my lungs. A fan three rows down turned around and shouted “Who said YES?” He was READY to draw blood. I looked around in ignorance. Escaped alive and happy with a W.

I was in Mountain View, CA on business in 1997 and found a Packers Bar in San Jose to watch the Packers play the Broncos. Being so far from home I didn’t know what to expect but was amazed to see it packed with other Packer fans well before game time. The atmosphere was amazing and everyone was so nice. It was like watching a game with 100 of your closest friends. Some drove five hours. Memories make us rich!

Last year against Arizona. It’s the time of year I go on an annual hunting/camping trip with my dad and due to the pandemic we canceled the year before. We decided to go in 2021. The first night it rained and we couldn’t sit by the fire so we stayed in the RV and played cribbage while watching the game. Before the interception, I said, “Either they catch, and we lose, or they don’t, and it goes into overtime with a kick.” I was wrong and I will never forget that night. Memories make us rich.