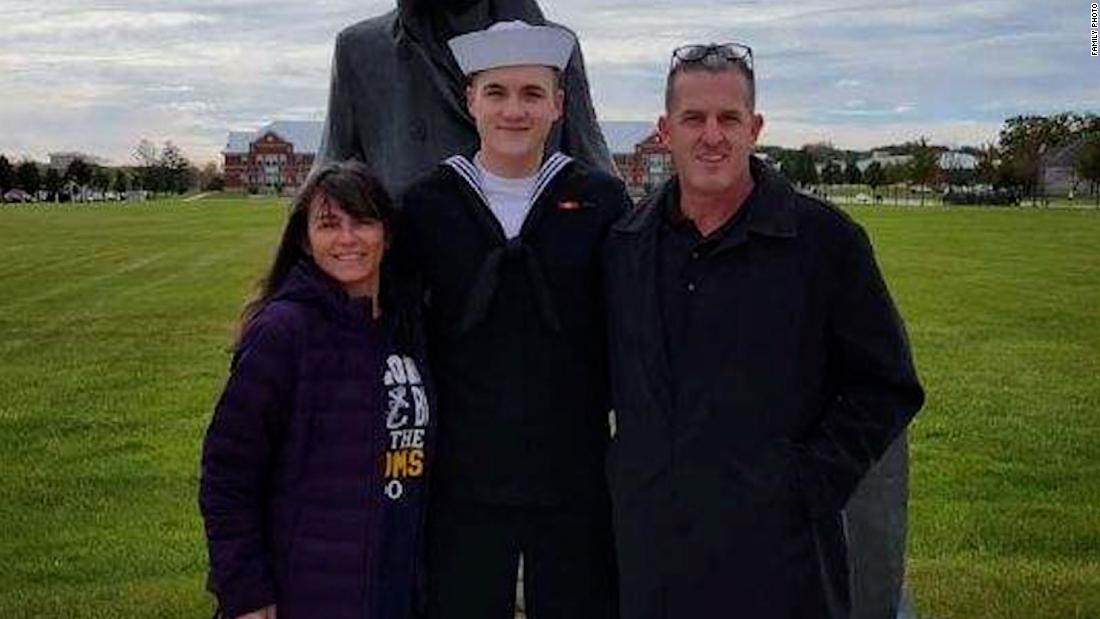 John Sandor and Mary Graft, the parents of rookie master-at-arms Xavier Hunter Mitchell Sandor, told CNN’s Brianna Keilar on “New Day” that their son didn’t provide many details about the terms on the carrier, but said the experience was “horrible”. “

“People shouldn’t have to live like this,” John Sandor told his son, adding that Xavier was calling them from his car and running out of hot water to shower.

Since Monday, more than 200 sailors have been moved from the aircraft carrier to a nearby Navy facility after multiple suicide deaths among the crew, including three in less than a week in April, the Navy said. The deaths occurred amid an overhaul process and years of refueling the carrier at a shipyard in Newport News, Virginia. The Navy has launched an investigation into the climate and command culture aboard the Nimitz-class aircraft carrier.

“He loved his job. He did his 12-hour shifts. And how do you sleep on an aircraft carrier with jackhammers and smoke and smells during the day? So he slept in his car” , John Sandor said of his son, who was 19. “It’s just awful. No sailor should even have lived on this ship in these conditions.”

John Sandor later said, “Knowing what was going on with the crew before him, this could have happened a long time ago and my son would still be alive. I don’t know why it took the Navy so long to act. . They had to wait for the seventh to actually make changes? It’s ridiculous.”

CNN reached out to the Navy for comment on Wednesday.

Capt. Brent Gaut, commanding officer of the aircraft carrier, made the decision to allow sailors living aboard the ship to move to other accommodations, according to a statement from Naval Air Force Atlantic. Although the carrier does not have its full complement of around 5,000 sailors, the ship still has around 2,700 sailors working on board during the overhaul process. About 420 sailors live on board the ship during her overhaul.

The ship’s command is working to identify sailors who might “benefit and desire the morale, welfare and recreation (MWR) support services and programs” available at local navy facilities. The Navy is in the process of setting up “temporary accommodations” for these sailors, according to an earlier statement from Naval Air Force Atlantic.

The results of the Navy’s inquest into the deaths are expected this week, Admiral John Meier, commander of the US Naval Air Force Atlantic, told reporters on Tuesday.

“We’ve assigned an investigator to investigate this and really look for the immediate cause. Was there an immediate trigger? Was there a connection between these events? I expect this to be reported this week, and I will not presuppose the outcome of this report,” Meier said.

The survey is one of two conducted by the US Navy. The second survey, Meier also said, has a “much broader scope” and focuses on “command climate, command culture.”

In response to the three suicides in April, the Navy added resources to the ship, including a “ship psychologist”, “resilience advisors” and “a 13-person sprint team, which is a special response team for cases like this”. Meyer said.