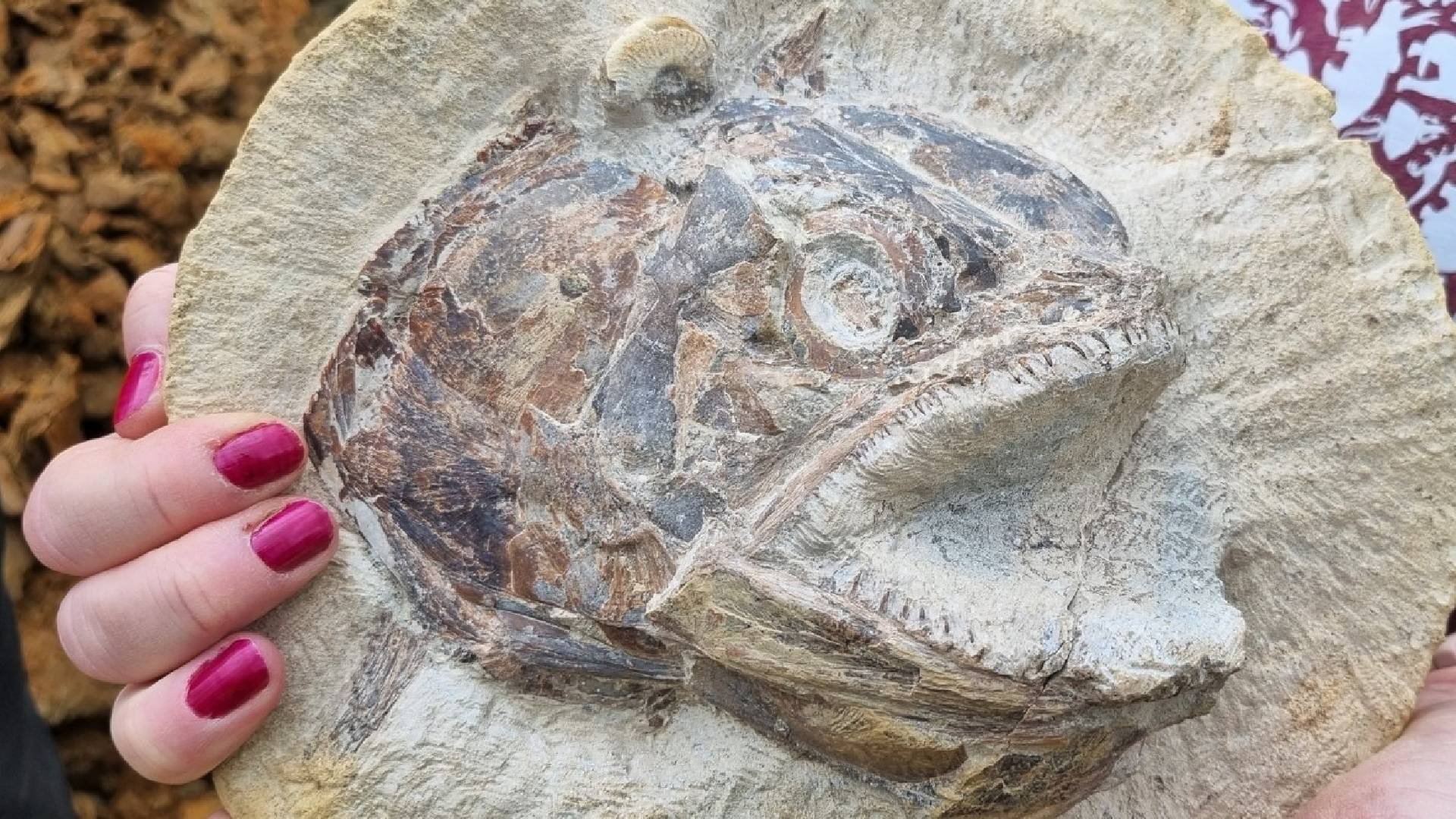 Now the team of paleontologists have begun investigating the remains of fish, ancient marine reptiles, squid, rare insects and more contained within three-dimensionally preserved limestone concretions, according to a statement by the University of Manchester. Together, these finds all illustrate a time when this part of the country was deep under water.

Experts say they can easily spot excellent detail on the scales, fins and even their eyeballs of prehistoric animals in the finds. There was even a three-dimensionally preserved fish head, belonging to a type of Jurassic fish called Pachycormus, which appears to “leap from the rock” in which it was contained.

“These fossils come from the Lower Jurassic, more precisely from a period called the Toarcian. The layers of clay exposed at this site near Stroud have yielded a significant number of well-preserved marine vertebrate fossils which are comparable to the famously and exquisitely preserved similar fauna of the Strawberry Bank Lagerstätte of Ilminster, Somerset – a prehistoric preservation site exceptional fossil. Excavations at Kings Stanley over the past week have revealed a rich source of fossil material, in particular a layer of rare rock that has not been exposed since the late 19th century,” the Hollingworths said in a statement. communicated.