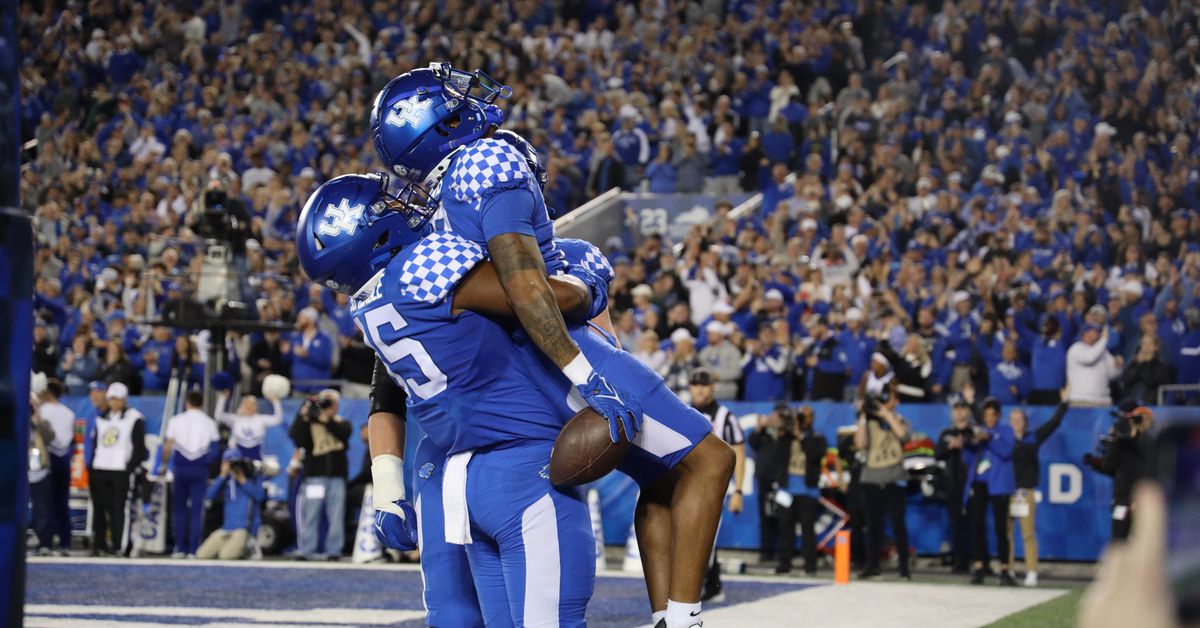 It wasn’t always pretty, but for the second time this season, the Kentucky Wildcats beat a top-16 opponent.

After beating then-No. 12 Florida in Week 2, Kentucky used another suffocating defensive effort to beat No. 16 Mississippi State by a 27-17 margin that included a defensive score for the Bulldogs.

The Cats will now have a well-deserved week off while preparing to face the Tennessee Volunteers in Week 7, which will be ranked in the top five after beating Alabama and assuming the Vols beat UT-Martin next week.

Come back here later to see where Kentucky is in the new college football standings.

Tweet(s) of the day

This man is bleeding blue through and through.

Will Levis injured: “It’s my left shoulder, so who cares.”
As for Will Levis, he does not care about his injury. If the x-rays came back clean, he came back to the game no matter what.

Kentucky will face Florida on ESPNU
Kentucky women’s soccer returns to national television today for a game at 1 p.m. ET with the Florida Alligators broadcast on ESPNU.

The best moments of 2022 Big Blue Madness
What was your favorite moment?

Report: Jordan Poole agrees to 4-year extension with Warriors
The 3rd-year guard will remain with the defending champion Warriors through the 2026-27 season.

Why successful college coaches like Matt Rhule fail in the NFL; plus, the five toughest running backs
Why do successful college coaches like Matt Rhule continue to fail in the NFL? Bucky Brooks provides his answer to this lingering football question. Plus, a hard-hitting ranking of the top five hardiest running backs in the league right now.