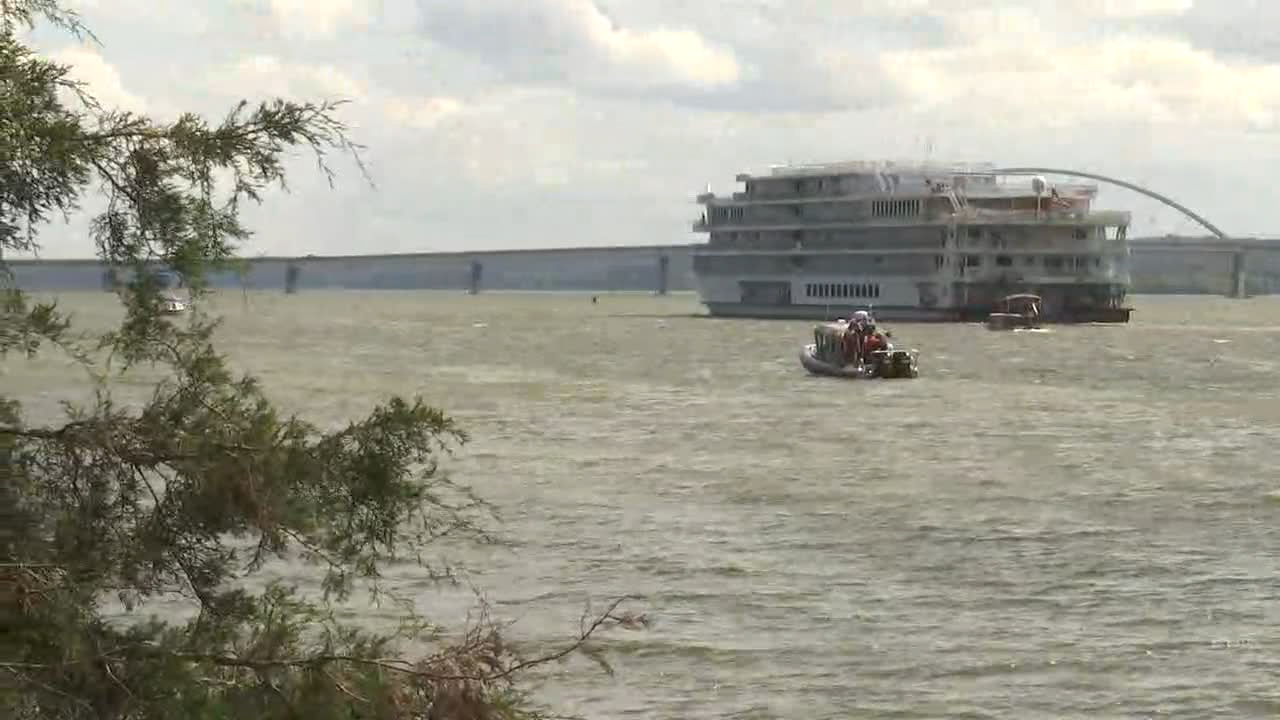 CADIZ, Ky. (WKRN) – Friday afternoon marked a big moment for residents of a neighborhood in Canton when the American Jazz cruise ship was finally freed after being stranded on a sandbar in Lake Barkley.

Cindy Hernandez and her husband watched and waited every day, trying to get a glimpse of any changes in the water.

“We’ve been watching it for several hours and observing it in the landscape behind, I can’t see it moving,” Hernandez said.

Friday started like many other days. Hernandez and her husband went to a yard in the nearby neighborhood to watch American Jazz. It has become a well-received tradition.

Last week, days after the ship was blocked, the US Coast Guard worked to push the ship using tugs. In a video sent to News 2 by one of the tug operators, you can hear the pull between the tugs and the ship, as the boats worked to loosen the huge riverboat. The attempt failed.

It wouldn’t be until Friday that the crews used a new plan. According to the US Coast Guard, a third-party company was hired to pump the remaining fuel out of the ship in an attempt to lighten the ship. On Friday, crews were out on the water tying cables to lift the ship off the sandbank.

“The guys were connecting the cables to the boat and we were worried they would break again because that happened last week when they were trying to move the ship and it’s scary,” Hernandez said.

Crew members remained on board as authorities patrolled the water, urging boaters not to move within 100 meters of the vessel.

The American Jazz was successfully refloated and was immediately able to start on its own, according to a press release from American Cruise Lines, the company that owns and operates the ship. After the riverboat was released, the US Coast Guard inspected the ship before continuing on its way to Nashville. American Cruise Lines officials told News 2 that the next cruise is scheduled to depart on July 25.

In a statement from American Cruise Lines, the company said it “would like to sincerely thank everyone on the ground in Kentucky for their tireless and continued efforts to refloat American Jazz. The modern riverboat got stuck on it. a sandbank in Lake Barley last week, on one of American Music Cities 8-day cruises between Memphis and Nashville.