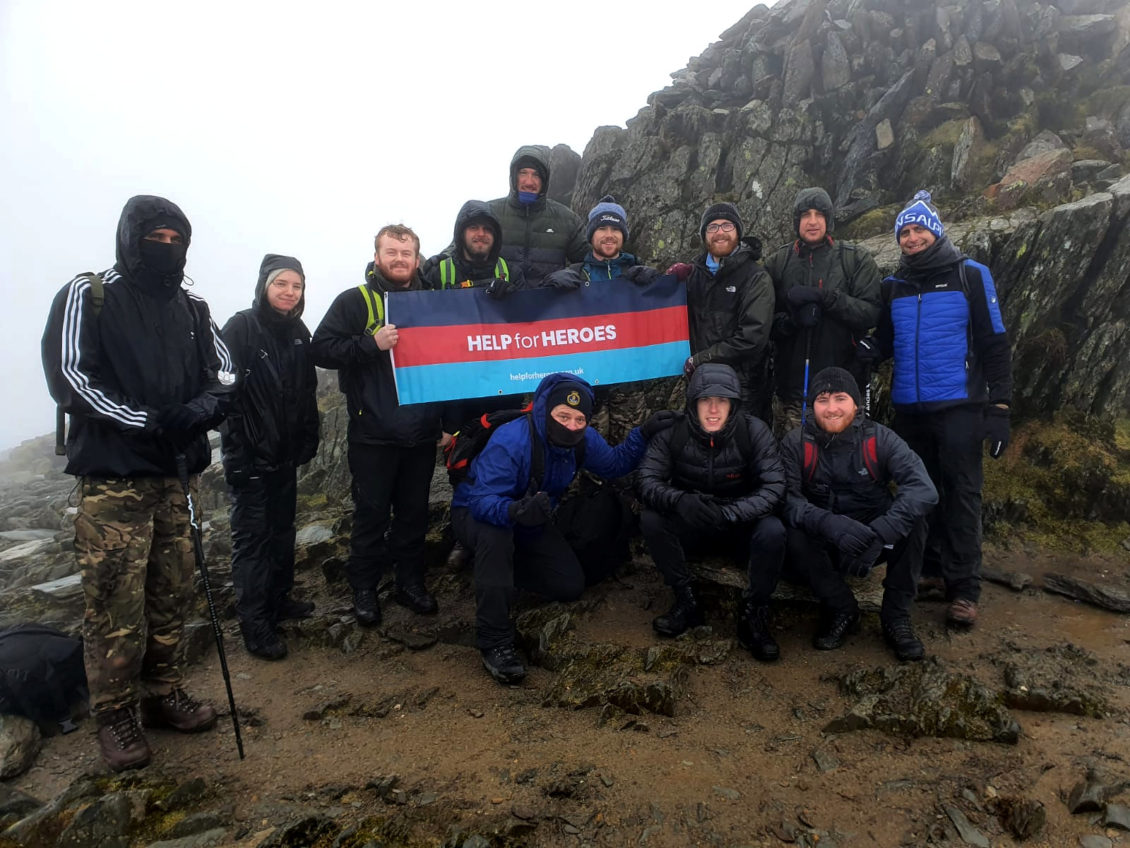 A sailor from Llanelli was joined by 15 shipmates from HMS Queen Elizabeth as he completed the daunting Three Peaks Challenge to raise funds for the armed forces charity Help for Heroes.

Naval Airman Rhys Gwilliam, 25, was part of a team from the Portsmouth-based ship that successfully scaled the highest mountains in England, Scotland and Wales in 24 hours.

Organizer Kieran James, 27, also a Navy aviator aboard the Navy’s fleet flagship, said: ‘We were all convinced we wanted to help raise money for a charity that does so much to support veterans. It may be one of us – or one of our colleagues – who will need to call on this support in the future.

“We chose to complete the National Three Peaks Challenge because it was clearly a good physical test for us, something that would live long in our memories and, logistically, over and over quickly.

“It was difficult to go to some places, but we are trained to overcome such challenges and we managed it with only a few bruises and blisters. We hope that people will support us in this endeavor and pledge a few pounds to help us help veterans who have been left with something far more substantial than bruises or blisters as a result of service from their country.

John Carpenter, Fundraising Manager for the Help for Heroes region, said: “Our thanks go to the guys at HMS Queen Elizabeth for their outstanding efforts. It is heartening to see today’s military go out of their way for those who have walked the path before them. Hopefully no member of the team will need our support in the future, but if they do they can rest assured that we will be there for them as we have been for thousands of others. before them.

Help for Heroes believes that those who serve our country deserve to be supported when hurt. Every day, men and women have to give up their career in the Armed Forces following physical or psychological injuries. The Charity helps them and their families to recover and get on with their lives. He has already supported over 26,500 people and will not stop until every injured veteran receives the support they deserve.

To donate to the team’s monumental effort, visit justgiving.com/fundraising/qehandlers3peaks