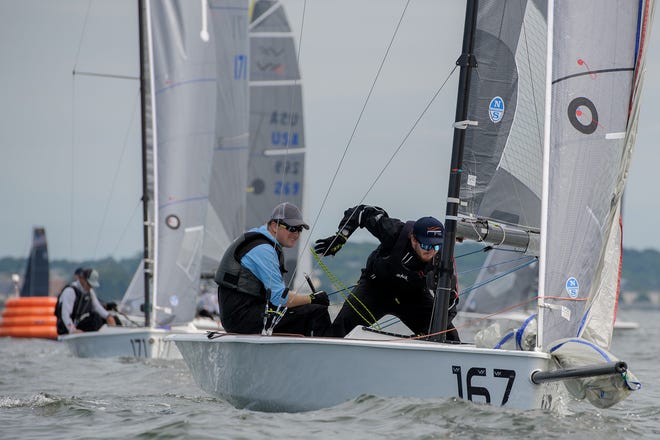 NEWPORT – In the wake of Tropical Storm Elsa, the weather cleared up to the delight of sailors who competed in the Newport Regatta last weekend. Sail Newport’s annual main event has been going on for 37 years.

The most recent and largest class to participate was the Melges IC 37. The class of boats is only a few years old, but has achieved international popularity for professional and Corinthian sailors.

Saturday and Sunday the race was extremely close. At the end of the regatta, only seven points separate the winners of first, second and third places

After:Sailors with disabilities find resources and support in Newport

â€œOur team has grown stronger for this since last year,â€ said Ruh. However, he realized, after a sixth place in the first race at the start of the regatta on Saturday, that “we had work to do”.

Rus said the team has refocused and achieved their goals, winning the next three races.

â€œWe had some good starts on the clear lanes,â€ said Rus. He added that the team has found its rhythm, able to change modes with every wind condition.

After:11 will be inducted into the National Sailing Hall of Fame at a ceremony in Newport

When the wind finally picked up enough to sail on Sunday, after an hour’s delay on land for all classes, the Freides / Ruh team on â€œPacific Yankeeâ€ took on the challenge of light and unstable conditions. Although comfortably seated at the top, the team had to calibrate its performance.

â€œWe certainly didn’t have it in the bag for today,â€ said Ruh, noting that the team missed a big change on the downwind leg when it fell deep into the fleet. “But we got our way back.” This seventh place would be their drop race.

After:For the Newport couple, 45 years on the water was the cornerstone of their marriage

The teams know each other and have a two-boat training program together on the West Coast ahead of the New York Yacht Club’s Biennial Invitational Cup this fall in Newport. Participation in the Newport Regatta was part of this preparation for the fall event on the same waters.

Chris Culver (Newport) and the team on Blazer II were just four points behind and finished third overall on his Melges IC 37.

For more information, the full scores and the image gallery: voilenewport.org.