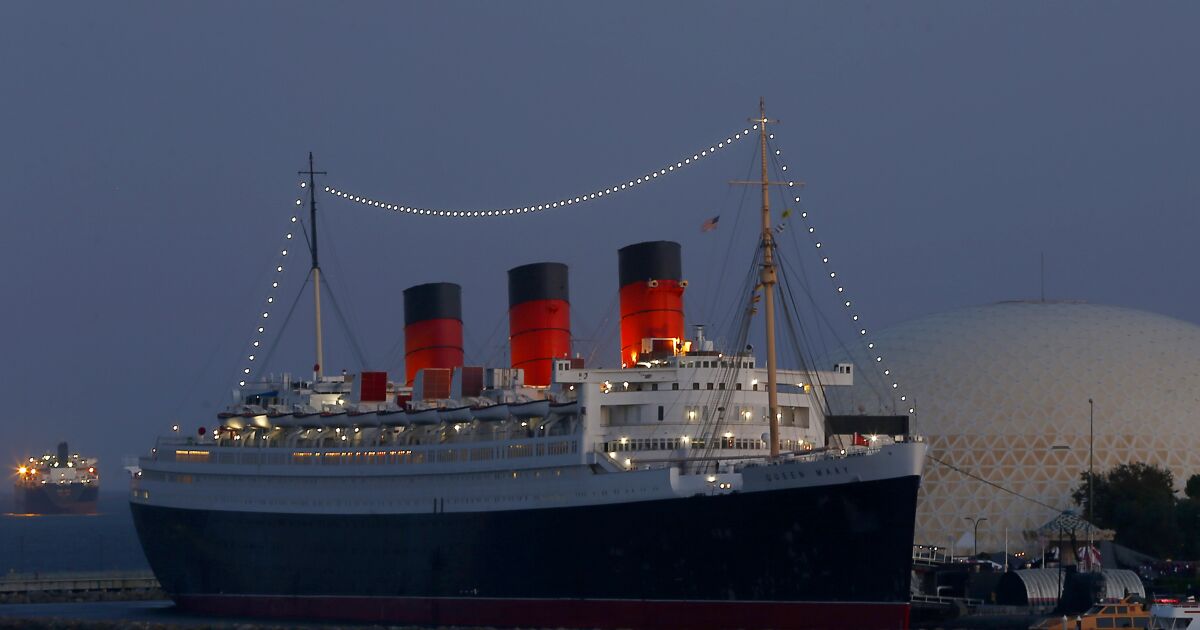 Long Beach City Council approved $1 million this week to pay for ongoing repairs to the Queen Mary, the latest round of funds to restore the aging tourist attraction.

The converted British liner, owned by the city, was used as a museum, hotel, restaurant and event space before being closed to the public in 2020 due to the COVID-19 pandemic.

Prior to the closure, the permanently moored vessel was in poor condition and at risk of sinking without urgent maintenance work, inspectors found.

Since 2017, studies have estimated the ship needs $289 million in renovations and upgrades to prevent parts of it from flooding. According to inspection reports released last year by marine engineering firm Elliott Bay Design Group, hired by the city, the Queen Mary needs $23 million in immediate repairs to prevent it from capsizing.

The task of getting the ship back in shape began this year when the city council approved $5 million for crucial repairs, including the removal of deteriorated lifeboats that had strained the ship’s support system, creating “serious cracks”. The lifeboats were ready to be disassembled after a bidding process to identify conservators or historic groups to restore them failed.

The ship’s former operator, Eagle Hospitality Trust, filed for bankruptcy protection in January 2021 and gave up his lease in June of that year after breaching several provisions of the lease, including failure to maintain the aging ship, the city said.

The city struck a new deal with Evolution Hospitality in June and has already spent $2.8 million municipal funds for plumbing repairs, new Wi-Fi, handrail restoration and energy-efficient light bulbs, and work has begun on the ship’s boilers and heat exchangers, the city said. in a report submitted to council this week.

The million dollars approved in a 5-0 vote on Tuesday is expected to pay for repairs to the ship’s linoleum flooring and carpeting, refrigerators, elevators and kitchen extractor hoods, which filter heat, smoke and fat during cooking. Room locks, which are known not to work properly, will also be replaced, according to the report.

Costs should be offset by revenue already generated from special events and filming on the ship, the city said.

Prior to the pandemic, the ship generated $3.3 million in tax revenue annually from its operation as a hotel, concert and festival venue, and film location.

The ship has been used as a filming location for period pieces such as ‘Pearl Harbor’ and ‘The Aviator’, as well as television series such as ‘Baywatch’ and ‘Charlie’s Angels’. Recently, the event space in the shadow of the ship has hosted popular music festivals such as Tropicalia Music & Taco Fest.