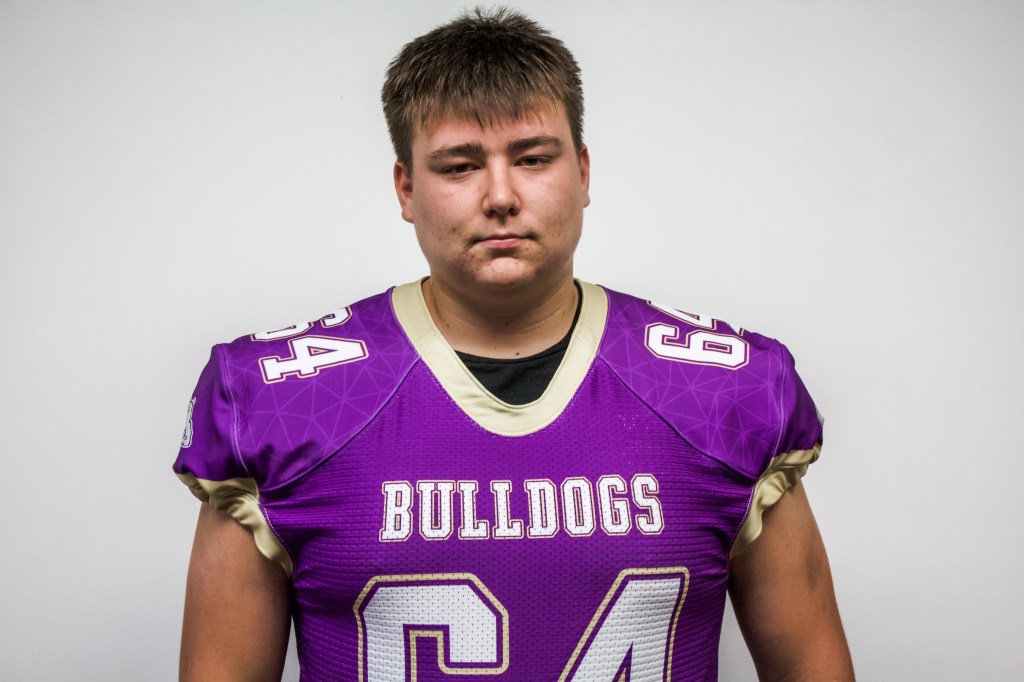 LOS MOLINOS – Bulldogs senior Karson Seaman was named Northern California Defensive Player of the Week by Cal-Hi Sports for his performance Friday night in a 49-12 road win over Weed.

Seaman, team captain, offensive guard and defensive tackle, had three touchdowns in the game and was nominated for recognition by head football coach James Humphreys.

At 6 feet, 6 inches and 300 pounds, Seaman is a defensive presence, but on Friday he made his mark on offense, with passes, runs and touchdowns.

According to Harold Abend of Cal-Hi Sports, Seaman had 57 yards on 10 carries and a touchdown, threw for a touchdown and grabbed a pass in the air and ran for 37 yards for a receiving touchdown.

Despite his stellar offensive production, Seaman is a defensive force.

Seaman is listed as having 51 pancake blocks in three games with the Bulldogs and has 129 total yards on offense.

Seaman is more than his size.

“He’s a quarterback in a lineman’s body,” said Humphrey.

Student 4.0 has sparked interest from schools in Division 1, Humphrey said. He plans to attend junior college after graduating with a view to transferring once he becomes NCAA eligible.

Cal-Hi Sports recognition can be viewed at https://www.calhisports.com/2021/09/28/socal-norcal-players-of-the-week-59/.