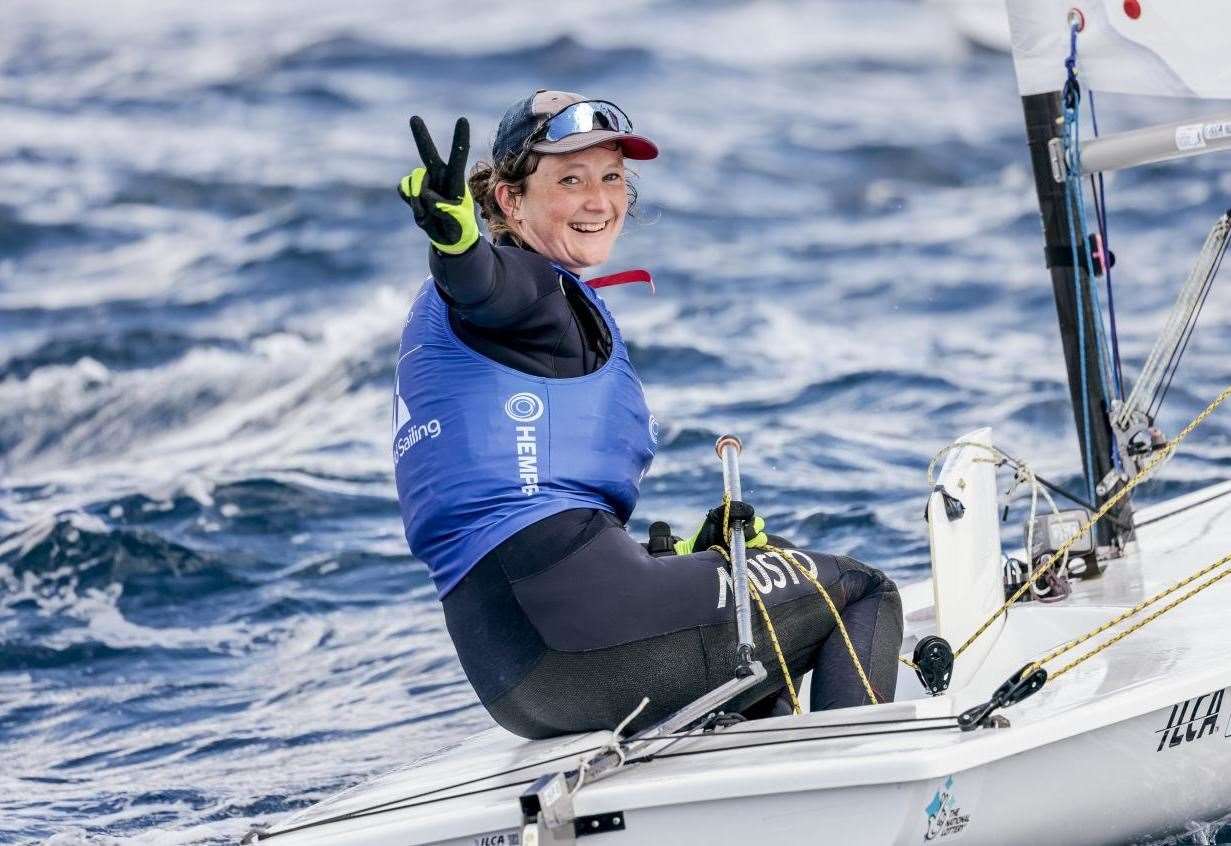 THRILLED Lymington sailor Hannah Snellgrove won a silver medal at the six-day regatta in Mallorca – her best performance at international level and at this prestigious event.

She was one of six members of the elite British sailing team who won medals at the Trofeo Princesa Sofia – the first event of the 2022 season in 10 classes.

Hannah (31), a member of Lymington Town Sailing Club, was impressive in the blustery conditions in the Bay of Palma and finished second out of 89 entrants in the final ILCA 6 (formerly Laser Radial) class medal race.

However, while she was assured of a medal, only one point separated the three-time British national champion from third place, Greece’s Vasileia Karachaliou.

That meant it was a straight fight between the two, with the best performer promised in second place, and Hannah kept her nerve to secure second place on the podium and set a scorer for the season ahead.

“I feel really happy and relieved,” Hannah said. “It was a really stressful medal chase, and I went into it knowing I could win silver or bronze, so it was a case of who beat who between Vasileia and me.

“I’m super happy to walk away with the money. It’s my best result at this regatta and it’s a huge confidence boost for the coming season.

“I keep checking the result and thinking it’s going to change or it’s not real – it’s not figured out yet!” added Hannah, a Cambridge graduate who is sponsored by law firm Moore Barlow and has her sights set on competing in the 2024 Paris Olympics.

“Palma is still a very big problem; it’s about people checking in on where their winter training has taken them and where they are in general. This is my best international result in such an important championship – I’m really happy!

“It felt like I ran a really consistent streak all week. I don’t think I had a result outside of the top 10, which is really cool.

The result is another impressive example of the determination and resolve of Hannah, who went on quite a voyage with British Sailing.

But she was hampered by injuries and in 2014 lost her funding, forcing her to retire from the sport for a time.

However, seeking one last chance to qualify for the Olympics, she secured a full-time job with A&T and crowdfunding, earning enough money to buy a new boat that allowed her to compete again in the global level.

From then on she achieved impressive results which secured her funding from British Sailing in 2018 and a place back in international level competition.

Hannah wasn’t the only local interest to take part in the event – British 470 pair from Lymington, Vita Heathcote and Ryan Orr, finished ninth in what was the new first mixed format for the class.