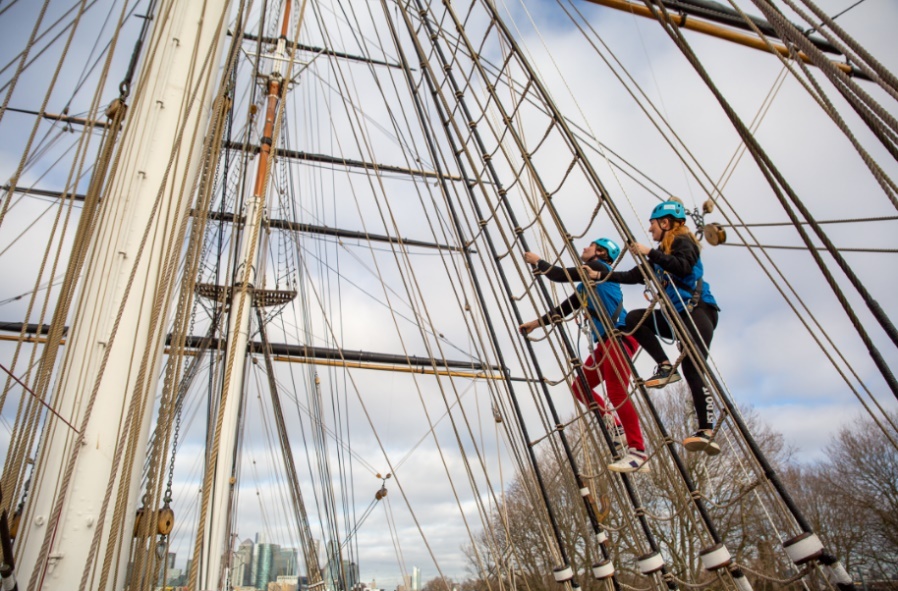 For the first time, members of the public will be able to get a glimpse of what it was like to be a sailor in the days of sailing. And by that, we don’t mean cookies with weevils and smallpox.

From April 2, one of London’s most iconic maritime landmarks, the sailing clipper Cutty Sark, will allow visitors to climb its dizzying rigging for the first time since it opened as a public riverside attraction. River Thames at Greenwich in the 1950s.

In its day, the Cutty Sark was one of the fastest ships in the world, ferrying tea from the Far East to Britain. Although it existed at the time on steam, it was entirely powered by wind, which required round-the-clock management by its crew. Climbing to altitude to trim the sails in all weathers was vital to maintaining the ship’s speed, but it was a perilous activity.

The Cutty Sark Rig Climb Experience promises to be considerably safer, although still quite terrifying. You will have to climb along one of the lower the yards, then head to the upper platform for the advertised riverside views of St. Paul’s Cathedral, Tower Bridge and The Shard, while trying not to cry like a scared child and throw up on your Vejas. Knowing that the Cutty Sark’s main mast is 152 feet tall, you might want to think about all of this before committing. If you have the head/stomach for it, it promises to be a real thrill.