University of Hawaii at MÄnoa 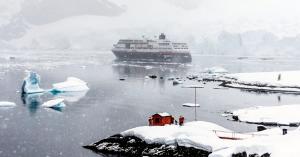 Climate change is causing the Arctic sea ice to thin, making more Arctic waters accessible for navigation and transportation, research and exploration, and other economic development activities. The increase in maritime activities in the region presents potential risks to the pristine Arctic environment, especially in areas used by fishing vessels, the offshore oil and gas industry, and cruise liners.

The National Science Foundation allowed nearly $ 800,000 in funding to researchers at the University of Hawai’i at MÄnoa to develop an advanced mathematical model to predict interactions between sea ice and ships or industrial structures. In addition, the research team will create a risk assessment system for shipping and other operations in the Arctic.

â€œThe interplay between the built and natural environment shapes the social and economic realities of the Arctic in observable ways,â€ said Deniz Gedikli, principal investigator on the new grant and assistant professor of Ocean and resource engineering at UH Manoa School of Earth and Ocean Science and Technology (SOEST). “We anticipate that ultimately, the knowledge gained through the project will benefit a wide range of stakeholders, such as residents, businesses, local, regional and government agencies, and universities who are vested in the property. -the region’s natural and social being to enable resilient and sustainable arctic communities.

In the Arctic, the main obstacle to understanding the physical environment is that all components of the Arctic system interact with each other in a complex and evolving pattern. In addition, marine structures operating in the icy areas of the region are also causing changes in the glacial landscape of the Arctic. Therefore, the researchers include three important aspects in this project: the built environment, the natural environment and social systems.

Gedikli and OcÃ©ane Francois, co-researcher and Civil and environmental engineering and Hawai’i Sea Grant College Program Associate Professor, will use a combination of data from field experiments, models, satellites and observations to explore the complex interactions between ice and marine structures in the Arctic to ensure safe transportation and transportation. operations in the region.

The developed model will be used to form a new concept of risk assessment that will help ship operators and people working on other man-made structures to make informed decisions during operations in the Arctic. To better assess their risk assessment model, Gedikli and Francis will also work with two large Alaskan fishing companies, who have agreed to test the proposed framework.

In addition to several graduate students and postdoctoral fellows who will be working on this project, the team will hire undergraduate students during the summer months to help raise awareness among young researchers about climate change around the world and in Hawaii.

Francis has a long history of working on Arctic related projects and spent 16 years in Alaska, working both in industry and academia and completing his PhD at the University of Alaska. Gedikli had a postdoctoral research position in Norway where he worked on projects related to arctic engineering. Realizing the potential for synergy between their laboratory groups, the two researchers will combine their expertise for future efforts.

Through this project, the UH team will initiate an international collaboration with Hayo Hendrikse from the Delft University of Technology (Netherlands). Hendrikse will use his new model of ice-structure interaction to cross-validate certain aspects of the proposed framework.