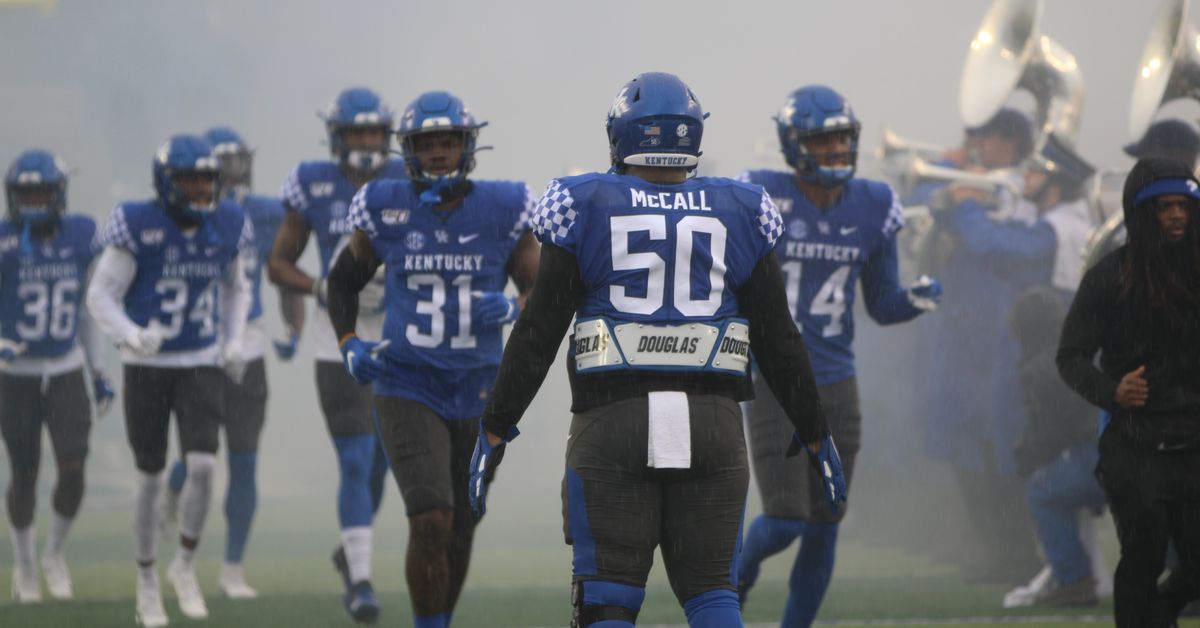 The complete transformation of the Kentucky Wildcats football program in recent years can largely be attributed to frontline dominance in the trenches – an area the UK has struggled with for decades playing in the best football conference in America.

It’s the upperclass Marquan “Bully” Mccall who will be able to look back and take considerable credit for changing the narrative on what it was like to play the Wildcats.

Now, like many of his teammates before him, Mccall has left for the NFL after agreeing terms with the Carolina Panthers as an undrafted free agent. Matt Lombardo broke the news.

The Detroit, MI senior nose guard came to the UK as a four-star recruit and played an impressive 40 career games. He had 57 total tackles, including 10 for a loss. But stats aside, Bully McCall has brought a lot more to the field than any hard numbers would show.

At 6-foot-3 and 342 pounds, the big man eats blocks for lunch and is a force for opposing offensive lines to deal with.

I personally saw him speak with the best of them, especially when the University of Louisville was involved.

To put it simply, McCall was all for being a Kentucky Wildcat. His tenacity and refusal to be pushed around provided the British defense with a swagger that was reflected in his play.

As he attempts to carve out a career in the NFL, it will be important that he plays to his strength as a run stopper, but also aims to improve his lateral quickness and ability to rush the passer.

Everyone is big, strong, and mean in the NFL. Marquan McCall will need to continue to add technique to his game and maintain top physical condition.

There is no denying that No. 50 will go down as a beloved wildcat and be welcome in Lexington for the rest of his life.