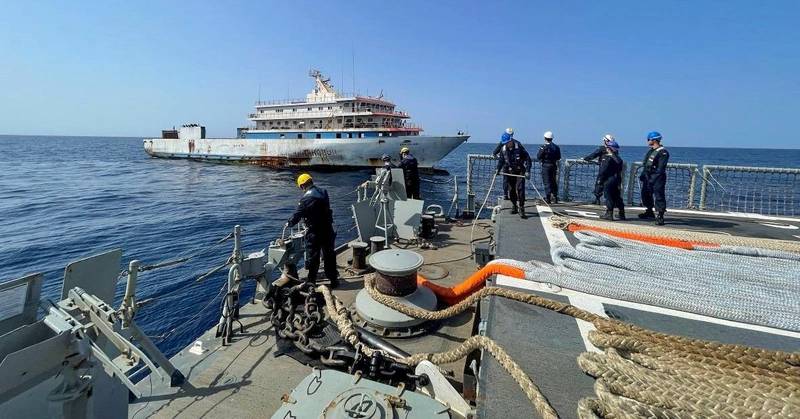 A merchant ship has been towed to safety after losing power in rough seas off the coast of Somalia.

On July 19, EU counter-piracy forces, EU NAVFOR ATALANTA, received a request for assistance from the Somali Ministry of Foreign Affairs and International Cooperation after the Tanzanian-registered merchant vessel Anatolian suffered complete propulsion and power plant failure, and was left without food or food. fresh water. At the same time, ATALANTA assets were granted clearance to enter Somali territorial waters.

For about a week, the Anatolian lay dead in the water in rough seas in the Gulf of Aden, north of the Puntland coast. Previously, a commercial tug refused to help due to inclement weather and rough sea conditions. Attempts by the crew and a navy vessel to repair the engine and electrical system failed and in the meantime the ATALANTA ESPS Numancia unit and another international naval unit provided food and fuel. drinking water to the Anatolian crew.

The Numancia and the Anatolian arrived in Bosasso on the morning of July 22 and the vessel ATALANTA carried out a smooth handover to the local port authorities.