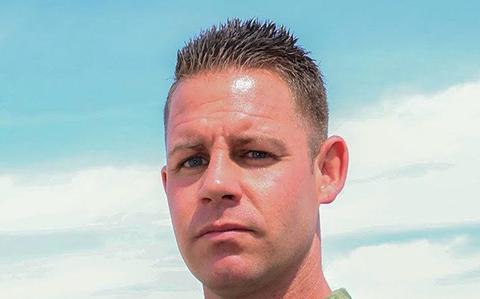 A Virginia-based Navy petty officer died of coronavirus-related complications at a Norfolk hospital on Sunday, the service said.

“Our thoughts and prayers are with the family, friends and colleagues of Petty Officer Crosby during this extremely difficult time,” Marine Col. Christopher Browning, the group’s commander, said in a statement.

A colleague described Crosby on Facebook as someone whose commitment to his wife and daughters was “a role model most could follow for a happy family.”

Crosby tested positive for COVID-19 on August 26, Lt. Cmdr said. Laura K. Stegherr, spokesperson for the Carrier Strike Group Four. He was admitted to Portsmouth Naval Medical Center on September 8 and transferred the next day to Sentara Norfolk General Hospital, where he died.

The sailor’s death comes just over a week after three civilian Navy employees died from complications from illness.

At least 90 Navy civilians, 36 contractors and two dependents have died since the start of the pandemic, the service said in an updated tally last week.

Crosby trained the crews of the air-cushion landing craft. The hovercraft is used in amphibious operations to transport equipment and Marines.

He joined the service in February 2002, according to data provided by Stegherr. Originally from the Cincinnati, Ohio area, he spent much of his career assigned to the Assault Craft Unit Four in Virginia Beach.

He was on the verge of retirement, wrote a commentator on Facebook, who described himself as another member of the LCAC team. instructor. Crosby had a calm and reassuring demeanor as they “flew” together on the craft where they spent countless hours, the commentator wrote.

Others in Facebook’s public comments reacted in disbelief to Crosby’s death.

â€œIt’s all so surreal,â€ wrote Brian Wemmerus, whose Facebook page says he’s a former chief petty officer who served with the Assault Craft Unit Four. “I keep thinking he’s going to show up on someone’s News Feed with a comment or a smart jab.”

Citing privacy laws, Stegherr declined to say whether Crosby was vaccinated. His positive test came just days before Secretary of the Navy Carlos Del Toro issued an order on August 30 requiring all sailors and Marines to be fully vaccinated.

“All of the Navy’s COVID deaths have been unimmunized individuals (one individual has been partially vaccinated),” the Navy said in an Aug.31 administrative message implementing the vaccination order.

Chad is a Marine Corps veteran who covers the U.S. military in the Middle East, Afghanistan, and sometimes elsewhere for Stars and Stripes. A native of Illinois who has reported for news organizations in Washington, DC, Arizona, Oregon and California, he is an alumnus of the Defense Language Institute, University of Illinois at Urbana- Champaign and Arizona State University.