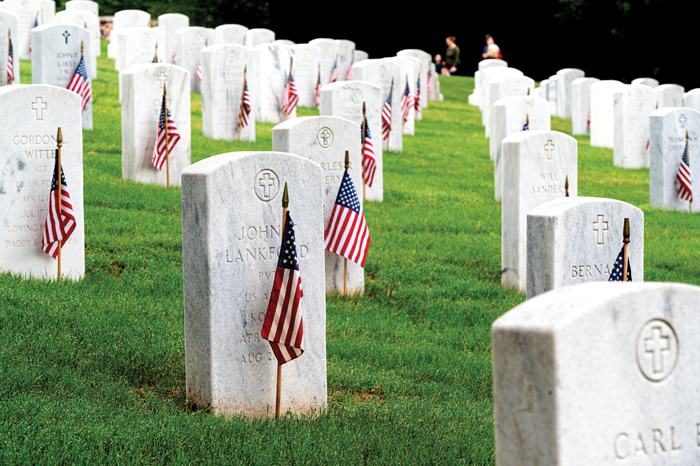 Ufford, a 17-year-old Leading Seaman from Kansas City, Missouri, was assigned to the Battleship USS Oklahoma at Fort Island, Pearl Harbor, when the Imperial Japanese Navy Air Service launched a surprise attack on the US Fleet of the Pacific. Pearl Harbor was the site of the US Naval Base near Honolulu, Hawaii. The USS Oklahoma suffered several torpedoes before capsizing and killing 429 crew members.

During the three years following the attack, the remains of some Navy personnel from the USS Oklahoma had been recovered and buried in national cemeteries located in Halawa and Nu’uanu, both in Hawaii. In 1947, these remains were excavated and transferred to the Central Identification Laboratory at Schofield Barracks in Oahu, Hawaii. Only 35 were identified and they joined 46 other unidentified veterans with burials at the Pacific National Memorial Cemetery, also known as the “Punchbowl,” in Honolulu.

Ufford, along with the other unidentified veterans, were labeled “unrecoverable” on “Missing Courts” at the Punchbowl.

When US servicemen remain captive, missing or otherwise go missing after war, the Defense POW / MIA Accounting Agency becomes the agent responsible for recovering them alive or recovering and identifying their remains. The agency estimates that more than 81,900 Americans are still missing during World War II, the Korean War, the Cold War and the Vietnam War.

Following the successful identification of a previously missing veteran, the respective military branch’s casualty office then coordinates with the family to inform them of the finds and arrange a funeral service. Families can then choose a cemetery in their hometown, a national cemetery, or Arlington National Cemetery near Washington, DC, for the burial ceremony.

Salisbury National Cemetery told the Post that families have the final say on when and where the funeral will be and how many people can attend the ceremony. All veterans, regardless of awards, honors and medals, enjoy the same burial ceremony. But families are not financially responsible for transportation or funeral costs.

After Ufford’s funeral, a rosette will be placed next to his name on the Missing Courts at Punchbowl to indicate that it has been fully explained.

Last week, the Defense POW / MIA Accounting Agency announced that the remains of a Marine killed in 1950 during the Korean War had been identified. Pfc. Henry E. Ellis, a 22-year-old sailor from Roanoke, Va., Will be buried at Salisbury National Cemetery on August 23.

For more information on recovery efforts for people missing from past wars, visit www.dpaa.mil.