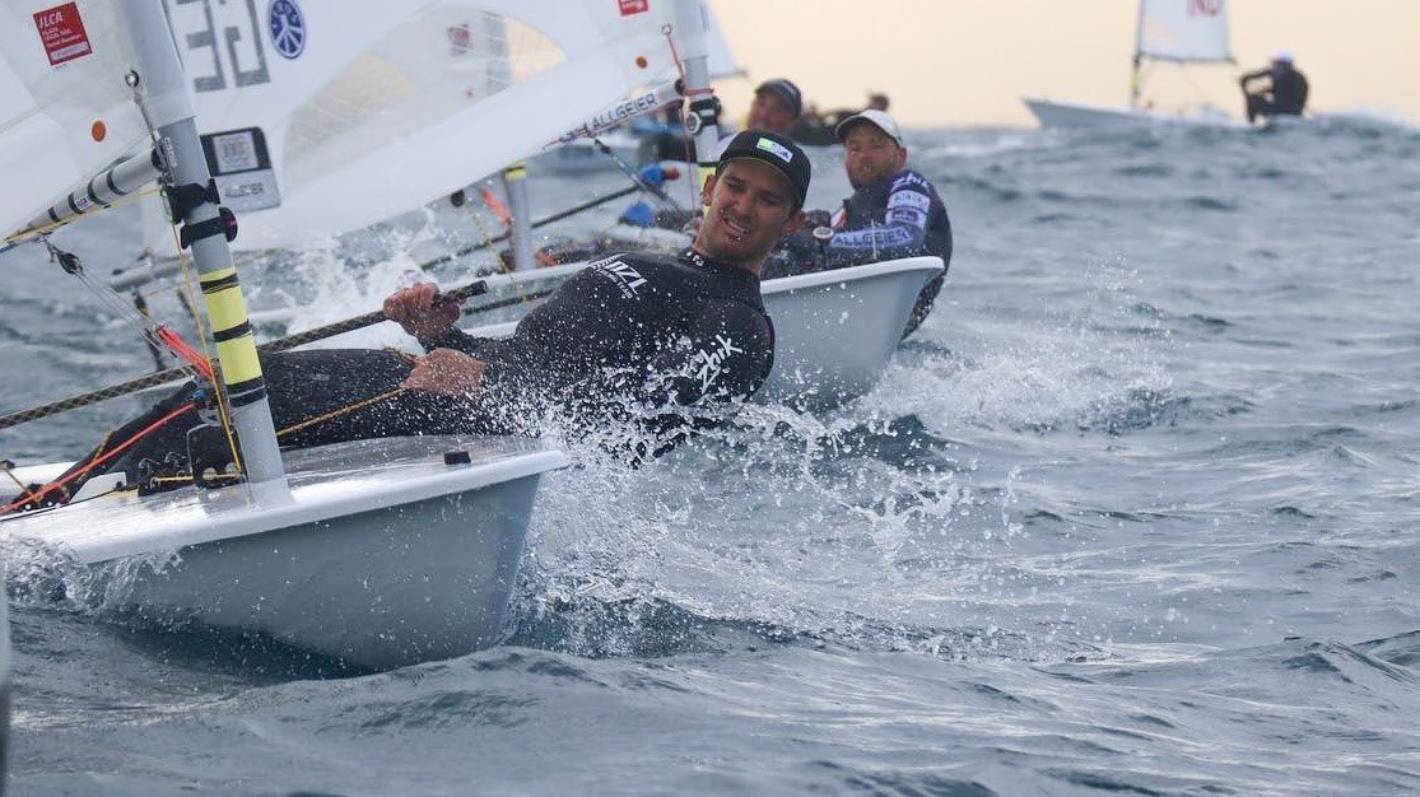 New Zealand sailor Tom Saunders took the lead ahead of the final day of the Laser World Championships in Spain.

The 29-year-old had a brilliant penultimate day, winning first, fourth and second place in all three fleet races for gold at Barcelona overnight, to maintain a practical 14-point lead over Irishman Finn Lynch. Olympic silver medalist Tonci Stipanovic (Croatia) is 28 points behind in third.

His compatriot Kiwi George Gautrey continued his climb in the rankings, moving to 18th place, and will try to finish his first international regatta in almost two years on a good footing.

Three races are scheduled for Wednesday evening (New Zealand time), when a strong coastal breeze and heavy swells are forecast, which will be a welcome relief for many who have struggled with a week of mostly light winds and long delays. .

There are still plenty of points to offer, but to reassure Saunders, a second regatta drop will come into play after tonight’s second race and 10th overall.

â€œIt was a great day for me today,â€ said Saunders.

“[Stand-in coach] Mike [Bullot] and I had a good game plan. We managed to make the right decisions all day which resulted in low scores for me. It’s always a bonus to win a race. This feeling will never get old.

â€œI feel like I’m sailing with a lot of freedom. It’s a good frame of mind and something Mike and I have worked hard on.

“I’m pretty excited for tomorrow. It’s a position I’ve never been in before. It’s also a lot of fun. I’m going to try to get some sleep, stay present and hope my legs straighten out. tomorrow.”

Saunders has been a regular on the Laser circuit for some time and has achieved notable results over the past decade.

He has finished in the top 10 twice at the world championships, has finished on the podium several times in World Cup events and is a former world junior sailing champion.

He has brought some form to this event, having finished sixth at the European Laser Championships last month in Bulgaria, and seems to have maintained good form throughout the week given he only got one result. apart from the first seven.

Gautrey chased consistency all week and was on track for a good first day of gold fleet racing with a 32nd and seventh place finish before finishing 64th in the last race of the day in a dying breeze.

“It could have been a good day, but the last race was difficult,” he said.

â€œWe finished without wind and four knots of current, it’s a shame. If it had been a good race, I would have had a good day.

“Obviously Tom is sailing well which is good to see. I hope there will be a big breeze tomorrow and we can have some good races.”

Results and ranking after the 5th day of the Laser World Championships in Barcelona: