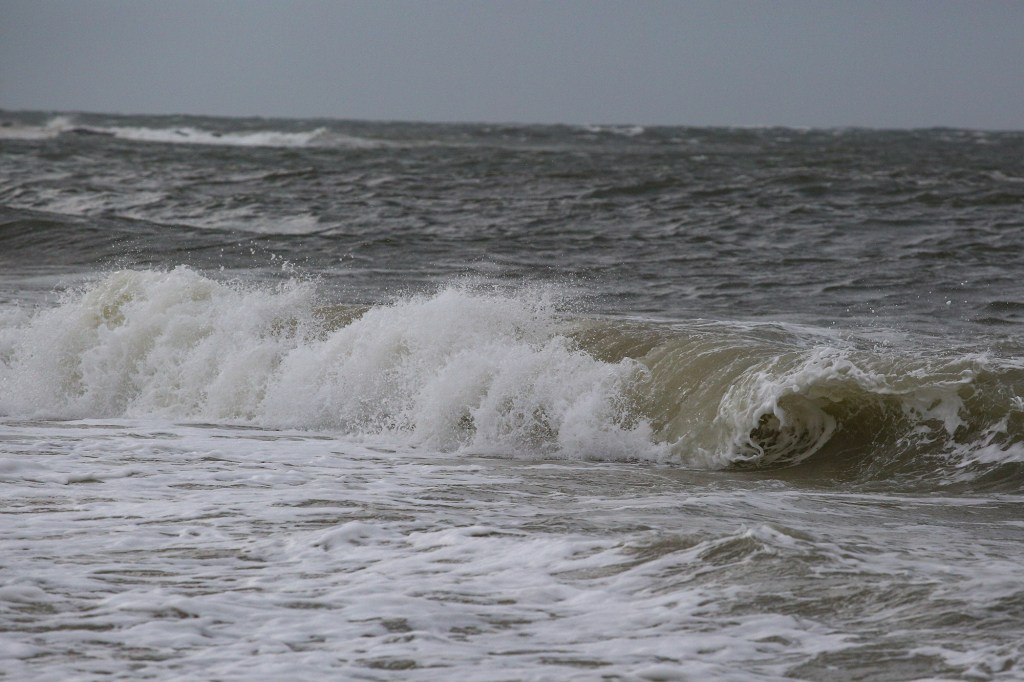 The waters of the Jersey coast turned deadly on Saturday as Tropical Storm Odette triggered dangerous conditions on beaches without lifeguards.

A man has died and several had to be rescued after dangerous rip currents sucked swimmers out to sea along short-staffed beaches throughout the day.

A 54-year-old man drowned on the beach in Brick Township – where there has been no lifeguard since Labor Day – despite the efforts of two surfers to save him, according to local reports.

Police and other agencies responded to a distressed swimmer around 12:30 p.m. Saturday and the coast guard managed to pull him out of the water.

He has yet to be identified out of respect for his family, police told Patch.

The Mount Holly National Weather Service had warned beachgoers in a tweet to stay out of the water, the storm raged.

â€œStrong waves with a higher risk of reverse currents are expected today and will continue tomorrow (due to Tropical Storm Odette which is well offshore and will move away from the area). Going into surfing is strongly discouraged! NWS tweeted.

In the nearby Toms River area, a man from Freehold and two women from Connecticut were hospitalized after being pulled from the ocean around the same time, according to Patch. One of the women, who was rescued by Seaside Heights firefighters on a jetski, remains in critical condition, according to Patch.

Fear prompted Toms River to close its beaches for the rest of the day.