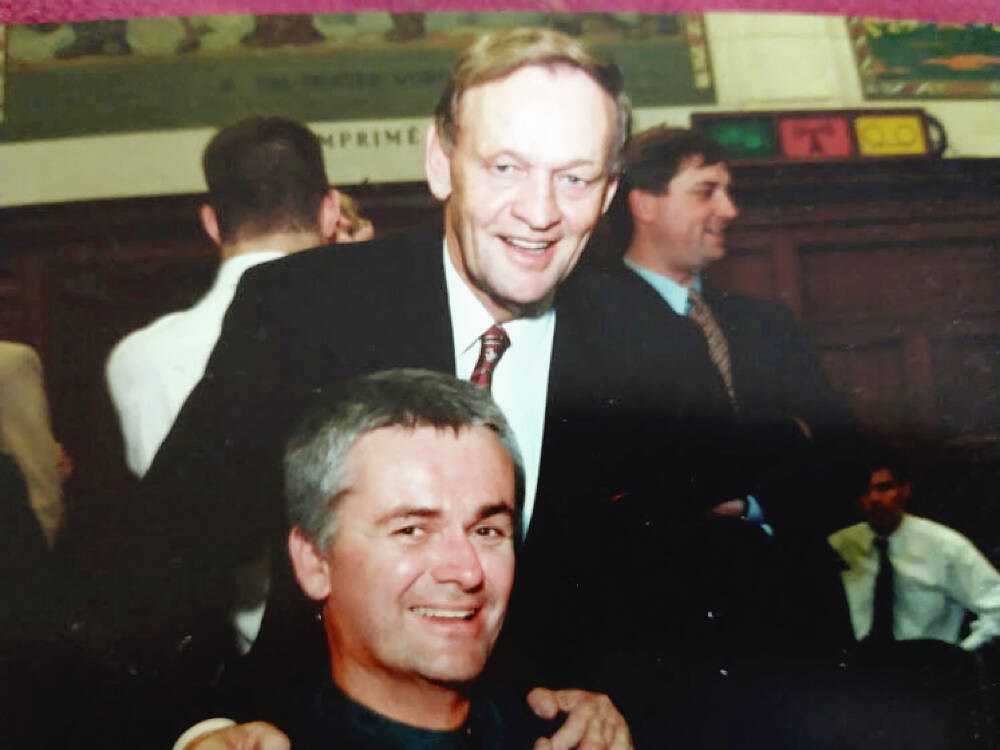 Victoria’s David Cook, who won a silver medal in sailing at the 1996 Paralympic Games in Atlanta, never let the many barriers he faced stand between him and his love of being on the water. waves.

Cook was diagnosed with spinal muscular atrophy, a degenerative and incurable neurological disease, when he was 17 years old. Active as a child and a former football player, he found innovative ways to get in a boat and sail even as his illness progressed.

The Canadian crew of Cook, John McRoberts, Kirk Westergaard and Kenneth Kelly won silver in the Sonar category, with Great Britain winning gold and American bronze on Lake Lanier in Georgia at the 1996 Paralympic Games.

“For four decades…my passion, my obsession in life was the sport and recreation of sailing,” Cook wrote, on his website.

“I first got the idea at 19 from a couple of colleagues who were young but seasoned sailors. One of them had sailed around Vancouver Island, with a friend, on a tiny 18ft keelboat. After hearing their stories, I immediately started dreaming of sailing and soon bought my own boat. I wanted to create my own memories for life. This led to the victory of numerous local and regional events in open competition and a silver medal in sailing’s debut at the 1996 Paralympic Games in Atlanta.

After 2008, when the actual navigation became too difficult, Cook started to participate in races of radio-controlled miniature sailboats: “It gave me a new lease of life. Sailing gave me this much-needed reason to live.

Cook was working on his autobiography, Time stops for no One, at the time of his death. Proceeds were to go to charitable causes.

“Since soon after diagnosis, independent living has been my primary goal,” Cook wrote, on her website.

“Throughout my life, my strategy has been, and continues to be, to live as meaningful and happy a life as possible while keeping busy. Time stands still for no one, hence the title of my autobiography My biggest lesson learned is that our attitudes are within our control to change.

Cook became an inspiration, from local recreational sailors to those on the island who made it to the Olympics and Paralympics.

“He was a mentor and an inspiration who loved sailing,” said Stacie Louttit of Victoria, who with McRoberts won bronze in the Scud class of sailing at the 2008 Paralympic Games in Beijing.

“David was a smart sailor. He was a character. He was one of a kind. He was brave and daring.

Cook was founder and director of the Victoria Sailing Foundation, a registered charity since 2000, which has helped at-risk young people and people with disabilities build their confidence. He was one of 31 torchbearers selected to carry the flame in Greater Victoria ahead of the Vancouver 2010 Paralympic Winter Games.

“There were so many people that David influenced over the years, especially young people,” said Gail Pohl, friend and colleague from the Royal Victoria Yacht Club.

“It’s because he had a very positive outlook on life. David would go down but he would bounce right back. He was so smart on the water and loved to compete.

Cook is survived by his wife Raewyn.

A celebration of life will take place this summer at the Royal Victoria Yacht Club.