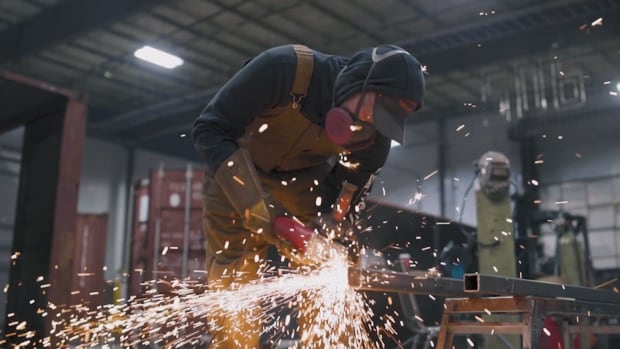 A parking lot on Saint John’s waterfront is being transformed into a one-stop destination for cruise passengers, music lovers and locals.

Ray Gracewood, the founder of the live music festival, said the new container village planned for the Water Street waterfront will appeal to music lovers and cruise passengers. The village will be open every cruise day, but there will also be standard opening hours when there are no ships in port so locals can browse the site and its assortment of vendors.

Not only will Area 506 concerts be held on site, but other entertainment will be held throughout the summer months.

Gracewood said the plan calls for a soft opening on June 8, when the season’s largest cruise ship – Oasis of the Seas with 5,400 passengers – is expected to be in port. An official open day will take place on June 10 and 11. It will be followed by a film festival and a concert. Then comes the Memorial Cup and its related festivities.

The new container village will be the site of the Memorial Cup Bash on the Bay, which will feature 10 live musical events.

At present, several of the shipping containers are still being upgraded to a large warehouse on the west side. Gracewood said workers have been modifying containers over the past two months at the 110,000-square-foot site it calls “the container loft.”

“It’s been a great base for us for welding, carpentry, electrical, painting – all the things we need to get together in June.”

Fifty-four modified containers will make up the container village. Gracewood said it would be a combination of retailers, service providers and vendors in a “marketplace-style environment.”

He said there will also be an area with a stage, a waterside viewing area and a container bar. The beer garden will feature three levels of outdoor patio that will provide views of the Bay of Fundy and the stage.

Another area, called “graffiti alley”, will offer a place for local art “and just a cool place to sit and have a coffee”.

“We would probably target up to 38 different suppliers. I think where we’re going to land is probably closer to 30. As we’ve seen, many suppliers are actually interested in a full 40ft container at the instead of half a 40 ft. container, which was our original plan.”

Gracewood said it was the versatility of shipping containers that appealed to them. Besides their usual use for shipping goods, they have been used for everything from storage to low-cost housing.

He said the containers give organizers great flexibility for the Area 506 event’s unique waterfront location. And they’re easy to assemble. Gracewood said “they go together like Legos”.

Gracewood said they had gathered information and ideas about similar projects in North America, but were always aware of the uniqueness of a location on the Bay of Fundy waterfront. This meant they had to account for wind and other weather conditions.

“So for the most part we kept it at a maximum of two containers high, so about 20 feet high. And obviously the containers are built to withstand high winds, if you can imagine, you know, how they are transported across the sea and how they are kept in ports for long periods.”

After two cruise seasons in a row canceled due to the pandemic, the Port of Saint John is excited to welcome ships back this season.

The industry brings in about $68 million a year, said Port of Saint John’s Natalie Allaby.

“There are so many stakeholders and so many businesses in the downtown area, as well as in the Bay of Fundy region, that have really suffered over the past two years due to the absence of this sector.

“I’m excited for the port, but I’m really excited for all those people who just hung their hats on this sector and need it back to survive.”

When people think of the cruise industry, they naturally think of passengers, Allaby said.

“Sometimes the people who are often overlooked are the crew,” she said. “Often these crews have been at sea for months and months on rotating contracts, and they just want to connect and talk to their friends and family around the world.”

Allaby said port officials have made a “special request” on behalf of crew members to create a private crew-only lounge that includes high-speed internet.

It will be built with two shipping containers at the bottom and one at the top.

“And it’s just going to be a really good space where they know they can go and feel comfortable not being interrupted, because a lot of times cruise passengers will sometimes think that if a crew is in town they can still be approached for any questions or matters related to the ship.And when they are off the ship they are not on duty and they do not want to be disturbed.