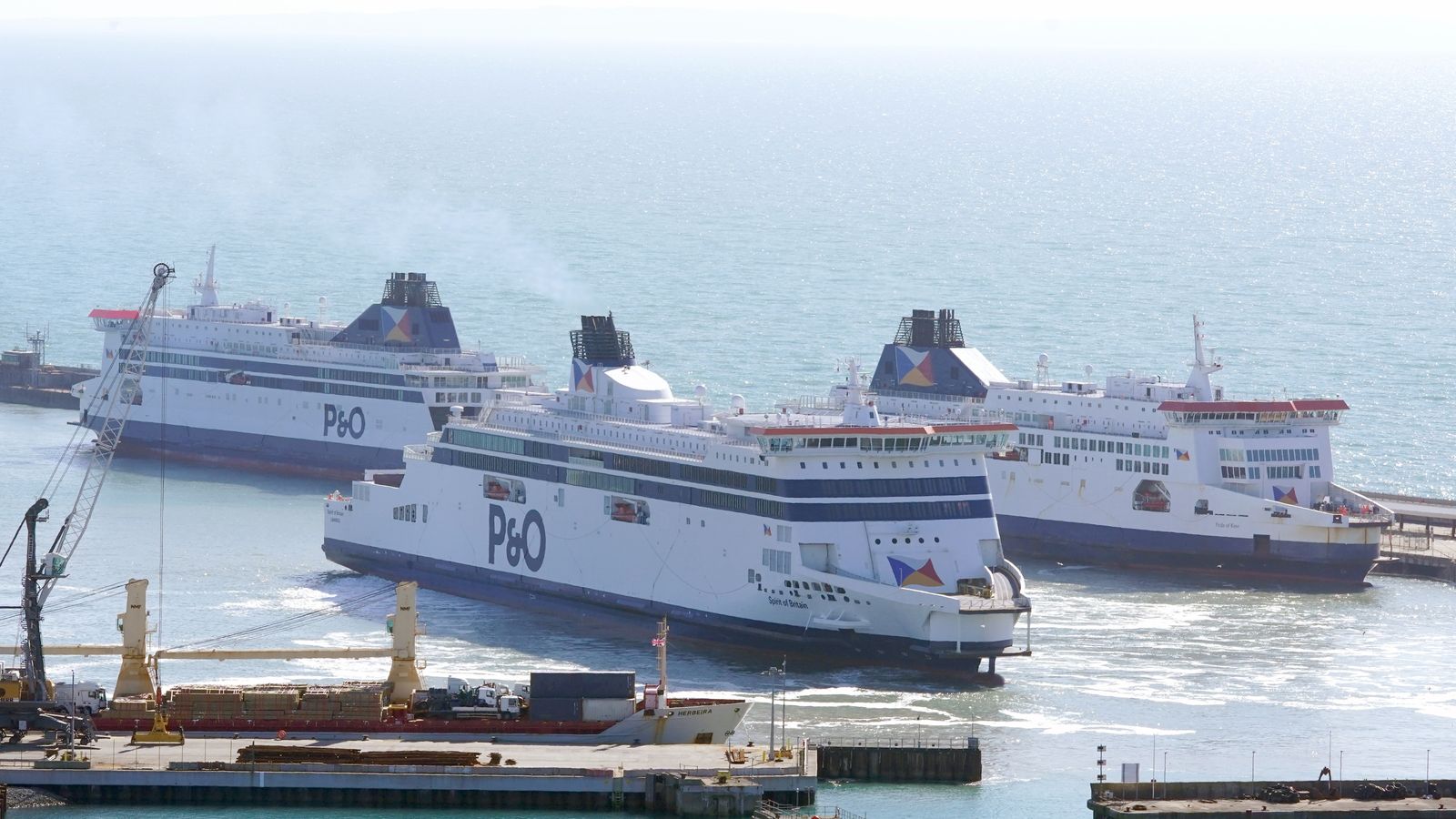 P&O Ferries’ hopes of resuming cross-Channel services between Dover and Calais later this week appear to have suffered a catastrophic blow after a ship was detained for “deficiencies”.

The company, universally condemned for its treatment of nearly 800 sailors fired without notice last month had planned that the new crew led by the agency Spirit of Britain would start the crossings from Good Friday.

Such a move would have potentially allowed the company to support efforts to clear cargo traffic backlogs, mainly caused by the absence of its three Dover-based ships, and ferry Easter holidaymakers to France.

However, following a two-day re-inspection of the Spirit of Britain by the Maritime and Coastguard Agency (MCA), it was confirmed that it had failed a number of key safety tests and was found unfit to be allowed at sea.

A spokesperson said: “The Spirit of Britain has been detained because investigators have identified a number of deficiencies which constituted grounds for detention.

“We have advised P&O to invite us back once they have resolved the issues. We don’t know when that will be yet.”

It is unclear whether the MCA planned to imminently inspect the Pride of Canterbury or the Pride of Kent, which also sail the Dover-Calais route in normal times.

The Pride of Hull, which operates between Hull and Rotterdam, and European Causeway, which connects Larne to Cairnryan, are the only two P&O vessels to have been re-inspected and cleared to return to service.

The Pride of Kent remains in custody while the others have yet to be vetted.

The dismissal scandal proved to be a thorn in the side of the government, which lobbied for action against society.

Yet he needs to get the P&O fleet back into service to curb the queues in Dover.

The Department for Transport’s plans to prevent a repeat of the saga – which include giving port authorities the power to stop ships from sailing if owners flout minimum wage rules – have also encountered opposition.