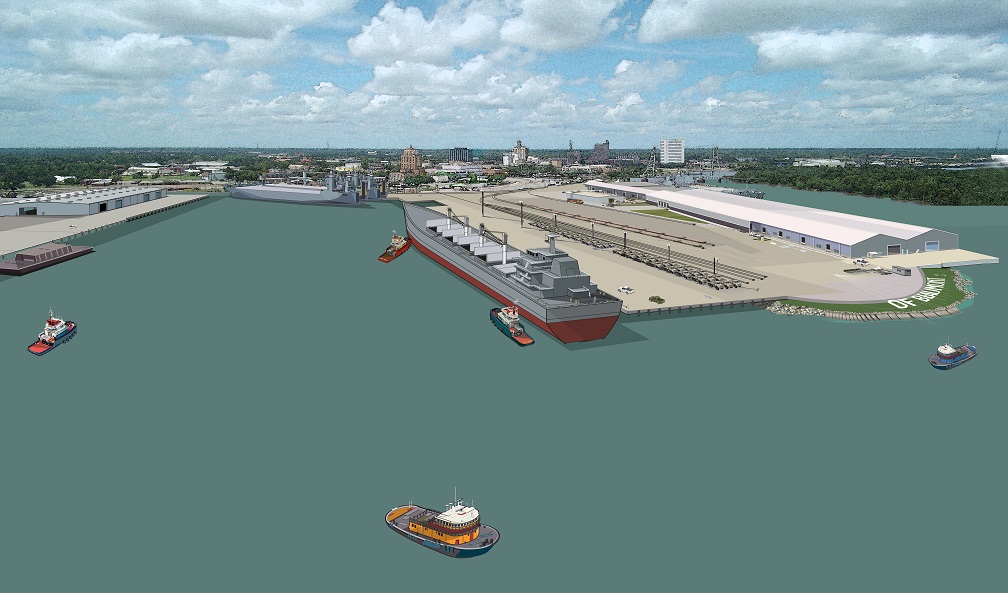 The Port of Beaumont has begun construction on Phase II of its Main Street Terminal 1 project.

The Main Street Terminal 1 project is the largest of 20 projects in the Port’s 2022 Capital Improvement Plan.

Phase II of the project includes the demolition of a failing wharf structure and the construction of a new state-of-the-art general cargo bridge, according to a press release.

The project comes after the Beaumont Port Board of Commissioners approved a $57 million construction bid – awarded to McCarthy Building Companies – for a project that would increase the port’s general cargo handling capacity by more than 15%. .

Funding for the project comes in part from the 2017 General Obligation Bonds, a 2019 U.S. Department of Transportation grant that better leverages investments to leverage port development and revenue.

“This project has been a labor of love,” Port Manager Chris Fisher said in the press release. “With over 10 years invested in engineering the project, optimizing the design, obtaining grants and obtaining final approvals, it is incredibly rewarding to see it moving forward.”

Two of the goals of redesigning the terminal were to make it more durable and resilient.

These goals are achieved through the use of concrete piles which provide a corrosion-resistant base for extended life and resilience, the statement said.

There will also be a new fender system that includes an energy absorbing component to reduce loads on the dock.

The new wharf will consist of concrete piles, cast-in-place concrete copings and beams, precast concrete deck panels and a concrete cover slab. It will be 1,200 feet long and 130 feet wide, with a center section 152 feet wide.

By the third quarter of 2022, the port expects more than $100 million in new projects to be underway, including three new wharves and a new rail interchange.

“With the additional capacity, we will be able to better serve existing customers and welcome new customers,” Fisher said in the release.

The project is expected to be completed by June 2024.